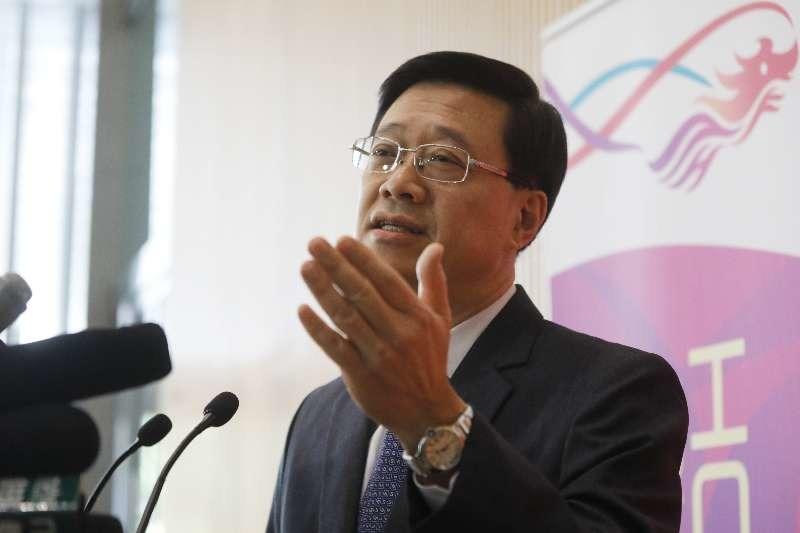 HONG KONG – Hong Kong police have notified a local pro-independence group of the intention to ban its operation in accordance with the Societies Ordinance, the city's security chief said on Tuesday.

Secretary for Security John Lee Ka-chiu said at a press briefing that he had received a recommendation from an assistant Societies officer to make the move.

The Hong Kong National Party will get 21 days to make representations in writing and explain why the Secretary for Security should not make such an order, Lee said.

The deadline for submission of the explanation is 5 pm on Aug 7.

Lee said he will not make a decision before the deadline ends, or he receives the group's written representations within the deadline.

According to Section 8 of the Societies Ordinance, the Societies Officer may recommend the Secretary for Security make an order prohibiting the operation of a society if he reasonably believes the prohibition of the society's operation is necessary in the interests of national security, public safety, public order or the protection of the rights and freedoms of others.

This is the first time Hong Kong police have enforced Section 8 of the Societies Ordinance since the city’s return to the motherland in 1997, said Lee.

People enjoy freedom of association in Hong Kong, but such freedom is not limitless, he said.

As stipulated in the Hong Kong Bill of Rights Ordinance, lawful restrictions may be placed on the exercise of freedom of association if they are necessary in the interests of national security or public safety, public order, the protection of public health or morals or the protection of the rights and freedoms of others, Lee added.

Founded in 2016, the Hong Kong National Party claims to uphold "a self-reliant nation" and an "independent Hong Kong" as its goal.

Its convener, Andy Chan Ho-tin, acknowledged receiving a letter from the police on Tuesday, as he uploaded the bilingual message onto the group's social media page.