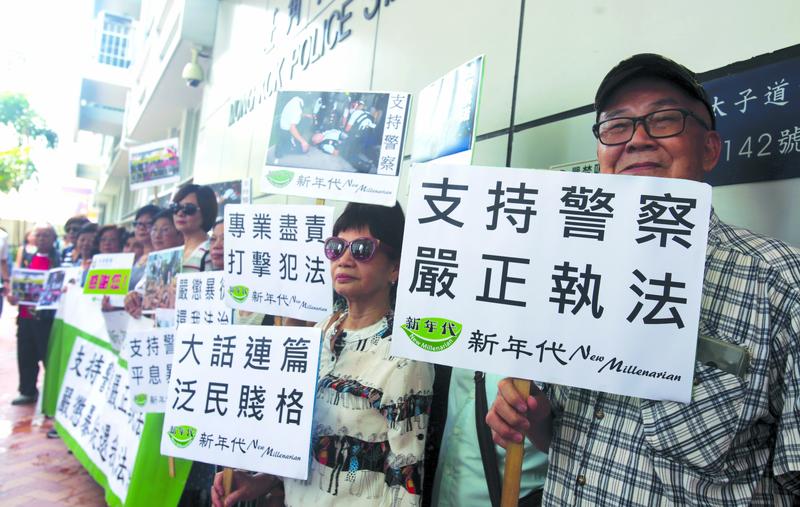 The continued cyberbullying of Hong Kong police officers has sparked growing condemnation in society, as police say the attacks have worried front-line officers and could adversely affect morale.

Personal information of more than 500 police officers and their family members have been disclosed as of Tuesday, according to police

Police officers have expressed concern about the safety of their families, as hundreds of police officers and family members have suffered online privacy breaches, personal attacks and threats. The officers’ personal data has been circulated on social media since police clashed with demonstrators opposing the government’s extradition law amendment bill.

The Hong Kong Police Force issued a statement on Wednesday condemning the disclosure of the personal data.

It is a criminal offense to obtain personal data through unlawful means or disclose personal data without consent of the party concerned, the statement read.

Posts on online platforms show the officers’ names, telephone numbers, home addresses, photographs, and even family information. There are also graphic expressions of hate speech, calling police officers “loyal dogs of the government”. Some even advocate the “heroic” bullying of police officers’ children to death.

Personal information of more than 500 police officers and their family members have been disclosed as of Tuesday, according to police.

A police officer who wishes to remain anonymous told China Daily the cyberbullying had caused great anxiety among front-line officers. They fear the leaked data could lead to more vindictive acts against them, he added.

The officer, who has about 35 years of service, said such concerns might also encourage colleagues to resign from front-line services, which would dent the morale of the entire force.

Paul Wong Wai-ching, associate professor of the department of social work and social administration at the University of Hong Kong, said cyberbullying hurts the police greatly because they are being attacked by the very people they have sworn to protect.

He said cyberbullying triggers negative emotions among its victims, including anger, self-doubt and depression. In the most serious incident, it could lead to suicide attempts, Wong said.

Barrister Lawrence Ma Yan-kwok called for an immediate end to the cyberbullying. He said some of this behavior was illegal, such as criminal intimidation and disclosing personal data obtained without the consent of the party involved.

Under the Personal Data (Privacy) Ordinance and Crimes Ordinance, these two offenses carry a maximum sentence of five years in prison.

Stressing that the internet is not lawless, Ma also urged police to closely monitor the situation and charge some of ringleaders as soon as possible to deter others.