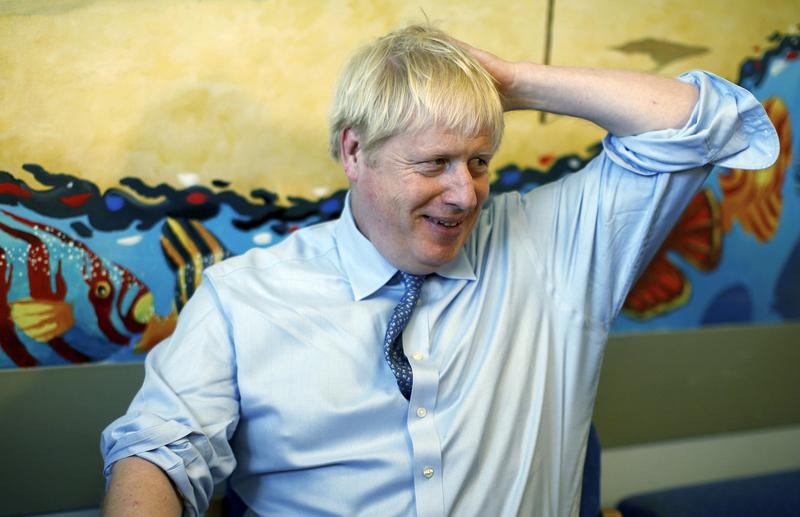 LONDON — British Prime Minister Boris Johnson is facing rising criticism of his Brexit strategy at home as he increases pressure on the European Union to re-open negotiations ahead of key meetings with his French and German counterparts later this week.

The prime minister's office said Monday that the right of EU citizens to work in the UK without restrictions would end on Nov 1 if Britain leaves the bloc without a Brexit deal.

British government officials also rejected demands by lawmakers for Johnson to recall Parliament from its summer recess so that lawmakers can scrutinize the prime minister's Brexit strategy.

Now, of course, our friends and partners on the other side of the Channel are showing a little bit of reluctance at the moment to change their position

ALSO READ: For Johnson, Brexit a hard nut to crack

The developments came a day after a leaked report showed that the British government is preparing for widespread shortages of food, fuel and medicines in the event of a no-deal Brexit. Since taking office last month, Johnson has pledged Britain will leave the EU on Oct 31 with or without a deal, saying the only way to force European officials to negotiate is to make sure that leaving without an agreement is a real possibility.

"Now, of course, our friends and partners on the other side of the Channel are showing a little bit of reluctance at the moment to change their position," Johnson told Sky News on Monday. "That's fine - I'm confident that they will - but in the meantime we have to get ready for a no-deal outcome."

Johnson plans to meet with German Chancellor Angela Merkel on Wednesday in Berlin and French President Emmanuel Macron on Thursday in Paris, before traveling to a summit of G-7 leaders this weekend in Biarritz, France.

Meanwhile, more than 100 British lawmakers have signed a letter asking Johnson to recall Parliament because of concerns about his Brexit strategy. Caroline Lucas, the Green Party's only member of Parliament, said lawmakers should return to Westminster because of the "impending national emergency" the country is facing.

"MPs should be in Parliament holding an increasingly reckless prime minister to account," Lucas told the BBC. "He's putting his foot on the accelerator, driving the country off the cliff edge as if he had a huge mandate and overwhelming support. Well, he has no mandate for this."

Johnson's government has a one-seat majority in the House of Commons and he hasn't faced a national election as party leader. Johnson became prime minister after the Conservative Party selected him as its leader. He replaced Theresa May, who stepped down after Parliament three times rejected the Brexit deal she had negotiated with the EU.

Jeremy Corbyn, leader of the opposition Labour Party, vowed Monday to do "everything necessary" to prevent the UK from leaving the EU without a deal.

This includes calling a no-confidence vote in Johnson's government and, if it succeeds, fighting the general election with a pledge to hold a second public vote on Brexit, Corbyn said in a speech in Northamptonshire. The public vote would include options on both sides of the question, including the possibility of remaining in the EU.

"If MPs are serious about stopping a no-deal crash out, then they will vote down this reckless government," Corbyn said. "And it falls to the leader of the opposition to make sure no-deal does not happen and the people decide their own future."

Johnson and Corbyn are fighting for support in an increasingly fractious country where Brexit cuts across traditional party lines.

After a 2016 referendum in which the public voted to leave the EU, May spent more than two years negotiating a Brexit divorce agreement with the bloc. It was repeatedly rejected by Parliament, primarily because of concerns about keeping an open border between Northern Ireland and the Republic of Ireland.

Johnson wants to remove the Brexit agreement's so-called backstop clause, an insurance policy that could force Britain to remain part of the European customs union indefinitely to prevent the reintroduction of checks along the Irish border.

Macron and other EU leaders insist the bloc should not renegotiate the hard-fought Brexit agreement.