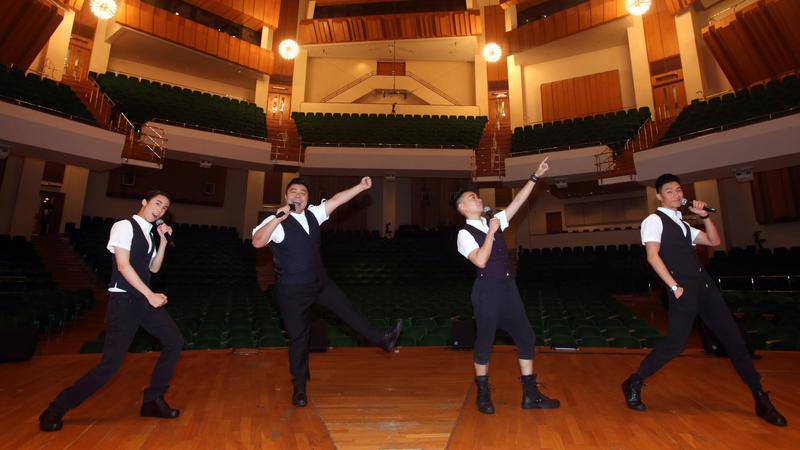 In a cappella music, the voice is the star. In Italian the term translates as “as in the chapel”, to mean singing that is unaccompanied by instruments. At a time when most mainstream music involves computers and multiple layers of beats, instruments and effects, listening to a cappella singing could make for a refreshing change.

Thanks to the popularity of movies such as the Pitch Perfect franchise and television shows like The Sing-Off, a cappella music today is a widely-familiar genre. However, in 1994, when Fung Kwok-tung started an a cappella group with fellow music students at the Chinese University of Hong Kong, very few people had an idea of how singing without musical instruments might sound. The students were looking to do something different at the university’s annual singing competition. “It was supposed to be a one-off. However, once we started, we couldn’t stop and we’ve been at it ever since,” Fung says.

The group was named the Gay Singers as the idea was to share joyful music with the audience. In July this year the group celebrated its 25th anniversary, with three original members, including Fung who still performs regularly in the line-up. Many in the local music circle consider the Gay Singers Hong Kong’s first a cappella troupe.

Fung says a cappella music in Hong Kong grew rapidly from 2006 to 2009. In 2006, Fung set up the Contemporary A Cappella Society of Hong Kong and Macao (CASHM), and in 2009, the city hosted the Hong Kong International A Cappella Festival, inviting many overseas groups to perform.

“At the time, I was teaching a cappella workshops with a number of organizations in the city,” Fung says. “I was also working with six a cappella groups and wanted to find them gigs to perform at and gain some stage experience.”

He was able to do this through CASHM. A friend helped build a website to host information on the a cappella genre as well as the choirs Fung was mentoring. Soon his inbox was flooded with requests to help arrange commercial shows by the groups. In the heyday of a cappella singing in Hong Kong, often the choirs would find themselves too busy to accept requests for more shows. 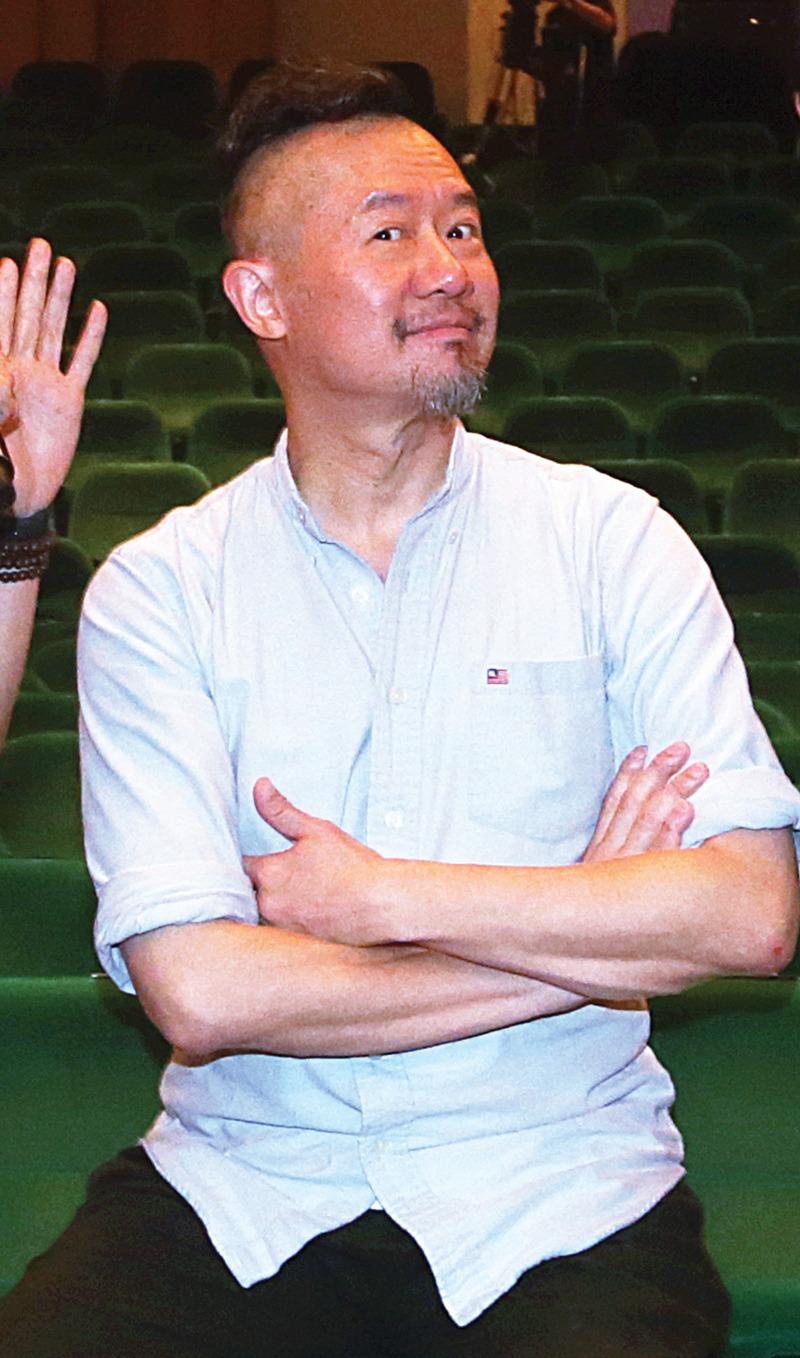 A typical a cappella performance involves several singers with a variety of vocal ranges singing different parts of a song. Usually the performers stand together without moving around during the performance. But there are exceptions, like Yat Po Singers, Hong Kong’s first professional a cappella choral theater company. The group combines a cappella music performances with original theater productions, exploring interactions between music and theater. Last weekend Yat Po Singers performed their latest work, Love, Death, and Everything In-between at Kwai Tsing Theatre.

The group was founded by co-artistic directors Yuri Ng, Patrick Chiu and Ng Cheuk-yin, the last two being former members of the Gay Singers. Their first production in 2008 was based on the city’s geological history. Yuri Ng wanted singers to recreate the feel of echoes reverberating between mountains.

“Once we wrote the music, we didn’t want the singers to simply stand there and sing,” he explains. “They were all young and energetic so we thought they should be moving around.” The production premiered at the New Vision Arts Festival that year to critical acclaim and has seen numerous re-runs since.

All four singers came from traditional singing backgrounds and were used to standing at a particular spot on stage during performances. It took them some time to get accustomed to singing a cappella while in motion. Lau was fascinated by the idea of linking music to body movements.

“We would try and experiment with sounds while moving. For instance, if we move in a certain way, how does it change the sound? I never got to explore this relationship before, so it was interesting to discover that I can actually sing and move at the same time,” he says.

Wong emphasizes that their shows prioritize singing and music above everything else. “The best way to describe our music is that it is a modern take on classical a cappella.” Often there are no lyrics. “It’s mostly sounds and tones to produce a picture or set a soundscape,” he says.

The group’s productions have been well-received by audiences who say that the singers’ movements and expressions help them to listen to and think about the music. Yuri Ng adds that recent productions have featured more text and dialogue to make it even easier for the audience to understand the shows’ deep messages. 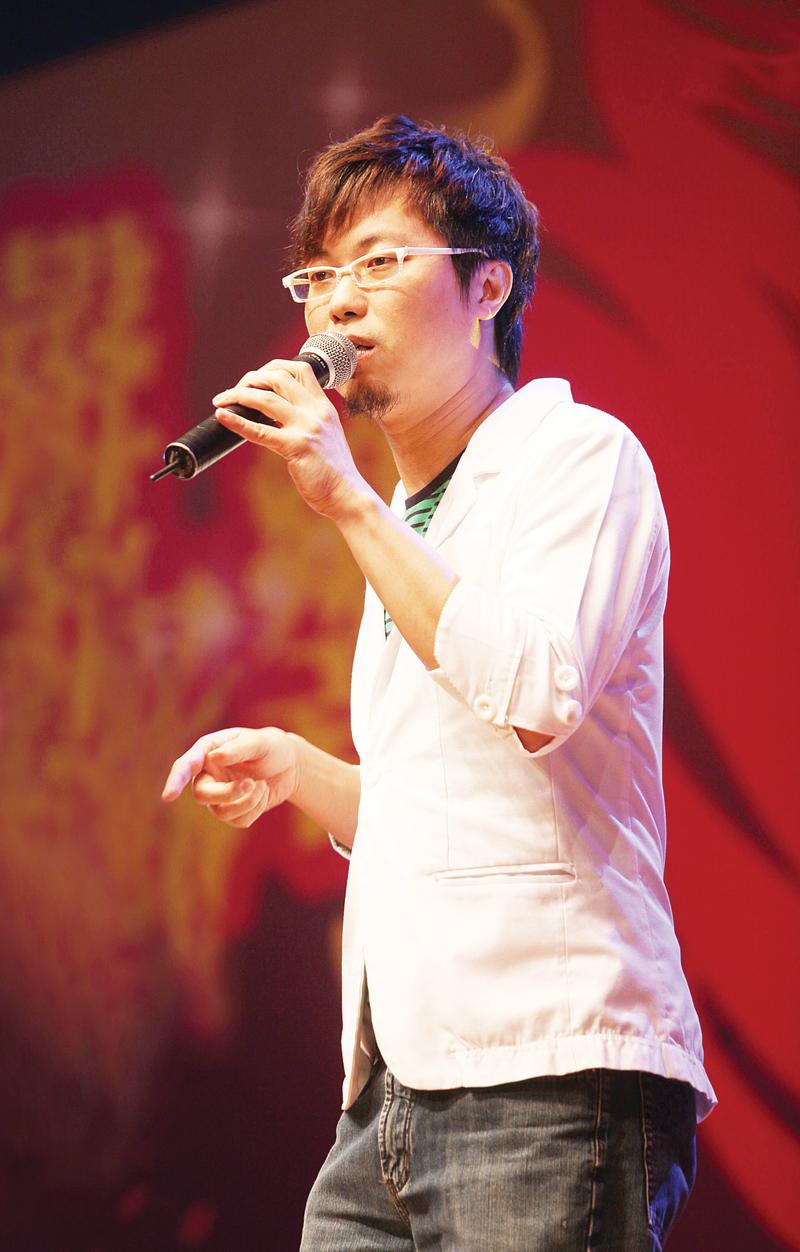 Back in 1994, Fung Kwok-tung started the city’s first a cappella group, the Gay Singers, with fellow music students at the Chinese University of Hong Kong. (PARKER ZHENG / CHINA DAILY)

While there is some interest in a cappella in the city today, enthusiasm has waned compared to its glory days more than 10 years ago. Fung sees the downward trend continuing.

“It used to be something that was new and different, but now it’s become something very common,” he says. “There really hasn’t been as much commercial opportunities for a cappella, except maybe during the holidays like the Lunar New Year and Christmas.”

On the bright side, he says the local a cappella groups still soldiering on have honed their talent to a fine standard. Boonfaysau, a group made of alumni from the University of Hong Kong, won first prize in the 2018 Asian Cup A Cappella Competition, beating participants from Japan and South Korea.

Yat Po Singers agree that local talent is impressive, mentioning a number of talented secondary school a cappella troupes and an increase in the number of a cappella competitions. The group has helped popularize the form by hosting workshops for young composers interested in the potential of the human voice and collaborating with practitioners of other art forms.

“We work with many local groups and have been able to attract people from their circles to come watch what we do — people who otherwise wouldn’t be interested in watching an a cappella performance,” Lau says. “They learn that it’s possible to mix a cappella music with other things like theater, dance and Chinese opera. The possibilities are endless.”