S. Korea, US fail to narrow gap over cost-sharing for US troops 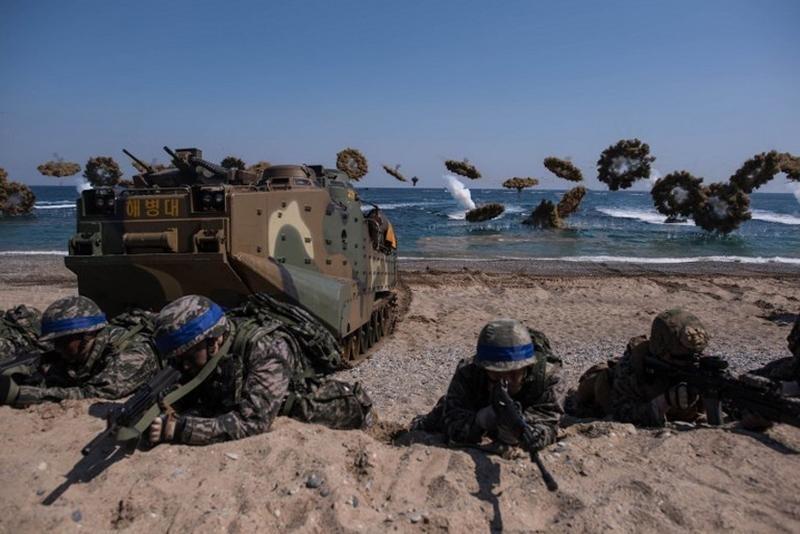 In this March 12, 2016 photo, South Korean and US soldiers take a position during an annual joint military landing exercise in Pohang, on South Korea's southeast coast. About 28,500 US soldiers are stationed in South Korea as a legacy of the 1950-53 Korean War that ended with an armistice. (ED JONES / AFP)

SEOUL – Washington and Seoul have failed to narrow gap in negotiations over how much the latter would pay for the US troops stationed in South Korea, local media reported Friday citing the foreign ministry.

Senior diplomats from the two allies had held negotiations in Seoul for three days through Thursday to strike a deal on the Special Measures Agreement (SMA) that stipulates the cost-sharing between Seoul and Washington for the US Forces Korea (USFK).

The current five-year accord will expire at the end of this month.

About 28,500 US soldiers are stationed in South Korea as a legacy of the 1950-53 Korean War that ended with an armistice.

The local media quoted a South Korean foreign ministry official as saying that the two sides failed to reach an agreement because of the still big difference in the total amount of Seoul's financial contributions.

South Korea paid 960 billion won (US$850 million) for the stationing of the USFK. The United States asked Seoul to sharply raise its yearly contribution, as much as to double the current amount, according to local media reports.

ALSO READ: US forces moving to new military base to south of Seoul

The failure to reach the deal has been forecast to cause a problem to about 8,000 South Korean civilian workers who are employed by the USFK. About one-third of Seoul's financial contributions is reportedly used for their wages.