By ​Palden Nyima and Daqiong in Lhasa 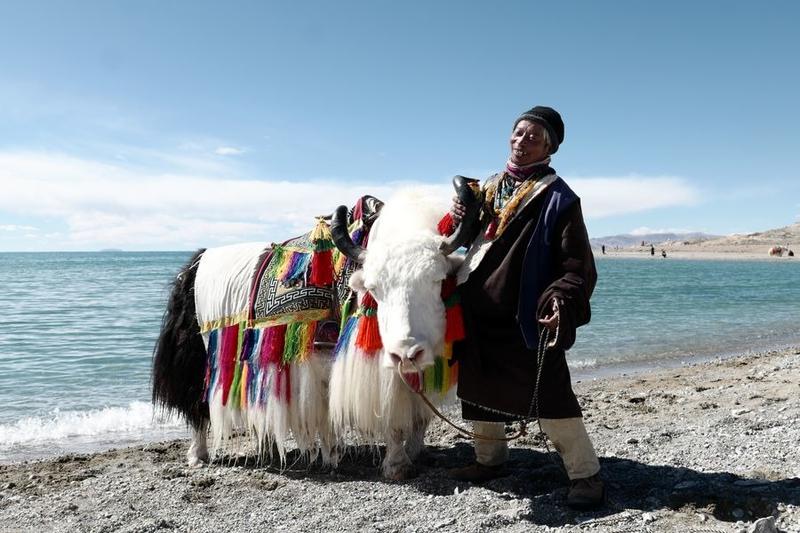 The Tibet autonomous region has essentially overcome extreme poverty, according to the regional government's work report, published on Tuesday.

Qizhala, chairman of the regional government, said at the ongoing third session of the 11th Tibet People's Congress that the region removed the last 19 impoverished areas from the poverty list and lifted 150,000 people out of poverty last year.

"Absolute poverty has been basically eradicated (in Tibet)," said Qizhala. "We are poised to achieve overall victory in the fight against poverty."

Migmar, director of Layak, a village in Saga county, said 100 people in 33 households in the village were lifted out of poverty thanks to various poverty relief projects.

Qizhala, chairman of the regional government, said that the region removed the last 19 impoverished areas from the poverty list and lifted 150,000 people out of poverty last year

"Our village had no proper roads or safe drinking water before 2016. Villagers had to travel 30 minutes by tractor or motorcycle to carry water, and the road was terrible," she said.

Migmar said all of the families in the village now have access to tap water, and the village has paved roads.

The creation of three cooperatives in the village had been instrumental in the effort to improve residents' standard of living.

One of these, a textile workshop, produces quilts, blankets, and other handicrafts using locally sourced wool.

Most of the poverty-stricken families were encouraged to invest in the workshop, said Migmar.

"The village officials have organized a great deal of training for residents to help them learn skills and find employment, and this has also really helped the villagers change their views on work and making money," she added.

"Instead of staying at home and doing traditional farming and herding, in recent years most villagers have started to find other ways to create wealth. The change in their outlook has been a key element of this."

In Tuesday's work report, Qizhala said the region had seen a new breakthrough in employment last year, with more than 52,000 jobs provided to urban residents, and the urban registered unemployment rate remained under 3 percent.

In 2019, more than 60,000 jobs had been created for university graduates, the report said, and more than 98 percent of Tibetan college students had found jobs.

Qizhala added that the region aims to create 50,000 urban jobs in 2020 to ensure its urban registered unemployment rate does not rise above 3.6 percent.

According to the work report, the gross domestic product in Tibet was estimated at more than 160 billion yuan (US$23 billion) last year, an increase of around 9 percent year-on-year.

Meanwhile, the per capita disposable income for the region's urban and rural residents in 2020 is estimated to grow 10 percent and 13 percent, respectively.

In 2020, Qizhala said Tibet's GDP is expected to maintain stable growth of 9 percent. Total retail sales of consumer goods are forecast to grow by 10 percent this year.