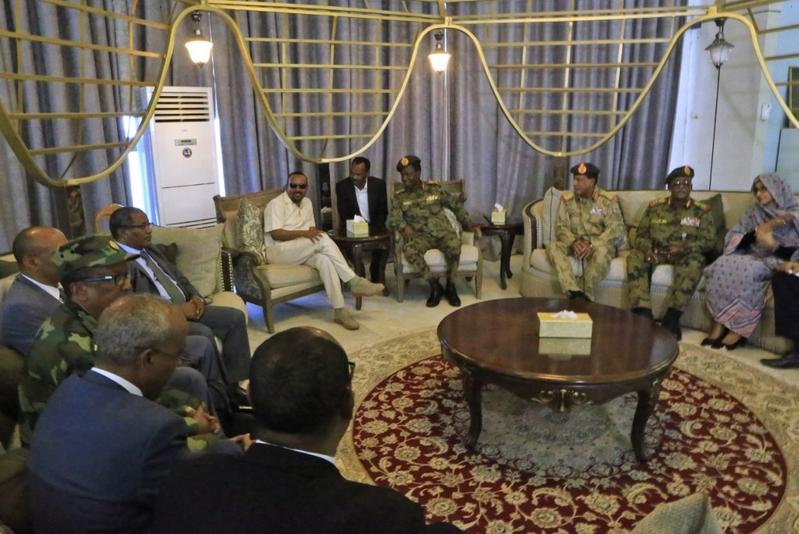 KHARTOUM, Sudan — Ethiopia's prime minister arrived in Sudan on Friday to try and mediate between the ruling military and the country's protest leaders amid an army crackdown that has killed over 100 people this week.

Prime Minister Abiy Ahmed was met by Sudanese generals who in April ousted longtime autocrat Omar al-Bashir and took over the country after four months of mass protests against his rule.

The young Ethiopian reformist premier — who since taking office a year ago has been at the center of high-profile diplomatic efforts in the Horn of Africa region, including a surprise restoration of diplomatic ties with rival Eritrea — first went into a meeting with Gen. Abdel-Fattah Burhan, the head of the ruling military council.

Abiy was also expected to hold talks separately with the Forces for the Declaration of Freedom and Change, a coalition of political groups and parties that represent the protesters who have been demanding that the military hand over to civilian rule.

The visit comes after the African Union, based in Ethiopia, suspended Sudan on Thursday over the deadly crisis roiling the nation. The AU also threatened "punitive sanctions" if the military doesn't quickly relinquish power to civilians.

The crackdown — a new violent chapter for Sudan — started on Monday when security forces dispersed the protest movement's main sit-in outside the military headquarters in the capital, Khartoum. Protesters alleged that since then, the paramilitary Rapid Support Forces and other security forces have carried out attacks in over a dozen cities and towns, killing, beating and raping civilians.

According to Sudan Doctors' Central Committee, one of the protest groups, the casualty tolls on Friday stood at 113 people killed and more than 500 wounded. More than 40 bodies of people slain in the crackdown were pulled from the Nile River this week in Khartoum, the group added. Security forces were seen taking the bodies away but the committee said it wasn't known where they were taken.

As Abiy met with Burhan and other generals on Friday, the head of the Rapid Support Forces, Gen. Mohammed Hamdan Dagalo — better known as Hemedti — was "conspicuously absent" in photos shared by the Ethiopian prime minister's office, according to Rashid Abdi, a former project director with the International Crisis Group.

"That is significant," he wrote on Twitter. "Lends credence to reports of push to sideline the RSF commander."

Dagalo's forces are blamed for the latest atrocities in the crackdown. The RSF grew out of the Janjaweed militias used by al-Bashir's government to suppress the Darfur insurgency in the early 2000s, a scorched-earth campaign that led to his indictment by the International Criminal Court on charges including genocide. 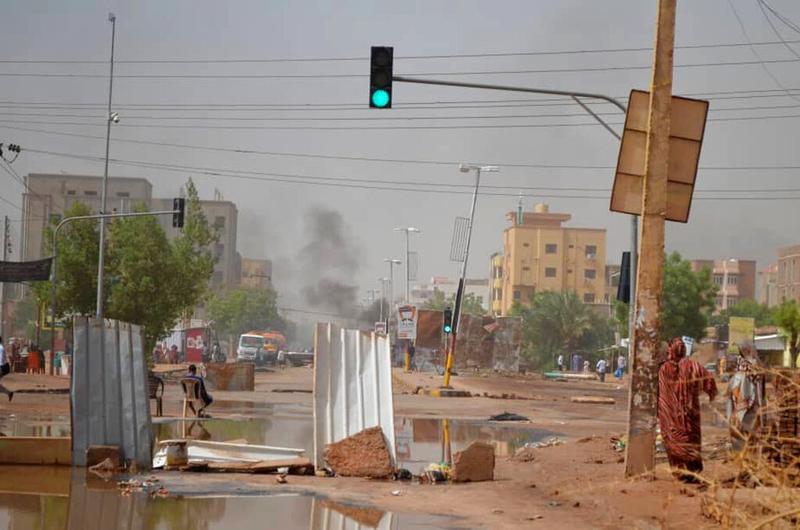 Smoke rises behind barricades laid by protesters to block a street in the Sudanese capital Khartoum to stop military vehicles from driving through the area on June 5, 2019. (MOHAMMED NAJIB VIA AP)

After al-Bashir's ouster, the Ethiopian prime minister congratulated the Sudanese people for their "resilience in leading change" toward a democratic Sudan. He met with Burhan during the general's visit to Addis Ababa last week, during which he committed to "non-interference" in the situation but urged inclusiveness in the political process.

According to Sudan Doctors' Central Committee, one of the protest groups, the casualty tolls on Friday stood at 113 people killed and more than 500 wounded

Meanwhile, the UN health agency said Friday it is gravely concerned over the targeting of patients, medical staff and facilities in Sudan during the military's crackdown.

Security forces are making "incursions into Khartoum hospitals," the World Health Organization (WHO) said, forcing shutdowns of emergency and health services. Five patients and medical workers have been injured.

"These actions represent a total and unacceptable violation of international human rights law and must stop," WHO said.

The agency also added that tent clinics set up to treat injured protesters have been set on fire and destroyed, medical equipment looted, and health care workers assaulted. Rapes of female health workers have also been reported.

Talks between the ruling military council and protesters over the make-up of a transitional government following al-Bashir's ouster had been halted amid the crackdown.

Leaders of the protest movement turned down an offer by Burhan to resume talks this week, saying they could no longer trust the generals while troops are shooting and killing protesters.

The Sudanese Professionals' Association, which has been spearheading the anti-government protests since December, said it would instead press its campaign of civil disobedience until the military council is ousted and killers of protesters are brought to justice.