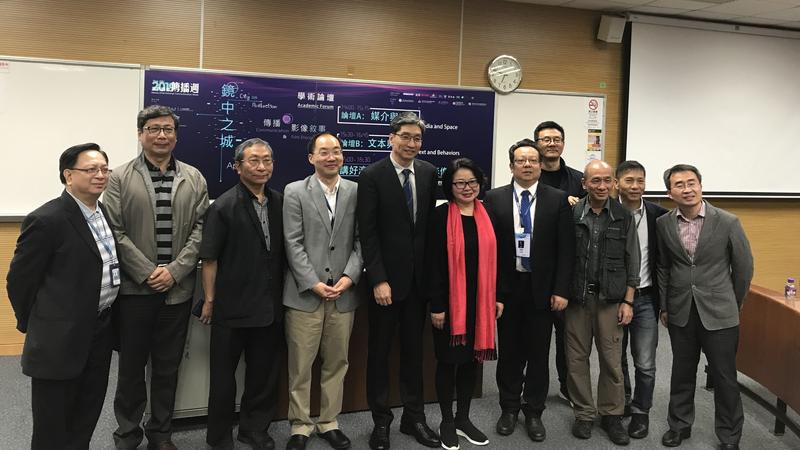 Guests of the 6th Macao International Communication Week pose for a group photo at Macau University of Science and Technology on April 1, 2019. (LI BINGCUN / FOR CHINA DAILY)

MACAO - Amid China’s drive to promote its global image, Macao, with its rich history and culture, should boost its efforts to promote itself by using more innovative tactics, media experts said on Monday.

They made the remarks at a panel discussion of the Sixth Macao International Communication Week, an annual event for media practitioners and scholars held at the Macau University of Science and Technology.

Guests from various sectors in Macao and the mainland shared their views on ways to boost the city’s presence in the world.

Yu Yunquan, deputy director of the China Foreign Languages Publishing Administration’s Center for International Communication Studies, said that after remarkable economic achievements in past decades, the Chinese mainland is endeavoring to expand its global influence and enhance international status.

Macao, a special administrative region with a unique role in the country’s development, should put more effort into promoting its attractions, Yu said.

Macao has much to show to the world - in political, economic and cultural areas. All of these could become its selling points, Yu said.

The blending of Chinese and Portuguese cultures for more than four centuries has given the city a unique image. The Historic Center of Macao, which includes some 25 historic locations, was officially listed as a World Heritage Site by the UNESCO World Heritage Committee.

Since returning to the motherland in 1999, Macao experienced fast-track development. It is now ranked as one of the richest economies in the world on a per capita GDP basis. The city also benefited from the “one country, two systems” principle, Yu said.

With an extensive trading network, it plays a significant role in the country’s national strategies such as the Guangdong-Hong Kong-Macao Greater Bay Area development and the Belt and Road Initiative, Yu said.

Besides, with diverse population, festivals and associations, Macao is also a cultural crossroad between East and West, Yu said.

Agreeing with Yu, Hu Zhifeng, president of the School of Arts and Communication at Beijing Normal University, said that in addition to sightseeing spots, Macao has many other attractions. Its cultural and historic resources could contribute to colorful “stories” for visitors to “read”, Hu said.

Citing Song of Seven Sons, a famous song based on Wen Yiduo’s poem, Hu encouraged more artists to contribute to the future promotion of Macao.

The patriotic song enjoys great popularity across the country. It calls for the return of seven Chinese territories, including Macao, once occupied by other countries in China’s history.