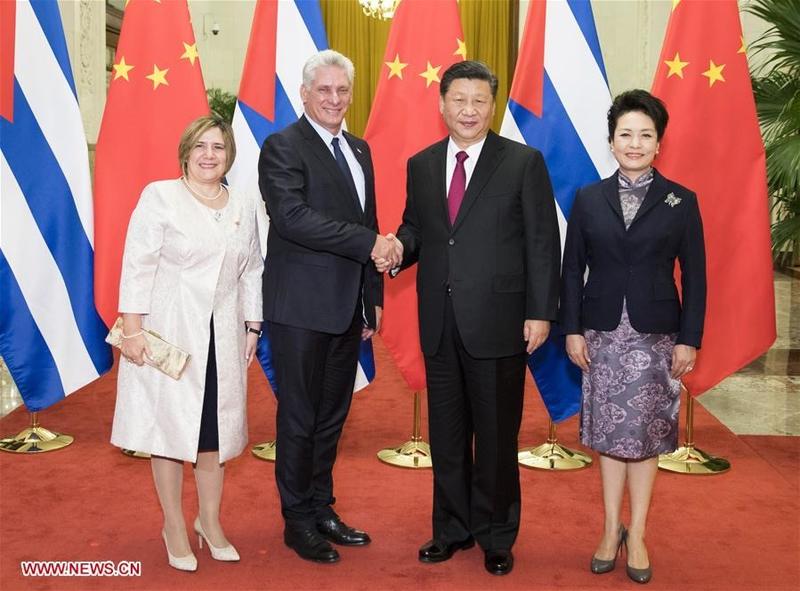 "Fructiferous and unforgettable meeting with President Xi Jinping," said Diaz-Canel in a message posted on his Twitter account.

The Cuban leader met with Xi on Thursday in Beijing with both sides vowing to cherish their traditional friendship and write a new chapter in bilateral ties.

"Between tradition and the projection to the future, China opens doors where others raise walls," added the Cuban head of state on his Twitter post.

Diaz-Canel said in another message that China, with its "technological advances and openness to the world," provides confidence in the future.

"China's friendship honors us and its example inspires us. Our historical relations that are paradigmatic, are strengthened and expanded," he said.

Diaz-Canel, who arrived in Shanghai Tuesday to start his three-day state visit, said that Cuba appreciates China's lasting support and the new generation of Cuban leaders will staunchly continue the traditional friendship with China.

He said Cuba admires the achievements China has scored and highly agrees to the development ideas put forward at the 19th National Congress of the Communist Party of China.

Cuba is willing to learn from China to update its domestic economic and social model and promote the cause of socialist construction, he said.