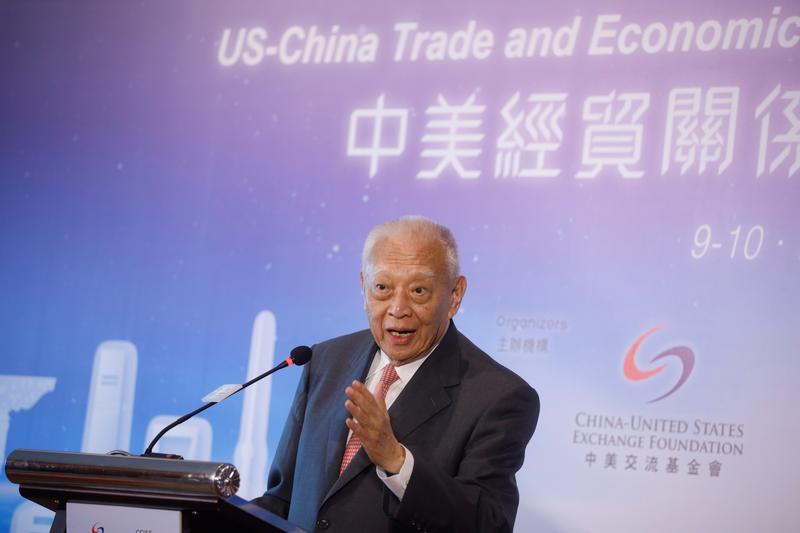 "For our generation, patriotism is natural and is in our blood," Tung, 82, told Xinhua in a recent interview. And passing on the love for the country to the next generation is a key task which Tung has been devoted to.

The influence of more than 100 years of colonial rule does not perish easily, and therefore history education for young people is crucial

Tung Chee-hwa, former and the first chief executive of HKSAR

"The influence of more than 100 years of colonial rule does not perish easily, and therefore history education for young people is crucial," he said, adding that "only after learning about history can we understand how amazing China's achievements are in the past decades."

Looking back at the eight years in office as the first chief executive of HKSAR, Tung said he knew that "one country, two systems" was a great, unprecedented cause that cannot fail, so he kept encouraging himself to "work hard every day" for it.

During his time in office, Tung has delivered eight policy addresses in total, targeting diverse areas but never leaving out one point - calling on people in Hong Kong to better understand the motherland and encouraging them to take pride in being Chinese.

Tung was presented national medals and honorary titles on Sept. 29, before the 70th anniversary of the founding of the People's Republic of China, for his outstanding contribution to "one country, two systems."

"The majority of people in Hong Kong are well aware of the importance of 'one country, two systems' to our country and to Hong Kong," Tung said.

"In implementing the principle, people always keep in mind that 'one country' is the premise of 'two systems.' This is an important reason for the success of 'one country, two systems' in Hong Kong," he added.

Ever since the outbreak of the current unrest in Hong Kong in June, Tung has once and again stood out to condemn the violence that threatens Hong Kong's stability and to voice firm support for the HKSAR government to stop violence and restore social order.

With the well-known remarks he made years ago that "Hong Kong's prosperity benefits the country and the country's prosperity in return creates a better future for Hong Kong," Tung has underscored that the fates of Hong Kong and the motherland are closely inter-connected.

The central government has always been endeavoring to ensure the comprehensive and accurate implementation of "one country, two systems" in Hong Kong, and has always extended utmost support for Hong Kong during its most difficult times such as the 2003 SARS outbreak, he noted.

In implementing the "one country, two systems," Hong Kong should stand unswervingly with the motherland in safeguarding national sovereignty, security and development interests, while affairs within the autonomy of the HKSAR should be dealt with by Hong Kong people, according to "Hong Kong people administering Hong Kong" and a high degree of autonomy, he said.