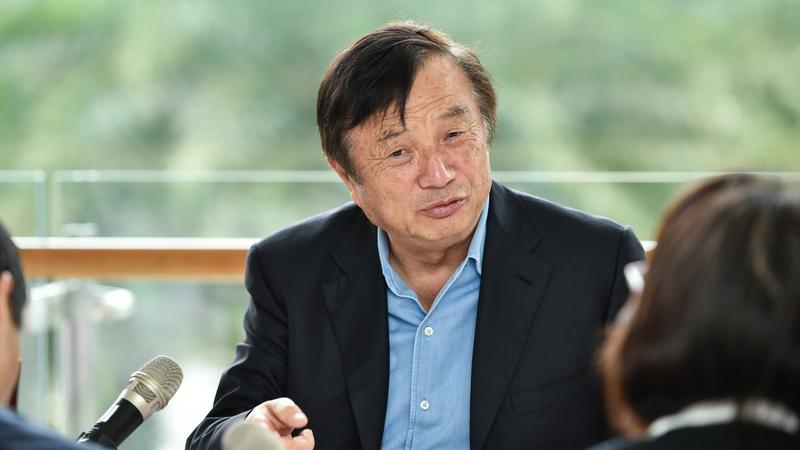 Ren Zhengfei, the 74-year-old founder and president of Chinese telecom giant Huawei, spoke about the company's future and security issues with media at the company's headquarters in Shenzhen.

Six journalists were invited for the meeting, including reporters from the Financial Times, Bloomberg and the Wall Street Journal, a BBC report said, adding that the event was rare as the last such event took place more than three years ago.

"Huawei serves 3 billion customers in 30 years in 170 countries, and has a good safety record. There has never been a major problem," Ren told Financial Times.

"Huawei is an independent business, we are committed to be on the side of our customers when it comes to cyber security and protecting privacy. We will never harm any nation or individual,” the founder said.

"The Ministry of Foreign Affairs has already clarified that no law in China requires any company to install backdoors. Huawei, or me, have never received any request from any government to provide information," Ren said.

Ren also said he was missing his daughter Meng Wanzhou "very much".

Meng, the technology company's chief financial officer, is currently out on bail and faces extradition to the US.

As for the future of Huawei, Ren said that 2019 could be a difficult year, with revenue growing below 20 percent. The company, he said, is targeting US$125 billion in revenue for the whole year, CNBC reported.

Ren also said Huawei would not suffer the same fate if his company were hit with similar sanctions to ZTE.

"We have been investing in R&D heavily for many years ... what has happened to ZTE will not happen to Huawei," Ren said.

The founder also noted that Huawei is not a listed company and does not need beautiful financial report. "We can even reduce our scales if Huawei is not welcomed in some markets," said Ren. "As long as we can survive and feed our employees, there's always a future for us," Ren added.