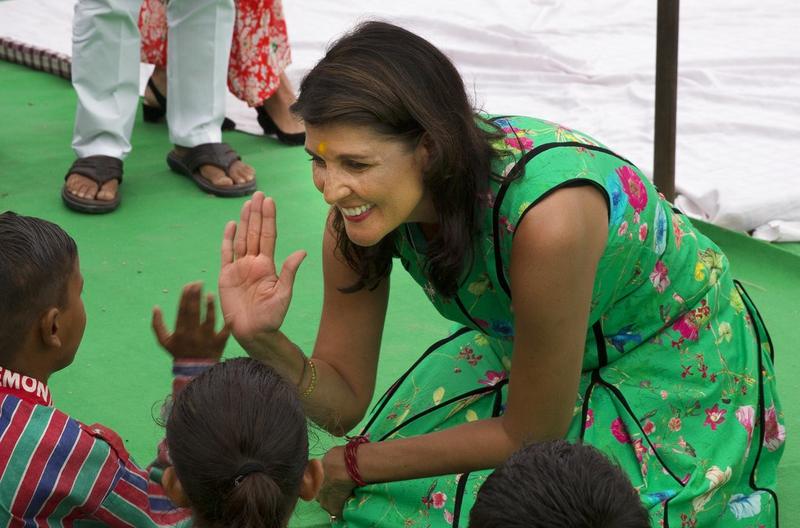 US Ambassador to United Nations Nikki Haley gives a high five to a child at Mukhti Ashram, a shelter for rescued child labor, in New Delhi, India, June 27, 2018. Haley is on a two-day visit to India, during which she will meet India's prime minister, senior Indian officials, business leaders and students. (MANISH SWARUP / AP)

NEW DELHI — US Ambassador to the United Nations Nikki Haley said she sees opportunities in developing stronger ties with India in multiple ways, especially in countering terrorism and military cooperation.

Haley said her two-day visit to India is aimed at solidifying the partnership between the two countries.

Haley, the South Carolina-born daughter of Indian immigrants, told reporters in New Delhi on Wednesday that both countries have a willingness to strengthen their partnership.

US-India relations have generally prospered in the past decade, in part because of the countries' shared concerns about the rise of China. Both sides share goals of security, free navigation, free trade and fighting terrorism in the Indo-Pacific.