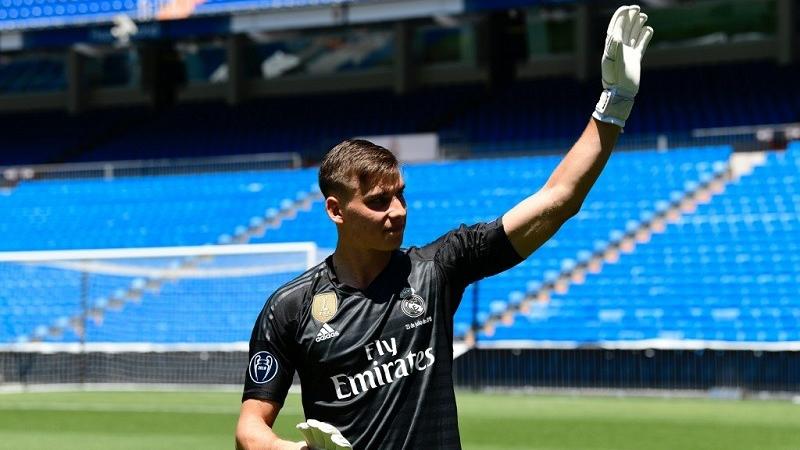 Real Madrid's new Ukrainian goalkeeper Andriy Lunin waves as he arrives to pose on the pitch during his official presentation at the Santiago Bernabeu Stadium in Madrid on July 23, 2018. (JAVIER SORIANO / AFP)

The 20-year-old, who is 1.92 meters in height and weights 80 kilograms, joined Real Madrid at the end of the 2017-18 season and spent the 2018-19 campaign on loan at Leganes, where he made seven appearances in the league and cup and conceded just seven goals.

He was a standout performer in the recent Under-20 World Cup celebrated in Poland, being the winner of the 'Golden Gloves' award for the best goalkeeper in the tournament.

Valladolid's Director of Sport, Miguel Angel Gomez welcomed the signing saying Lunin was "a keeper who was named as the best in the Under-20 World Cup and he has several very interesting facets to his game."

Valladolid kick off the 2019 season with a difficult trip to play Betis on Saturday night.