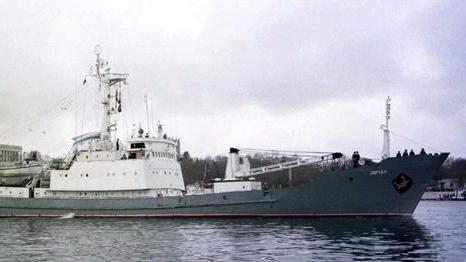 ISTANBUL – A Russian naval intelligence ship sank off Turkey's Black Sea coast after colliding with a vessel carrying livestock on Thursday and all 78 personnel on board were evacuated, Turkey's coastal safety authority said.

The ship, identified as the "Liman", collided with the Togo-flagged "Youzarsif H", the coastal safety authority said on its website.

Turkish authorities dispatched a tugboat and three fast rescue vessels, it said. Turkish shipping agency GAC said separately that the collision was caused due to fog and low visibility.

Turkey's Bosphorus Strait, which cuts through Istanbul, is one of the world's most important waterways for transit of oil and grains. The 17-mile waterway connects the Black Sea to the Mediterranean.