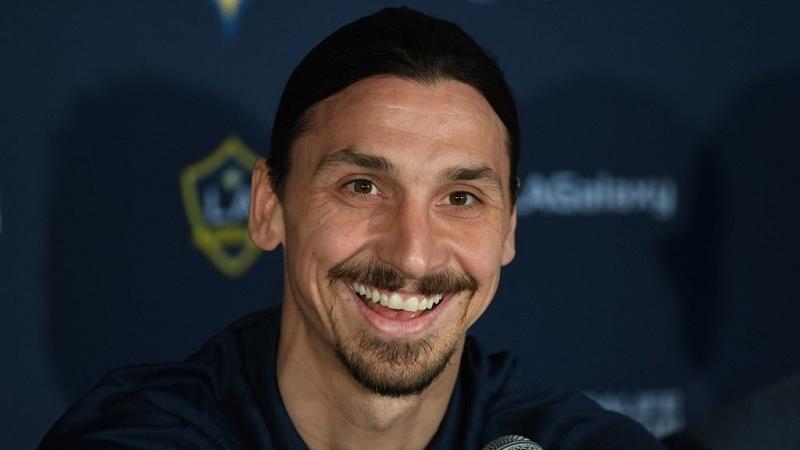 Club president Richard von Yxkull says that "the timing feels good. We have had a strong development in recent years and next year we play in Europe."

The Swedish superstar said Wednesday that he was "impressed with what the club has achieved in recent years."

Ibrahimovic told Swedish tabloid Aftonbladet that at Galaxy he "got a good relationship with the people from AEG. Then I got this opportunity to become a partner with AEG and such an opportunity is impossible to refuse."

The deal means that Ibrahimovic will hold about 25 percent of Hammarby.

In this March 31, 2018 file photo Los Angeles Galaxy's Zlatan Ibrahimovic, of Sweden, acknowledges fans as he walks off the field after an MLS soccer match against the Los Angeles FC in Carson, Calif. (JAE C. HONG, FILE / AP PHOTO)

No financial details were disclosed.

The former Sweden international had in recent days posted a photo of the club green-and-white jersey online, sparking rumors in his native Sweden that he may join the club.

"I am going to help Hammarby to become the best (club) in Scandinavia," he told Aftonbladet.

The 38-year-old Ibrahimovic has previously played for several of Europe's top clubs including Inter Milan, Barcelona and Manchester United.

Earlier this month, Ibrahimovic left the LA Galaxy after two eventful seasons. The Swede scored 56 goals in 52 MLS games after joining the Galaxy in March 2018, injecting a blend of talent and swagger into a stagnating club. This season, he scored a franchise-record 30 goals — more than the rest of the Galaxy roster combined (28).