Beloved cartoonist passes away at 89 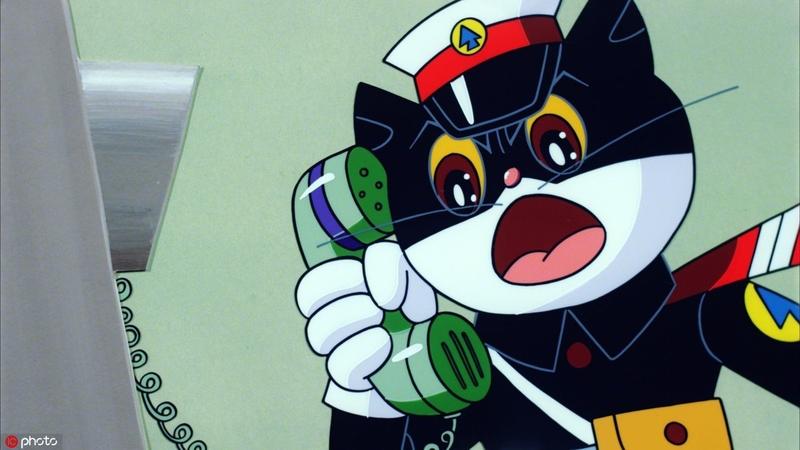 One of Guo Bin's favorite activities during his summer vacation as a child was to take in outdoor movie screenings.

After sunset, he would sit on the sports grounds of his school along with his classmates to watch free movies.

Guo, who was born in Beijing in 1969 to an educated family, said, "Unlike the city now, which is heavily urbanized and developed, back then we had trees all around us and their leaves would rustle in the summer breezes."

One night, before a main film was screened, the audience was shown a short cartoon, Black Cat Detective, which featured a feline sleuth tackling a tough case and bringing peace to the animals in a forest.

Guo, now 50, said: "I forget the name of the main movie I watched that night, but the cartoon really impressed me even though it lasted for only about 18 minutes. I was about 15 at the time and I had never watched any cartoons like that before. I can still sing the cartoon's theme song and recite some of the dialogue."

On Wednesday, Shanghai Animation Film Studio, which produced and premiered the cartoon series in 1984, announced that Dai Tielang, 89, director and scriptwriter of Black Cat Detective, had died. When Guo heard the news, he was saddened. 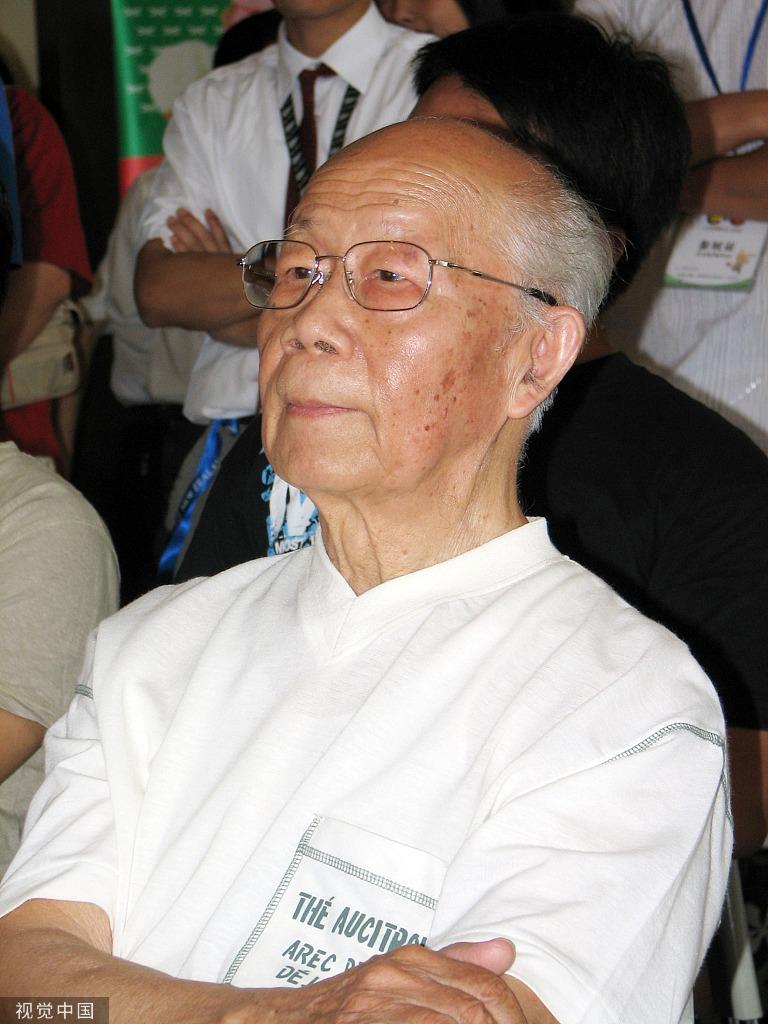 "Before internet streaming and Western animated movies were imported into the country, young Chinese had a different form of cartoon hero－Black Cat Detective. I really miss those years," said Guo, who teaches in the animation department at the Central Academy of Fine Arts in Beijing, where he studied sculpture until 1995.

According to Guo, who in 2002 collaborated with Shanghai Animation Film Studio on a 52-episode cartoon series named Little Monk, in 2015, the studio released the animated movie Mr. Black: Green Star, based on the Black Cat Detective series, but he did not watch the film.

"Dai was the soul of the original movie, but without him, this film is nothing like the original Black Cat Detective series, although the image of the black cat cop is used in the movie," Guo, said.

He added that in the past, Chinese cartoon works were hand-drawn, rather than made with computer graphics. "Hand-drawn beauty cannot be replaced by computer technology," he said.

"The pleasure of such work lies in each artist's distinctive style," Guo said. "By using computers, we start to draw to fit the computer images, which is the wrong approach. We should not let the computer control, but our heads."

Based on the eponymous comic series by children's book author Zhu Zhixian (1941-2015), which was released in 1982, Black Cat Detective is among China's best-loved cartoon series, with five seasons screened from 1984 to 1987. It was one of the country's first home-produced cartoon series, with each episode running for about 20 minutes.

Born in Singapore in 1930, Dai moved to China when he was 10. After graduating from the Beijing Film Academy in 1953, he began working with Shanghai Animation Film Studio, where he helped produce more than 30 works.

The studio, founded in 1957, and the longest-running and largest of its kind in the country, is known for creating many classic works such as The Monkey King: Havoc in Heaven in 1965 and Prince Nezha's Triumph Against Dragon King in 1979.

One of Dai's best-known works is A Deer of Nine Colors, which was released in 1981 and based on a Buddhist story illustrated in the Dunhuang cave murals in Gansu province.

In an early interview, Dai said he never expected to become an animator. He joined Shanghai Animation Film Studio because he loved watching cartoons such as Snow White and the Seven Dwarfs and Bambi. He also liked playing with children and telling them stories.

In addition to his role as a director, Dai was known as a movie designer. A memorial letter to him written by cinematographer Duan Xiaoxuan, said: "Dai designed many animation works and roles, which can be called classic nowadays. One of the most unforgettable scenes was the Black Cat Detective shooting bullets on the screen, which ended each episode." 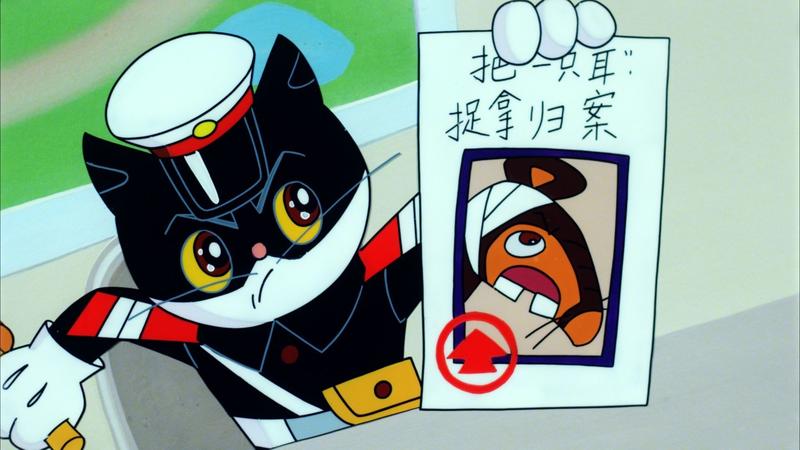 The Black Cat Detective cartoon series, which ran from 1984 to 1987, was the brainchild of animator Dai Tielang. (PHOTO PROVIDED TO CHINA DAILY)

During the 1950s and '60s, Shanghai Animation Film Studio's output was mainly based on traditional Chinese culture.

In 1956, Dai designed The Proud General for the studio, based on a traditional Chinese folk story. In 1961, Baby Tadpoles Look for Their Mother, China's first ink-and-water animated film, also designed by Dai, garnered international awards, including Best Short Film at the 14th Montreal International Film Festival in Canada in 1990.

Dai was also keen on reflecting social change in his works. For example, in his directorial debut, the short animated movie Mu Ji Ban Jia (The Hen Moves), he told the story of automated production being introduced at a chicken farm, including solar heating systems and elevators－elements that appeared in the movie.

In 1980, he directed My Friend, Little Dolphin, which tells the story of a boy and a little dolphin, with a theme of protecting animals and the environment. In 1982, the work was given a special award during the 12th Giffoni International Film Festival in Italy.

When it first appeared, Black Cat Detective, unlike Dai's other animation works, which usually included traditional Chinese cultural elements and dealt with topics such as friendship and scientific knowledge, was considered avantgarde and even controversial.

The feline sergeant－riding a motorcycle－and his colleagues fought against criminals, but the movie, which featured chase scenes, guns and gore, was criticized for its violence.

"When I started directing animation works, I was over 50. I wanted to create something contemporary and realistic for children," Dai said.

"When I read Zhu Zhixian's work, I thought it could be adapted into a cartoon series. There were many animal roles in it, such as cats, mice, white doves and pandas. The stories featuring the Black Cat Detective are about good and evil, which are simple to comprehend."

Dai also showed his drafts of the main character's image, the Black Cat Detective, to children to ask for their opinions.

In 1991, Dai retired. However, after retiring, he worked tirelessly to make cartoons for children.

Ten years ago, he based himself in Hangzhou, capital of Zhejiang province, where he mentored young animators at the China Academy of Art. Dai's father, Dai Yinglang, also taught at the academy, formerly named the Zhejiang Academy of Art.

Su Da, a director at Shanghai Animation Film Studio, said "Dai Tielang loved drinking Coca-Cola and eating cream cake. When I visited him last year, he joked with me like a child."

In 2010, Dai directed the full-length movie version of Black Cat Detective, which grossed more than 15 million yuan (US$2.10 million at today's rates).

The Black Cat Detective character is still popular with audiences of different generations. It has also inspired a range of comics, movies and even video games. Many 1980s-themed restaurants use the Black Cat Detective image and the theme song from the series to attract customers longing for a touch of nostalgia.

Tributes from fans flooded in on social media following news of Dai Tielang's death. One Sina Weibo user wrote: "When I was young, I remember watching the Black Cat Detective series over and over again. I didn't know the series only had five seasons until the director died. It is one of my best childhood memories."

Many fans referred to the final scene in the series, which has the feline detective shooting red bullets on the screen. The bullets transform into the words "qing kan xia ji", (Please watch the next episode). "There is no next episode anymore," many fans wrote.

They also reminisced about the impact Dai Tielang's work had on them when they were young.

Wang Guan, a 36-year-old father, said, "I watched his animation works as a child and now I share them with my 7-year-old son, who enjoys them just like I did. It feels as though a figure from my childhood has gone."

Wang, who works as a photographer in Beijing, also said modern Chinese animation lacks creativity and innovation. He added that the latest such movie he took his son to watch at the cinema was the phenomenal hit Ne Zha, a computer animation fantasy adventure based on a character from the Ming Dynasty (1368-1644) novel Fengshen Yanyi (The Investiture of the Gods).

"We need more animation output with quality and meaning for our children. We don't want them to spend their childhood growing up with nothing but mobile phones and gaming," Wang added.

Beijing News quoted television host Ju Ping, narrator of the movie version of Black Cat Detective directed by Dai Tielang, as saying: "When I was a child, I watched the cartoon series. When I grew up, I was lucky enough to be part of the classic cartoon story. Though I never met Dai in person, it seems as if I know him very well, because I am a big fan of all of his works."