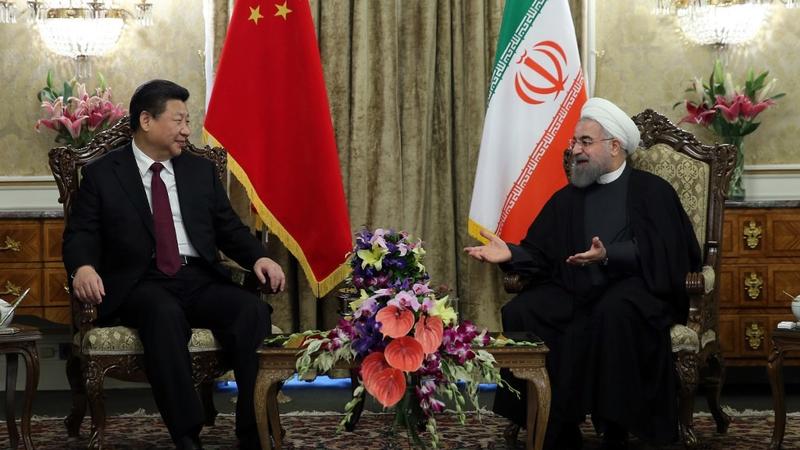 Xi made the remarks while meeting with his Iranian counterpart, Hassan Rouhani, in the Kyrgyz capital of Bishkek. The Chinese leader arrived at Bishkek on Wednesday for a state visit to the Central Asian country and the 19th summit of the Shanghai Cooperation Organization (SCO).

READ MORE: China to back all efforts to safeguard Iran deal

Xi noted that he exchanged in-depth views with Rouhani on the China-Iran relationship, as well as regional and international issues during the SCO summit in China's eastern port city of Qingdao last year, and they have reached important consensus.

China has always viewed its relations with Iran from a strategic and long-term perspective, Xi said, adding that despite changes in regional and international situations, China is willing to join hands with Iran in fostering a steady development of the China-Iran comprehensive strategic partnership.

Xi called on the two sides to strengthen strategic communication and support each other on issues concerning their respective core interests, adding that the two countries also need to step up coordination and properly conduct practical cooperation.

He also urged the two sides to enhance cooperation in such areas as anti-terrorism and combating cross-border crimes, and jointly clamp down the "three forces" of terrorism, separatism and extremism, including East Turkistan Islamic Movement.

China supports maintaining the Iran nuclear deal, said Xi, and is willing to step up coordination with Iran within such multilateral frameworks as the United Nations and the SCO to jointly safeguard basic norms of the international relations and multilateralism and preserve shared interests of developing countries, including China and Iran.

For his part, Rouhani said the Iran-China relationship carries a long-term and strategic significance.

Iran attaches great importance to and is committed to the all-round development of bilateral ties, he said.

Iran is willing to participate in the Belt and Road Initiative and tap potential of cooperation in various fields, he said.

Rouhani expressed Iran's resolute opposition to the unilateral withdrawal of the US from the Iran nuclear deal, calling it "a wrong action."

He praised China's active role in the international affairs, and said his country is ready to strengthen communication and coordination with China.