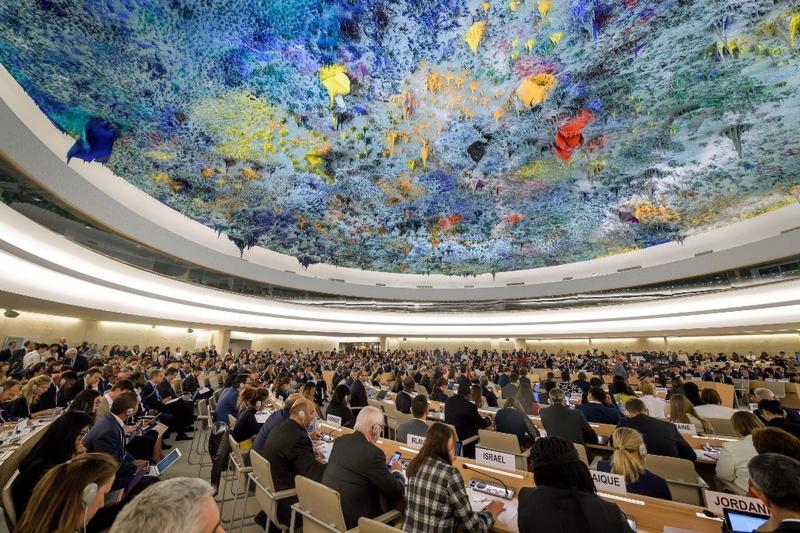 GENEVA - Diplomats from various countries responded positively to the speech delivered Wednesday by Pansy Ho Chiu-king, chairperson of the Hong Kong Federation of Women, at the 42nd session of the United Nations Human Rights Council.

They also joined the HK NGO representative to condemn violent demonstrators in Hong Kong and called for calm and normal social order in the Chinese special administrative region.

In her speech, Ho condemned the "increasingly escalating violent acts" in the Chinese city, called for the international community to reprimand those organizers and influencers and help to stop promoting hatred and violent extremism which could only "leave irreparable scars to forever stripe our beloved city of harmony and stability."

Pakistani Foreign Minister Shah Mahmood Qureshi, who came to address the UN rights body session here, told Xinhua that "people should respect the law and not create a disorder situation" that will "undermine the environment of investments and peace and tranquility in Hong Kong."

What is happening in Hong Kong is an internal affair of China, and the principles of non-selectivity, objectivity, no-politicization and very importantly, non-interference in the internal affairs of another country, should be respected

Ambassador Kyaw Moe Tun, permanent representative of Myanmar to the United Nations Office at Geneva (UNOG), said "we should condemn any violent acts there."

"What is happening in Hong Kong is an internal affair of China, and the principles of non-selectivity, objectivity, no-politicization and very importantly, non-interference in the internal affairs of another country, should be respected," said the ambassador.

Jorge Valero, permanent representative of Venezuela to the UNOG, expressed "the most robust rejection of the acts of violence perpetrated in the Hong Kong Special Administrative Region in recent weeks."

He said these are "events openly promoted by foreign interests to damage the internal order, public security and territorial integrity of the People's Republic of China."

Sisaketh Sitsangkhom, Lao deputy permanent representative to the UNOG, said the Hong Kong demonstrations have not been peaceful and that they undermine the security and economy there.

"I think that the international community would have a better understanding of what has been happening in Hong Kong through the statement of the representative of the Hong Kong Federation of Women," he said.

"The violent protests in Hong Kong have drawn the attention of the international community as the majority of Hong Kong people have been affected. Their safety is under threat posed by protesters," he added.

Mao Junxiang, executive director of the Center for Human Rights Studies at China's Central South University, who is here to attend the UN meetings, said the demonstrations in Hong Kong "surpassed the scope of peaceful demonstrations and have seriously undermined the social order, endangering Hong Kong."