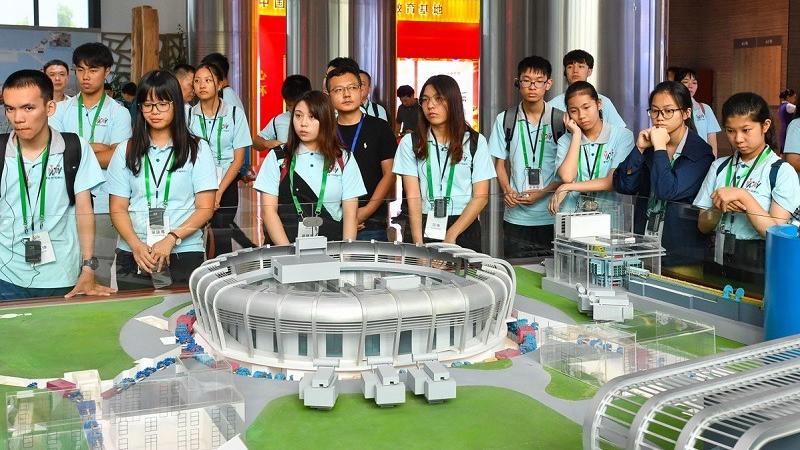 GUANGZHOU - Young entrepreneur Jason Choi-long has been dreaming of establishing a creative advertising festival for youth from the Guangdong-Hong Kong-Macao Greater Bay Area.

From Hong Kong, Choi runs a business on the Chinese mainland and is building a bridge between the youth of Hong Kong and the mainland.

In late October, his dream came to true when the Lingnan Youth Creative Week kicked off in Guangzhou, the capital of Guangdong province. The creative advertising festival, organized by Choi, attracted a group of clever and creative young people from Guangdong, Hong Kong and Macao and helped transform their ideas into reality.

"Guangdong, Hong Kong and Macao share the same culture of Lingnan, which laid the foundation of the creative week," Choi said.

Guangdong, Hong Kong and Macao share the same culture of Lingnan, which laid the foundation of the creative week

In 2014, Choi enrolled in Jinan University, Guangzhou, to study advertising in the School of Journalism and Communication. To him, students from the mainland were hardworking and industrious, and Choi learned new ways of thinking from them. "We live in different cities, each with their own advantages, so there is better chemistry among us," he said.

When studying at university, he participated in creative advertising competitions with mainland students and won several international awards, including the Crystal Award of ADS STARS in Busan, South Korea.

"It was the combination of our ideas that helped us succeed," he said.

After graduation, Choi set his sights on the startup market in the Greater Bay Area. "I got the idea of starting my business in middle school, but found it was not easy to do so in Hong Kong," he said.

He said because of greater opportunities, Guangzhou was where he could achieve his entrepreneurial dream.

"Guangzhou gives a lot of support to new enterprises, and Hong Kong students have the same opportunities as their mainland counterparts," he said.

He set up his own studio with most of the employees from Hong Kong.

Since the Outline Development Plan for the Greater Bay Area was released in February, more and more young people from Hong Kong and Macao have set their sights on Guangdong.

In May, the Guangzhou government introduced policies to entice creative young people from Hong Kong and Macao.

Guangzhou is strengthening its efforts to help boost innovation and entrepreneurship and has set up an 1-billion-yuan (US$142 million) fund to help Hong Kong and Macao youth at all entrepreneurial phases. Startup projects in Guangzhou can receive bonuses and subsidies worth up to 200,000 yuan.

"There will be more exchanges and communication between Hong Kong and Guangzhou. With policies in the Greater Bay Area being implemented, as entrepreneurs, we should take the lead," Choi said.