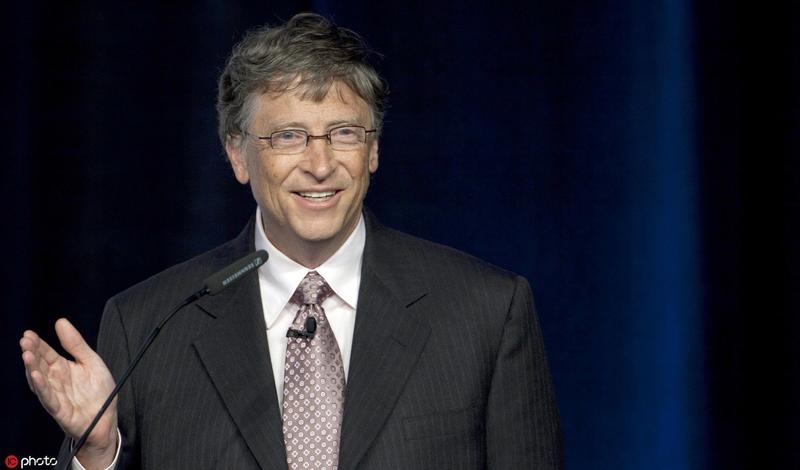 Bill Gates, co-chair of the Bill & Melinda Gates Foundation, has warned that trade tensions between China and the United States are likely to affect global initiatives aimed at conquering poverty, contagious diseases and other global woes.

Gates, who started the foundation in 2000 to help people around the world lead healthy, productive lives, told reporters recently that a healthy and constructive relationship between China and the US not only benefits the two countries, but also bolsters progress toward addressing major global issues.

"I see anything that cuts down global cooperation as a potential step backward, where the people who would get hurt the most by it are the poorest in the world," he said ahead of the release of the foundation's Goalkeepers Data Report on Tuesday. The annual report gauges efforts to improve living conditions, especially in poor areas.

As concerns run high that the China-US trade war might trigger a global economic downturn, Gates said foreign aid donations determined by government budgets might take a hit. He said the idea of caring for others, like African children dying of malaria, might be dismissed or downgraded. "People tend to turn inward when government budgets get tight," Gates said.

Mortality rates of infectious diseases could rise in the worst case as critical medicines that treat malaria, tuberculosis and some HIV drugs risk losing efficacy due to potential resistance, he said.

"If we don't get generous contributions to those organizations (that deliver vaccines and other medications), it results in literally millions of deaths," he said. "If you don't keep infectious diseases in check, they just keep expanding and expanding."

"I'm a huge believer that China and the US getting along is the most important bilateral relationship in the world," he said.

"I'm hopeful that the trade problems will be put behind us and that we can go on to work constructively together."

Gates said the partnership between the foundation and China was progressing at full speed and had deepened over the years.

The foundation has been working with the agency, Gates said.

"It has helped us understand China's priorities and to coordinate our work with China in an even better way," he said.

The foundation's annual report began in 2017 to spur action and chart progress toward the Sustainable Development Goals adopted by the United Nations in 2015.