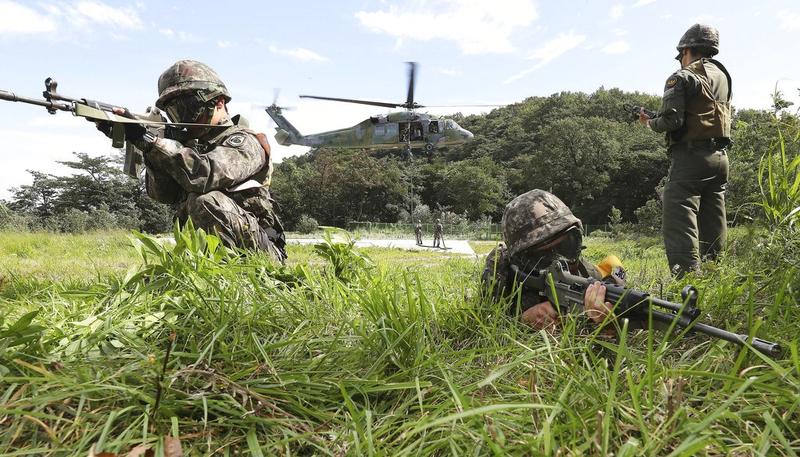 WASHINGTON - The US Defense Department said on Monday it has suspended all planning for a joint military exercise with the Republic of Korea (ROK) in August.

Pentagon spokesperson Dana White said in a statement that the decision was "consistent with President Trump's commitment in concert with our Republic of Korea ally."

"The United States military has suspended all planning for this August's defensive 'wargame'," White said, adding that no decisions have been made over subsequent military exercises.

The suspended drills refer to the annual Ulchi Freedom Guardian scheduled for August.

Pyongyang has denounced them as a rehearsal for northward invasion and a violation of the spirit of the Panmunjom Declaration issued during the inter-Korean summit in late April.

The most-anticipated move came a week after the historic summit in Singapore between US President Donald Trump and Kim Jong-un, top leader of the Democratic People's Republic of Korea (DPRK).

Both leaders issued a joint statement after the meeting, promising to build new bilateral relations and working towards the "complete denuclearization of the Korean Peninsula."

Trump said the US would stop war games with ROK "unless and until we see the future negotiation is not going along like it should." He also said the drills were "very expensive" and "provocative."

According to the Pentagon statement, the suspension has "no impact on Pacific exercises outside of the Korean Peninsula."

US Defense Secretary James Mattis, Secretary of State Mike Pompeo and National Security Advisor John Bolton will attend a meeting at Pentagon later this week, according to the statement.

Last year's Ulchi Freedom Guardian went on for 11 days and about 17,500 US military personnel participated.