Women at center stage in Indian protests against citizenship law 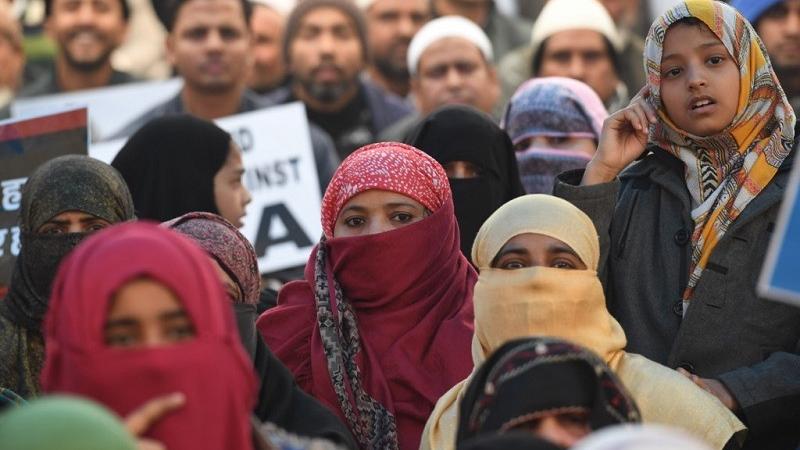 NEW DELHI - As a crowd of protesters swelled around them under the watchful eyes of dozens of policemen in riot gear, a cluster of young female students in burqas stood outside their university in New Delhi shouting anti-government slogans.

"What is happening in the country is wrong," Shabana, a 21-year-old student at Jamia Millia Islamia University, said through the veil covering her face. Jamia Millia is a major public university in the capital where a large number of Muslims study. "They can't suppress our voices."

The protests, some of the most widespread in India in recent years, erupted on Dec 11 after Parliament passed the controversial law, which protesters say is an attack on India's secular foundations

As protests in India against a new citizenship law that critics say targets Muslims grow by the day, they have drawn many women and girls - some housewives, some students with hijabs covering their hair, and others in full-length burqa robes - in a rare sign of public anger against the government.

The women can be seen painting graffiti on university walls, organising rallies and gathering funds for posters and food for protesters.

Shabana, who would only provide her first name, said she had been moved to act after some of her friends had been injured when police stormed the Jamia campus to break up a protest involving hundreds of students last weekend.

At least 200 students were injured as police fired tear gas and used batons to disperse the crowd. The police have denied using excess force.

"I had to lie to my parents, but I'm still here, because this is important. We need to speak out," Shabana said at the rally Tuesday. "I was horrified when I saw their injuries."

The protests, some of the most widespread in India in recent years, erupted on Dec 11 after Parliament passed the controversial law, which protesters say is an attack on India's secular foundations.

The Hindu nationalist government of Prime Minister Narendra Modi insists the new law is essential as it eases the path for minorities from neighbouring countries to gain Indian citizenship. But critics say it is biased as it excludes Muslim immigrants.

'WE ARE NOT SCARED'

Many protesters Reuters spoke to over the past week are Muslim women and girls from conservative backgrounds. Some said they had to sneak out of their homes to join the protests.

"My mother stops us from stepping out, but if we do not show strength now, then how will we encourage others to step out?" said Nazia, a 13-year-old schoolgirl protesting outside the university. 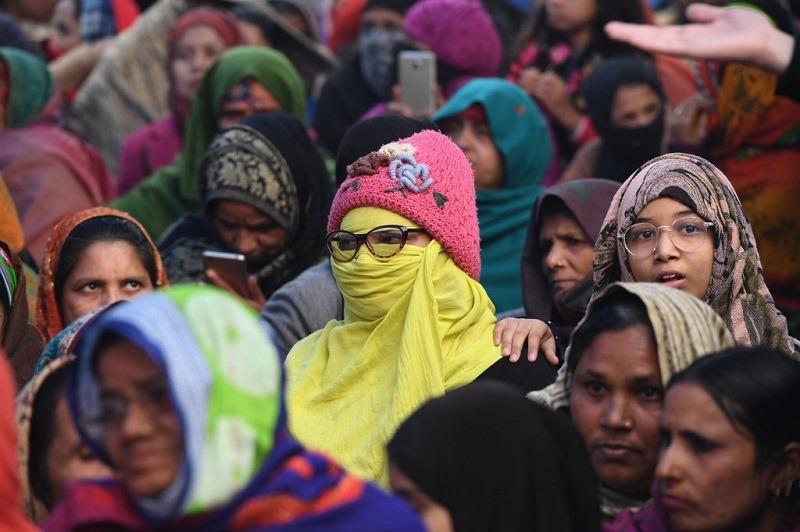 In the past, women have played a prominent role in many Indian protests, including those that broke out following the brutal rape of a young woman on a Delhi bus in 2012.

But the current displays of public anger include people not usually seen out protesting. Social norms have often restricted participation by Muslim women in the public arena in India.

Most girls and women interviewed declined to give their full names as they did not want their families to know they were involved in the protests.

Shumaila, a 24-year-old PhD scholar at the Jamia university, said that many women from around the surrounding neighbourhood had also come out in solidarity with the students.

One of them was Nadia Khan, a 35-year-old housewife who said: "The government has forced us to come out on the streets."

"We are not scared of the government or the prime minister. We are ready to take a bullet in our chest," she said. "We know how to fight for our rights."

Among the most striking images of the protests that began in India's northeast before mushrooming across the country, was one of three young women pointing fingers in the air and shouting slogans from the top of a wall outside the Jamia campus last week, with a throng of protesters around them.

One of those women, Chanda Yadav, comes from the northern Indian state of Uttar Pradesh, where she says she was raised in a conservative environment in which women's voices were suppressed.

"There were restrictions on everything from the kind of clothes I wore to what time I would come home from school," said Yadav. "I would always argue with my family over it. My uncles would often say, 'Shut up, you've got a big tongue!'"

Yadav, 20, is now a Hindi language masters student at the Jamia university, and her voice, as she stood alongside two hijab-clad school-mates, was among the loudest at the protest.

Yadav said she was a Hindu, but felt strongly that all Indians needed to come forward to oppose the law.

"This is not the issue of just one community," said Yadav. "What they are doing to Muslims today could happen to anyone tomorrow."