By Kathy Zhang in Hong Kong and Li Bingcun in Beijing 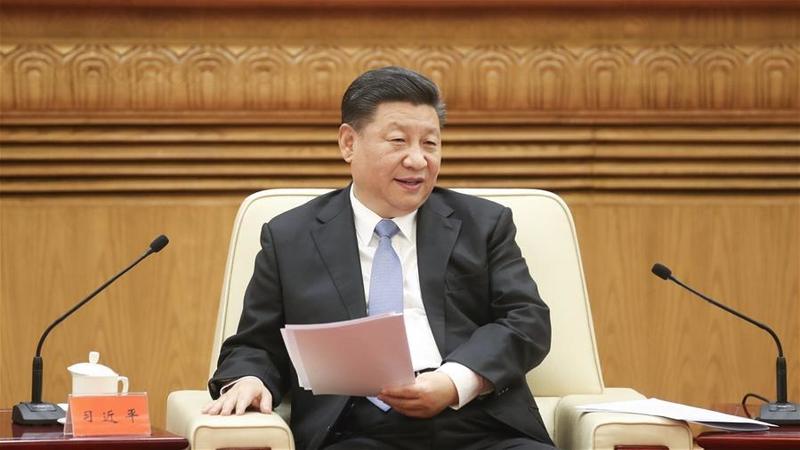 With the blessings of President Xi Jinping, the Hong Kong Special Administrative Region is poised to “add  oil” to its unique strengths in accelerating the nation’s new round of reform and opening-up, according to members of the SAR’s delegation to Beijing and political analysts in Hong Kong.

Meeting members of the 163-strong Hong Kong delegation, led by Chief Executive Carrie Lam Cheng Yuet-ngor, as well as those of the Macao SAR delegation at the Great Hall of the People in Beijing on Monday, Xi lauded the roles of the two SARs in the country’s reform and opening-up in the past 40 years as “unique” and “irreplaceable”.

The president urged Hong Kong and Macao to throw themselves into the country’s development, especially the Belt and Road Initiative and the Guangdong-Hong Kong-Macao Greater Bay Area development plan.

Lau Siu-kai, vice-president of the nation’s top Hong Kong affairs think tank – the Chinese Association of Hong Kong and Macao Studies – said the recognition and expectations from the nation’s top leader have thrown out the view that Hong Kong is being marginalized in national development.

“Hong Kong’s value in the past 40 years and in the country’s development in future has been highly acknowledged,” Lau said.

He urged Hong Kong -- a free and open economy in the world – to leverage its unique advantages under “one country, two systems”, its well-entrenched legal system, the services industry, and talents and expertise.

On Xi’s expectations of the two SARs, Ronny Tong Ka-wah – a member of the Executive Council, the core decision-making and advisory body to the CE -- said Hong Kong can play an important role in the BRI and the Bay Area development.

Hong Kong, he said, can be the “locomotive” in developing the Bay Area.

Besides its traditional pillar industries, like financing, trade and shipping, Hong Kong must make further efforts in innovation and technology, such as in financial technology and biotechnology, urged Tong.

Nancy Ip Yuk-yu – a Hong Kong neuroscientist and a member of the city’s delegation -- reckoned that Hong Kong’s professionals and scientific institutions could seize the opportunities offered by the central government’s substantial support for inno-tech development to deepen collaboration with their mainland counterparts, and do more to attract scientific resources and talents.

She noted that Hong Kong has many advantages in the inno-tech field, including several world-class universities with strong scientific research capacities and well-established systems in law and intellectual property protection.

Leveraging these advantages, Ip suggested that Hong Kong could establish scientific centers in some world-leading regions. She also reckoned that the city could share its advanced scientific facilities and turn itself into an international hub in academy exchanges and in nurturing talent.

These advantages, she said, could be transformed into scientific results by teaming up with other cities in the Bay Area, boasting of a complete industry chain.

Expressing confidence in Hong Kong’s strength in its legal system, Song Sio-chong – a professor at the Research Center of Hong Kong and Macao Basic Law at Shenzhen University -- said the SAR has the potential to be a global arbitration center, helping to solve legal disputes between the mainland and other participants in the BRI.

However, he pointed out, the shortage in talents specializing in mainland laws is what Hong Kong should strive to overcome in future.

Besides, Hong Kong’s special role as a separate customs territory in the world should be fully utilized in resolving trade conflicts between China and the United States, Song said.