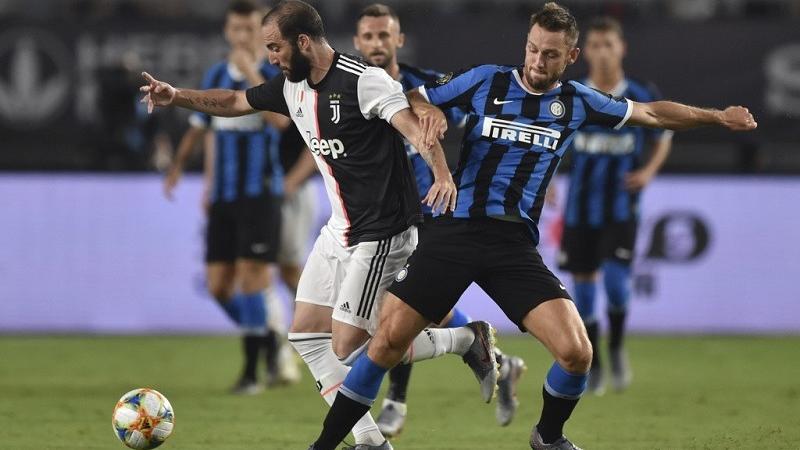 NANJING - "It's been nine years since Inter Milan won the title last time and our ultimate goal is to bring Inter back to Champions League and recapture the crown in five years," said Zhang Kangyang, the Chinese chairman of Inter Milan, after watching the Asian Tour match between Inter and Juventus in Nanjing, capital city of Jiangsu province.

The friendly match between the Italian arch rivals ended with Juventus' 4-3 triumph over Inter Milan through penalty shootout after a 1-1 draw in regular time.

Zhang, vice president of Suning International Group, a Chinese retail giant, became a member of the board of Inter Milan at the age of 25, and was selected as the chairman of the club two years later, the youngest ever in the club's history.

"Inter Milan has been bankrolled by Suning Holdings Group since August 2016 and was released from settlement regimes for breaches of UEFA's Financial Fair Play this May," added Zhang.

Inter is now well-positioned to qualify for next season's Champions League and will have more margin for maneuver in this summer's transfer market.

"Though Inter lost the game, the team has been forwarding the right direction these years and will usher in a promising future."

Zhang also highlights the role of Suning in bridging over Italian and Chinese football teams. He said more super stars would make their debuts in China in the future, in an attempt to fuel the growth of Chinese football.