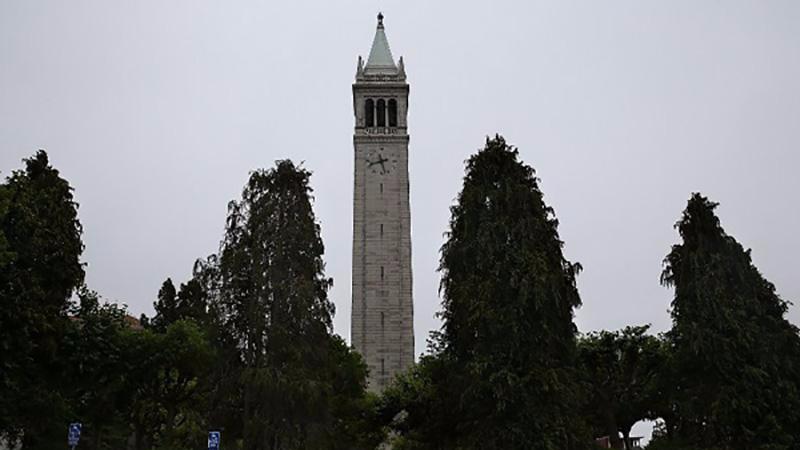 A view of Sather Tower on the UC Berkeley campus on May 22, 2014 in Berkeley, California. (Justin Sullivan / AFP)

SAN FRANCISCO - The University of California, Berkeley, has launched the first institutionalized center in the United States dedicated to the study of the historical trading networks known as the Silk Road, according to a news release from UC Berkeley on Wednesday.

The P.Y. and Kinmay W. Tang Center for Silk Road Studies is tasked to promote the research and teaching of the material and visual cultures that flourished along the Silk Road, an ancient international highway of commerce where many economic epicenters of Eurasia and China were bridged, and people and cultures from the East and West intermingled.

Launched on April 29, the center is attributed to a US$5 million gift by two branches of the Tang family -- Chinese American philanthropist Oscar Tang and his archaeologist wife, Dr. Agnes Hsu-Tang, who are based in New York City, and San Francisco Bay Area Berkeley alumni Nadine Tang and Leslie Tang Schilling, with their brother Martin Tang in Hong Kong.

The new Tang Center at UC Berkeley is "part of my family's ongoing effort to enhance knowledge and understanding of the great Chinese civilization and its relationship to the rest of the world," Oscar Tang was quoted as saying by the news release.

The center will fund fieldwork and fellowships for faculty and students at excavations, museums and archives; organize conferences and workshops to bring distinguished scholars to campus to share recent discoveries and research; advance teaching on Silk Road topics; foster visiting scholar exchanges; support open-source publications; and promote the training and outreach of K-12 teachers and community college instructors in the United States.

UC Berkeley claims to be the home to a diverse group of scholars who are leading specialists in languages, history, religions, intellectual and artistic traditions of the ancient civilizations of China, Central Asia and the Near East, making the campus a natural site for a specialized center dedicated to studying the Silk Road.

"It's about coming together and poring over material from different sides," Sanjyot Mehendale, a lecturer of Central Asian art and archaeology who will serve as the inaugural chair of the new Tang Center, said about the multidisciplinary collaboration needed for Silk Road research.

Researchers believe a better understanding of the Silk Road's history will help contextualize its emergent geopolitical significance in the present time.

"The civilizations of the ancient Near East, South Asia and East Asia all came together and interacted along the thriving urban centers of the Silk Road, giving rise to marvelously sophisticated and innovative cultural achievements," said Robert Sharf, a professor of Buddhist studies at Berkeley.

"The more you learn about that world, the more humble you are. It puts the cultural hubris of our modern world -- the idea that we stand at the very apex of human self-understanding -- into context," he added.