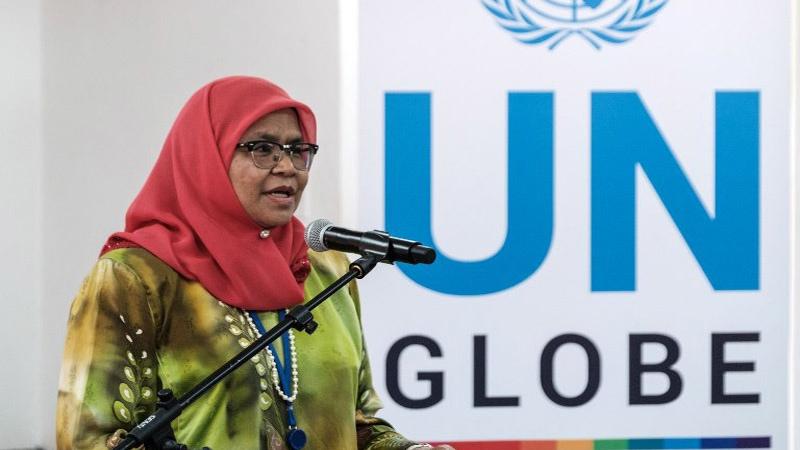 NAIROBI - A senior UN agency official has hailed China for transforming lives through rapid urbanization in the last 40 years.

Over the period, the urbanization rate in China has increased from around 18 percent in 1978 to nearly 60 percent in 2017

Maimunah Mohd Sharif, UN-Habitat Executive Director, said in an interview that Beijing's approach has brought tremendous and impressive changes in the economy and society.

"Over the period, the urbanization rate in China has increased from around 18 percent in 1978 to nearly 60 percent in 2017," she said.

Sharif said China's adoption of new policies on rural-urban migration is worth being emulated by cities and towns globally.

"We are working with China and other countries to ensure that no country is left behind in finding lasting solutions in the cities," Sharif noted.

She said the UN-Habitat has worked with various governments, including Africa, Asia-Pacific, to foster sustainable urbanization and capture best practices.

When it comes to waste management, Sharif said "there is a need to replicate what China has done as it offers solution to the management of waste in other parts of the world."

The UN-Habitat official stated the UN agency facilitates experience sharing between African countries and China, adding that the UN-Habitat has rolled out strategies aimed at solving air pollution, housing, solid waste management and climate change in urban planning and development in all major cities and towns globally.

"We are providing policy and operational support for governments and cities to identify areas of reforms and adapt laws and legal frameworks that effectively regulate urbanization issues such as land use, urban planning, taxation, housing and infrastructure safety," she said.

Sharif also told developing countries to develop strategies that could help manage solid waste management since it poses a major challenge to many countries.

She hailed the Chinese efforts in putting people first and making cities livable and sustainable. "The Chinese government has stressed the importance of improving people's living conditions," she said, adding that the UN agency would facilitate experience sharing between African countries and China, taking into account the Belt and Road Initiative and South-South cooperation.