Among children, AIDS epidemic is far from over, UNICEF finds 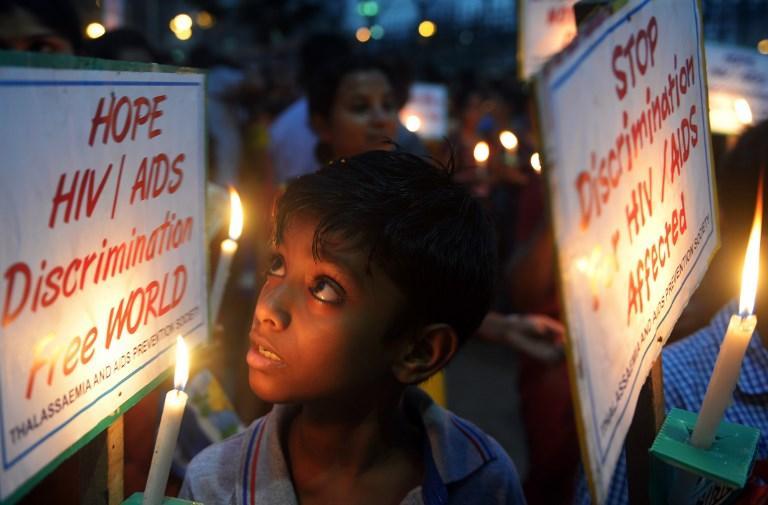 Indian school children and social activists hold candles and posters during a rally to create AIDS awareness on the eve of Worlds AIDS day, in Kolkata on Nov 30, 2015. (DIBYANGSHU SARKAR / AFP)

NEW YORK - Eighteen children every hour were infected with HIV last year, a sign of scant progress in protecting the world's young from the deadly AIDS-causing virus, the United Nations' children's agency said on Friday.

chief of HIV for UNICEF

At the current rate of infection, there will be 3.5 million new cases of HIV among adolescents by 2030, according to projections in the 2017 UNICEF Statistical Update on Children and AIDS.

Around the world, nearly 37 million people - the equivalent of the population of Canada - were living with HIV last year, according to UNICEF.

"The AIDS epidemic is not over; it remains a threat to the lives of children and young people," said Dr. Chewe Luo, chief of HIV for UNICEF, in a statement accompanying the report.

"It is unacceptable that we continue to see so many children dying from AIDS and so little progress made to protect adolescents from new HIV infections."

UNICEF said nearly all the adolescent deaths were in sub-Saharan Africa and, worldwide, more adolescent girls than boys are infected.

The testing and treatment of babies is also lagging, with fewer than half of HIV-exposed infants getting tested in their first two months of life.

UNICEF said some progress had been made in preventing mother-to-child transmission, with about 2 million new infections averted since 2000, it said, but that progress was slowing.

UNICEF called for an array of action, including getting treatment to all infected children, making intervention for adolescent girls in sub-Saharan Africa a priority while also introducing HIV self-testing and better data collection.