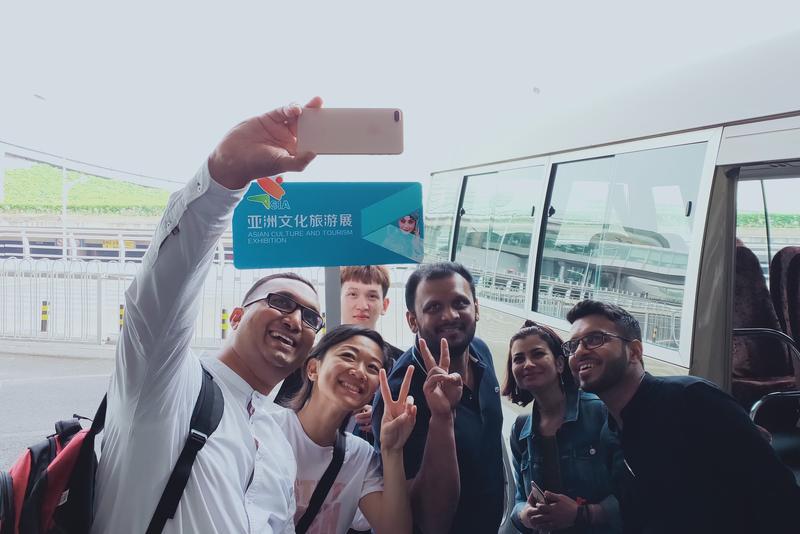 Student volunteers from the Central University of Finance and Economics serve and accompany Asian guests who participate in the Conference on Dialogue of Asian Civilizations held in Beijing in May. (PHOTO / CHINA DAILY)

The past 70 years has witnessed China being lifted from a state of poverty to becoming the world's second-largest economy. In this process, the Central University of Finance and Economics, established in November 1949－right after the founding of the People's Republic of China－has been playing an active role in fueling the country's economic development by securing a continued supply of talented people, especially those specializing in finance, accounting, taxation and other related fields.

"How do we prepare these web-savvy young people for their careers? I think we should combine advanced technologies with traditional economic theories."

Wang Yaoqi, president of the Central University of Finance and Economics

Initially, such courses were mainly for officials from the government and the People's Liberation Army. The university got a boost in 1952, after the applied-economics-related disciplines of Tsinghua University, Peking University, Yenching University and Fu Jen Catholic University of Peking, were brought together under CUFE, enabling it to build up a broader curriculum in the field of finance and economics.

From then on, it cultivated a group of graduates who later became finance ministers, bankers, economists and insurance company managers, serving as the backbone power for the country's economic growth.

For Wang Yaoqi, president of the university, CUFE has grown in tandem with the PRC, and shows a strong devotion to the country, catering to the need of its economic and social development.

In the 21st century, integration of multiple disciplines is required to conduct research and solve problems. That's why the university has launched interdisciplinary majors, such as financial English, psychological economics, economic sociology and economic information management. Increasingly specialized academic division is being carried out in fields like finance and applied economics.

"We are cultivating talent for the future," says Wang. "And I hope that what our students are learning at the university today will help them lead the way a decade from now." 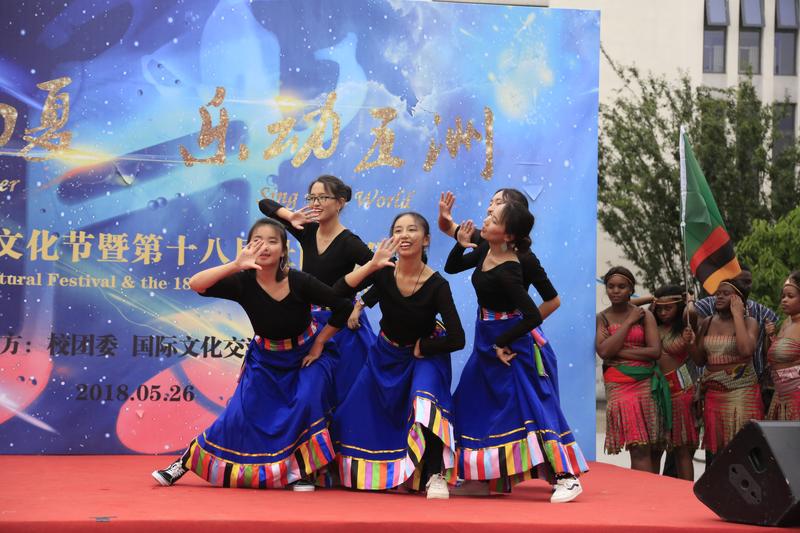 International students of the Central University of Finance and Economics perform as part of an international cultural festival on campus last May. (PHOTO / CHINA DAILY)

To build a forward-looking university, Wang keeps a close eye on social development trends and adds that the university should give priority to collecting data into its curriculum.

"Last year, the university welcomed a group of freshmen born in and after 2000, a generation that has grown up with the internet.

"So, how do we prepare these web-savvy young people for their careers?" she asks. "I think we should combine advanced technologies with traditional economic theories."

For now, more than 20 data-related courses have been introduced to teach students to analyze, use and optimize data. Additionally, a joint research data center was set up by CUFE and the University of Electronic Science and Technology of China in April 2018 to make full use of the strengths of both sides, and to better support the country's economic decision-making by pulling together and studying financial and economic data.

"For example, the center uses news and charts from Shen Bao (an influential newspaper published from April 1872 to May 1949 in Shanghai) to analyze the development of the Chinese economy," Wang says. "If our teachers are involved in such research, they can share their findings in class, which can then spark students' interest in further research."

Among the first few Chinese universities to receive foreign students, it is still well regarded for its longstanding inclusiveness and openness thanks to its international events, introducing renowned foreign experts, including economist and Nobel Prize winner Eric Maskin, and forging partnerships with the London School of Economics and Political Science, the National University of Singapore, Tilburg University and Macquarie University.

"We are also optimizing the faculty structure by recruiting more teachers with an international work and education background," she adds. "Such internationalization efforts help to boost the university's quality of education, academic reputation and international influence." 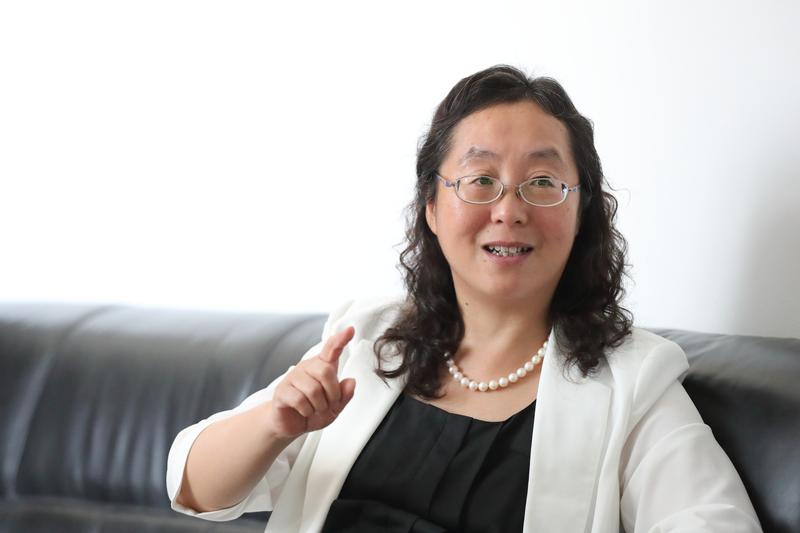 Wang has also been engaged in promoting international programs for nearly two decades, and she shares a tip for forging quality partnerships with foreign universities and institutes－to ensure effective communication with university leaders, department directors and professors before signing the agreement.

Separately, the university initiated a two-week summer school in July where students could listen to the speeches of experts from different fields, and be trained to apply for internships in the European Union and other international organizations, as well as visit enterprises or governmental bodies there to get practical experience.

For instance, she says that law majors could study economic cases at a court and finance majors could go to an incubator to find out how to start a fintech company from scratch.

READ MORE: Bringing the history of Shanghai university museums to the world

As this year also marks the 70th anniversary of the university, she says it is the right time to articulate the university's vision for the future.

"We aim to develop the university into a center of international research and diverse cultures, but it can't be done at one go. So, it might take another 10 years to reap what we sow now," she says.