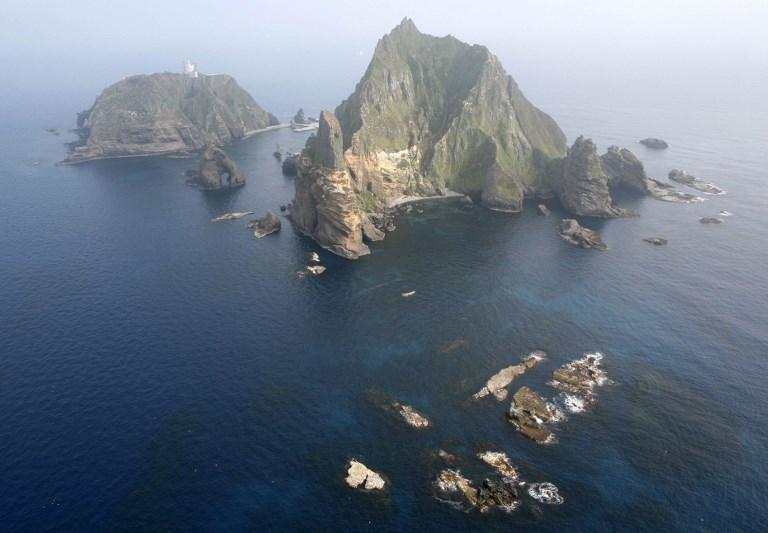 An aerial picture shows the Dokdo (Takeshima) islets in the East Sea (the Sea of Japan) on July 14, 2008. (KOREA POOL REPUBLIC OF KOREA OUT / AFP)

SEOUL - The Republic of Korea (ROK) on Tuesday denounced Japan's renewed territorial claim to its easternmost islets of Dokdo, called Takeshima in Japan, which was laid in the Japanese annual defense white paper.

Japan published its 2017 defense white paper earlier in the day, in which it claimed Takeshima is part of its territory.

It marked the 13th consecutive year that Japan laid sovereignty claim in its white paper to the rocky outcroppings lying halfway between the two countries.

Seoul's Foreign Ministry said in a statement that it strongly protested and urged an immediate withdrawal of Japan's repeated illegitimate sovereignty claim to Dokdo, which is ROK's own territory historically, geographically and by international law.

The ROK has seen Japan's territorial claim to its easternmost islets as the legacy of the Imperial Japan's 1910-1945 colonial rule of the Korean Peninsula.

The rocky islets were forcibly incorporated into Japan's territory following the Japanese colonization, but the couple of islets were returned to the ROK after the peninsula's liberation in 1945 from the colonial rule.

ROK's Defense Ministry summoned a defense attache with the Japanese embassy in Seoul to formally express its deep regrets toward the Japanese government over the repeated territorial claims since 2005 to the islets.