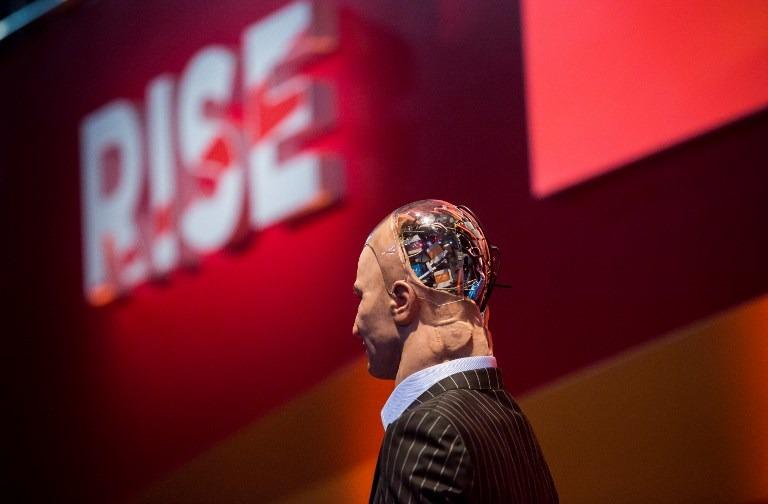 "Han the Robot" waits on stage before a discussion about the future of humanity in a demonstration of artificial intelligence (AI) by Hanson Robotics at the RISE Technology Conference in Hong Kong on July 12, 2017. (ISAAC LAWRENCE / AFP)

"He" can read texts as naturally as a professional news anchor

The news anchor, based on the latest AI technology, has a male image with a voice, facial expressions and actions of a real person. "He" learns from live broadcasting videos by himself and can read texts as naturally as a professional news anchor.

According to Xinhua, "he" has become a member of its reporting team and can work 24 hours a day on its official website and various social media platforms, reducing news production costs and improving efficiency.