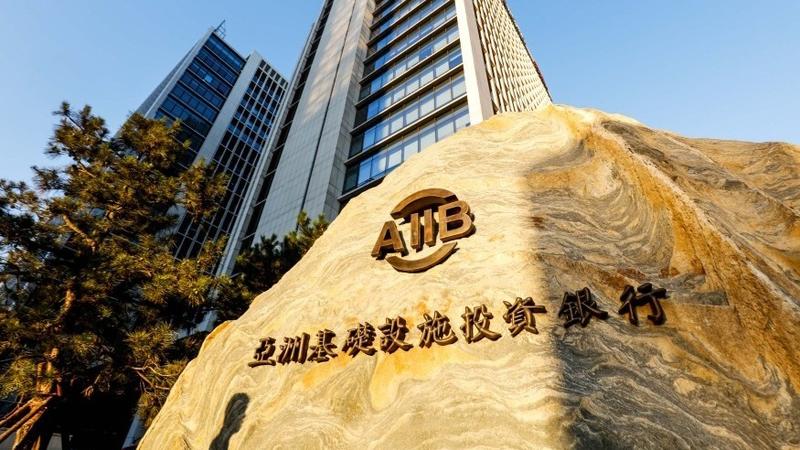 The Asian Infrastructure Investment Bank, headquartered in Beijing, is set to take on a bigger role in impact investing as nations involved in the Belt and Road Initiative look to undertake more projects with innate social elements. (PHOTO / IC)

Editor’s note: As the impact investing trend gains ground worldwide, Asia’s key financial institutions have a critical role to play in taking the trend to new heights, with countries and regions along the Belt and Road route offering a potential testing ground for displaying the concept’s principles.

As China looks to bolster the vision of reviving its ancient trade route and streamlining the nation’s lumbering State-owned enterprises (SOEs), impact investing has its growing relevance, say experts.

The socially responsible and purpose-driven finance, introduced by a coalition of philanthropists and investors to the financial-services industry more than a decade ago, may become the next big thing that reshapes how we think about the investment world and generate a substantial rewriting of the investment landscape for the years to come.

“As impact investing business gains traction the world over, the role of deep-pocketed institutions like the Asian Infrastructure Investment Bank (AIIB), a Beijing-based multilateral development bank that started operations in 2016, should be given full play,” said Fielding Chen Shiyuan — Hong Kong-based senior vice-president and economist at China Construction Bank (Asia).

Impact investing, which promotes new business models that direct capital in a more purposeful, moral way, may urge investors to take another look at the enormous social responsibility SOEs have undertaken

Stretching across Eurasia and Africa, with its huge ribbon of newly developed projects, the infrastructure-hungry nations involved in the Belt and Road Initiative stand out as the potential test ground for impact investing principles, he said.

For Asia alone, the region’s infrastructure financing needs will reach an estimated US$8.2 trillion or even more from 2010 to 2020, with about US$4 trillion to US$6 trillion in investments going to countries and regions covered by the BRI, according to the Asian Development Bank.

“As the AIIB leads the pack in meeting such insatiable infrastructure financing needs, impact investing has what it takes to be a calling card in its quest to polish its brand as a socially responsible and purpose-driven lender,” Chen reckoned.

The Chinese mainland’s significant interest in impact investing is both inside and outside, said Peter Reynolds, partner and co-head of financial service of Greater China at global management consultancy Oliver Wyman in Hong Kong.

“If you think of the BRI or other pieces, a lot of infrastructure being built goes with an impact component,” he noted.

When it comes to China’s giant SOEs, the concept of impact investing may fit nicely with a years-long thorny issue that frustrates the country’s unremitting efforts to shake up its vast but underperforming State-owned sector, said Chen.

“For years, the nation’s huge, bloated and protected firms have not been run as commercial entities. Many SOEs have to take care of a sizable number of retired employees, while providing all sorts of social service facilities for their staff, ranging from nursery homes, hospitals and schools to funeral homes,” he said.

“Impact investing, which promotes new business models that direct capital in a more purposeful, moral way, may urge investors to take another look at the enormous social responsibility SOEs have undertaken,” he said. “As the world’s second-largest economy speeds up its restricting plan on SOEs, the practice of impact investing may become a fillip for the reform.”

With talk of Asia falling behind its Western counterparts in the realm of impact investing, how should late movers like China expect to join the fray?

The cliche that Asia is lagging Europe in environmental, social and governance (ESG) is not necessarily correct. But, the importance of reliable and trustworthy data remains a critical factor for all fund managers.

Calling information and data the “biggest barrier” to impact investing essentially becoming an influential practice, Reynolds believed one major advantage China has over its peers is that “one is able to address the technological and data related issues much more quickly than anywhere else”.

He hoped that, in the near future, impact investing is no longer a much discussed topic because it does not mean so much any more. At that time, impact investing will be viewed naturally and equally important as any other criteria in making investment decisions.

Such a dream world, however, may still be miles away.

According to a report from consulting firm McKinsey & Company, impact investing could grow to more than US$300 billion by 2020, but even that would be a small fraction of the US$2.9 trillion or so that will likely be managed by private-equity firms worldwide in 2020.

Colin Graham — chief investment officer of multi-asset solutions at Singapore-based Eastspring Investments, the Asian investment arm of Prudential — pointed out that many company executives and decision makers today have shown a general conceptual appreciation of the merits of ESG information disclosure and using the information for investment decisions, but their grasp of how they should be executed is far from enough.

“Impact investing is more than packaging all the information up into an ESG section of the research and setting up a whole new department internally, but leaving it to sit alone as an overlooked ‘intern’,” Graham said.

“Instead, companies should integrate it into processes and make policy of business. Otherwise, ESG is something that will always be seen different from everybody else.”

He believed there’s ideally a “virtuous circle” that makes ESG a “must-have” for promising social enterprises.

As companies become more proactive in making the structural changes and integrating ESG into daily operations, they will, hopefully, attract capital from ESG-minded investors. With business running well, revenue and share prices going up, they’ll become even more attractive to the broader investing community. This encourages them to further implement the principles of ESG, Graham said.