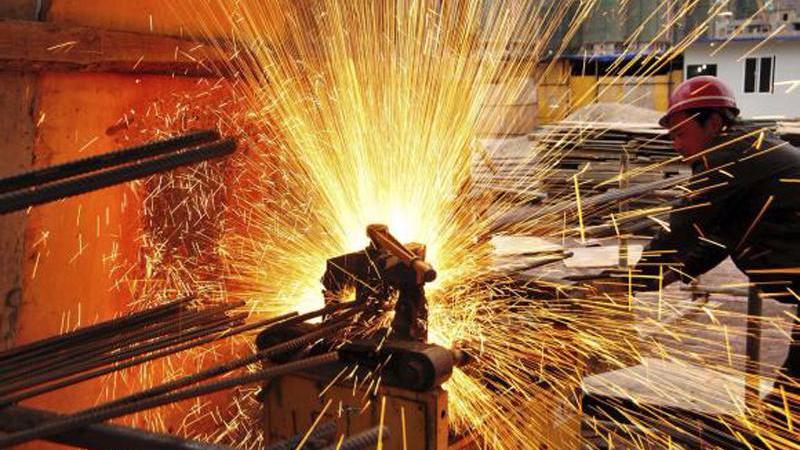 BEIJING - China's service sector picked up slightly in October, but growth remained weaker than the historical average, a private survey showed Friday.
The Caixin General Services Purchasing Managers' Index (PMI) rose to 51.2 from September's 21-month low of 50.6, according to the survey conducted by financial information service provider Markit and sponsored by Caixin Media.

The index remained above the 50 mark that separates expansion from contraction, indicating a sustained increase in service activity

The index remained above the 50 mark that separates expansion from contraction, indicating a sustained increase in service activity.
The new order sub-index rose modestly because of a combination of firmer underlying client demand and new products. Employment continued to expand at marginal pace, while the prices charged index climbed at the quickest rate since August 2015.
The sub-index for business confidence also picked up from September's 10-month low, but remained weaker than the survey average.
A separate survey released Wednesday showed the Caixin manufacturing PMI stood at 51 for October, unchanged from September.
The Caixin China Composite Output Index, which covers manufacturing and services companies, fell from 51.4 in September to 51, the lowest level since June 2016, dragged by slower growth manufacturing output.
Zhong Zhengsheng, director of macroeconomic analysis at CEBM Group, said the data suggested the economy had a relatively weak start in the fourth quarter, but monetary policy was unlikely to be loosened unless major downside risks emerged.
The Caixin PMIs came after an official survey showed the manufacturing and non-manufacturing PMI for October both fell from the previous month to 51.6 and 54.3 respectively, as an eight-day holiday cut working days last month.
The official survey samples 4,000 relatively large non-manufacturing companies, while Caixin uses a smaller sample of around 400 companies, mainly focused on small and medium-sized firms.
The economy grew 6.8 percent in the third quarter from a year earlier, a notch below the previous quarter's 6.9 percent rise but above the government target of around 6.5 percent for 2017.
The benchmark Shanghai Composite Index declined 0.34 percent to end at 3,371.74 Friday.