Afghan president calls on Taliban to join in peace talks 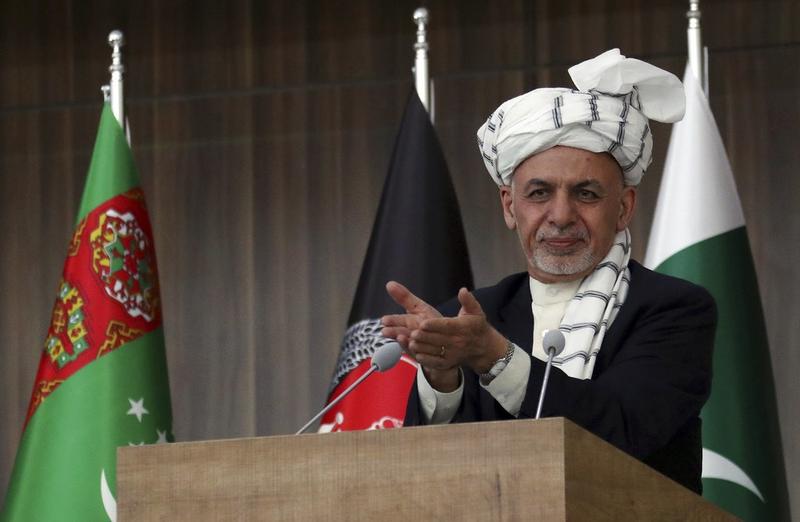 KABUL, Afghanistan — Afghanistan President Ashraf Ghani on Wednesday called on the Taliban to take part in peace talks to "save the country," offering security and incentives such as passports to insurgents who join the negotiations.

Ghani spoke at the 2nd Kabul Process Conference attended by representatives from more than 20 countries and international organizations.

"We will consider the Taliban's view in the peace talks," he said.

Ghani said the Afghan government will provide passports and issue visas to Taliban members and their families and open an office for them in Kabul. He said his government would also work to remove sanctions against Taliban leaders.

Ghani said a ceasefire must be agreed on and the Taliban must be declared a political group.

"The Afghan government must be accepting and we will also work on the list of freeing Taliban prisoners," he said.

A resurgent Taliban has been blamed for much of the increased violence in Afghanistan since US and NATO forces concluded combat missions in 2014. The recent attacks have underscored the weaknesses of Afghan security forces more than 16 years after the US-led invasion toppled the Taliban.

US Deputy Assistant Secretary for South and Central Asia Alice Wells has said the United States has kept the door open to dialogue with the Taliban.

The Taliban in a statement Monday called on US officials to talk directly to their political office regarding a peaceful solution to the fighting.

"It would help in finding a solution if America accepts the legitimate demands of the Afghan people and forward its own concerns and requests for discussion to the Islamic Emirate through a peaceful channel," the statement said.

The Taliban said in the statement the US must recognize that the conflict cannot be solved militarily.

Over the weekend in western Farah province, at least 18 soldiers were killed when their checkpoint came under attack by Taliban insurgents, two other soldiers were wounded in the attack in the Bala Buluk district, according to defense ministry officials.

On Jan 27, a Taliban attacker drove an ambulance filled with explosives into the heart of the city, killing at least 103 people and wounding as many as 235.

The Taliban claimed the ambulance attack, as well as an attack a week earlier than that in which militants stormed a luxury hotel in Kabul, killing 22 people, including 14 foreigners, and setting off a 13-hour battle with security forces.