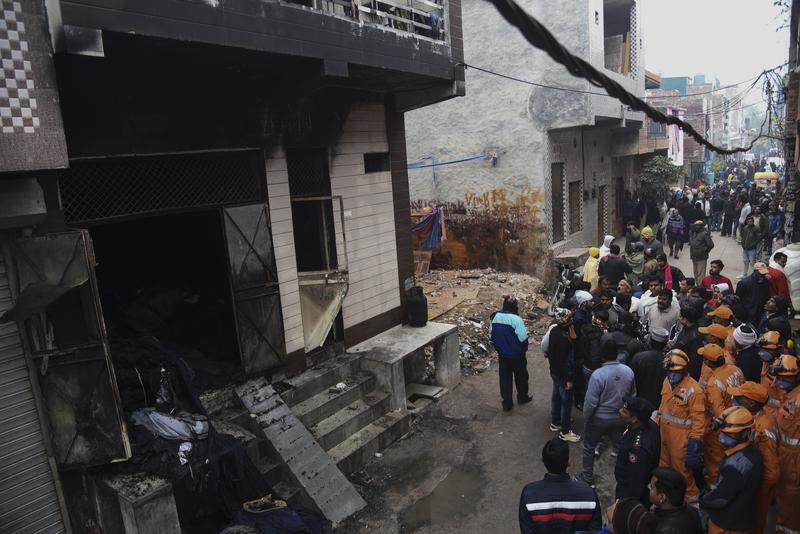 People gather around a warehouse where a fire broke out at Kirari area of New Delhi, India, Dec 23, 2019. (PHOTO / AP)

NEW DELHI — A fire at a warehouse in India's capital on Monday killed nine people and injured three others, an official said.

It was the second major fire in New Delhi this month

The fire broke out early in the morning in New Delhi's Kirari area. Its cause was not immediately known, an official with the Delhi Fire Service said. It took about three hours to contain the fire.

The official spoke on condition of anonymity because he was not authorized to speak to the media.

The injured were admitted to the nearby Sanjay Gandhi Memorial Hospital, the official said.

It was the second major fire in New Delhi this month. On Dec 8, a fire believed to be caused by an electrical short circuit engulfed a building in the capital, killing at least 43 people.