Techniques and awareness: Journalists of the future 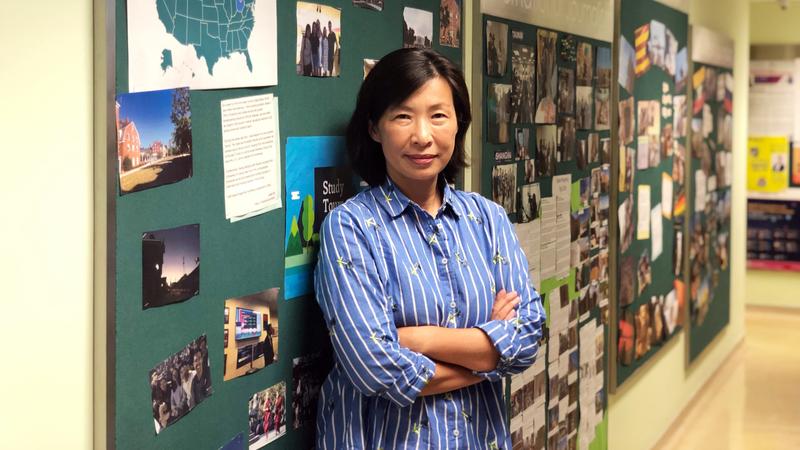 Several years ago, reporters for Buzzfeed trained a computer to recognize different kinds of flight paths. The computer analyzed a massive amount of airplane flight data from the United States and depicted thousands of graphs.

The result showed a bunch of planes continually circled around and around in a few spots — which was weird because that would cost a whole lot of fuel.

After a thorough investigation, the reporters identified these planes as covert spy planes sent by the US government. Then they found out who the planes belonged to, what they were doing and published the story in 2017.

The project won Buzzfeed a 2018 Data Journalism Award for innovation in data journalism.

In 2018, about 30 to 40 junior students from the two departments became the first students of DMC.

In the second year, the students are taught more advanced theories and techniques. The courses include investigative reporting and machine learning — the latter being the core technology used in Buzzfeed’s airplane story.

For journalism students, computer techniques and journalism awareness must work side by side, said Zhang, who is a research assistant professor in the Department of Journalism.

The trend toward applying data has spread news entities in recent years. Traditional media have set up data laboratories to practice the model. The BBC has News Labs. Journalists, video producers, programmers, and designers work on the front-end and back-end of their websites.

Meanwhile, there are groups searching out topics from a vast amount of public information. Superficially, these subjects may seem obscure, but with tools and techniques, they become clear and meaningful. 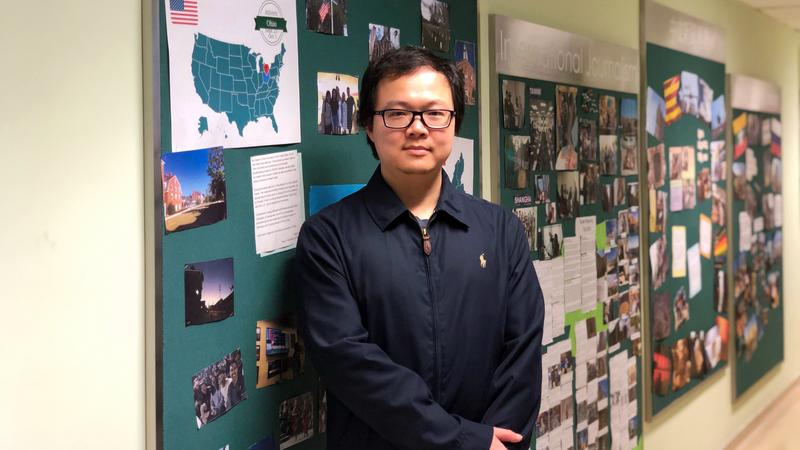 Zhang gave another practice as an example. A researcher named Amber Thomas from The Pudding — a digital publication with visualized essays — analyzed uniform rules at 481 US public high schools. Thomas found the rules using sexualized language that may show bias towards students of different genders and races.

Zhang said the issue was not easy to notice but was revealed through data analysis.

In DMC, students are required to use what they learn to produce news items, just as if they were in actual newsrooms.

Their latest project was reporting on Hong Kong’s 2019-20 Budget. The budget was tabled on Feb 28. Students handed in their assessments in early March.

Zhang said reporting on the annual budget was a drill for students. And the students made a decent showing by using a variety of visualization methods (i.e. line charts, stacked bar charts, and pie charts) and turned the dry numbers into manifested trends and contrasts.

The next step is to teach students to discover social issues or stories from data. Rose Luqiu Luwei, assistant professor of the Department of Journalism, said the internet provides enough public data to journalists. The data need to be explored and understood.

Next semester, Luqiu will join the DMC. She will teach a course with professor Zhang. The course is planned as a web-based media platform, where students will learn and practice how to find stories and their best angles and how to report them to the public.

Luqiu was a television journalist for 20 years before moving to academia. She covered major international events ranging from the wars in Middle East to the tsunami in Indonesia.

“For those involved in news reporting, data cannot be taken separately. One needs to interpret the data correctly to discover what is of importance,” said Luqiu.

Luqiu gave an example that in 2017, about 1,394 domestic violence crime cases were reported to the police, dropping 7.6 percent from 2016, according to the Hong Kong Police Force.

The figure doesn’t necessarily mean prevention of domestic violence has improved, said Luqiu. The dramatic drop in the number of reported cases was possibly caused by people’s failing to report violent incidents to police. It needs a more sophisticated analysis.

Luqiu said she hoped students can relate the skills they have learned to social issues such as gender equality. The School of Communication at HKBU and the United Nations Entity for Gender Equality and the Empowerment of Women jointly organized the world’s first workshop for using data to discuss gender issues at the university in April.

The workshop brought together journalism schools across the Asia Pacific region and served as a frontier for a practical approach on social subjects in Asia and beyond.

In the past, few media had the resources to allow reporters to spend months or years reading and analyzing texts. But the new techniques make data collection and analysis the work of hours, or even minutes, as long as a reporter knows what he or she is looking for.

Such skills and awareness are important for a journalist’s career development and moreover, for social welfare, said Luqiu.

The reform on journalism teaching is continuing. Another new program — Master of Science in Artificial Intelligence and Digital Media — will be launched by the School of Communication and Faculty of Science at HKBU this year. Applicants will be provided with interdisciplinary training in big data analytics, AI theories and applications, and media communication are needed for the digital era.

The teaching of journalism is always changing with the advance of technology, said Luqiu. From newspapers to radio and television to video websites, it cannot be predicted what the next disruptive technology will be. Journalism schools must keep pace with the times, she added.

The nature and principles of journalism have not changed, said Luqiu. The Department of Journalism is still educating students to write accurate, objective and balanced stories and will continue to do so.