Zheng, Murray move into China Open round of 16 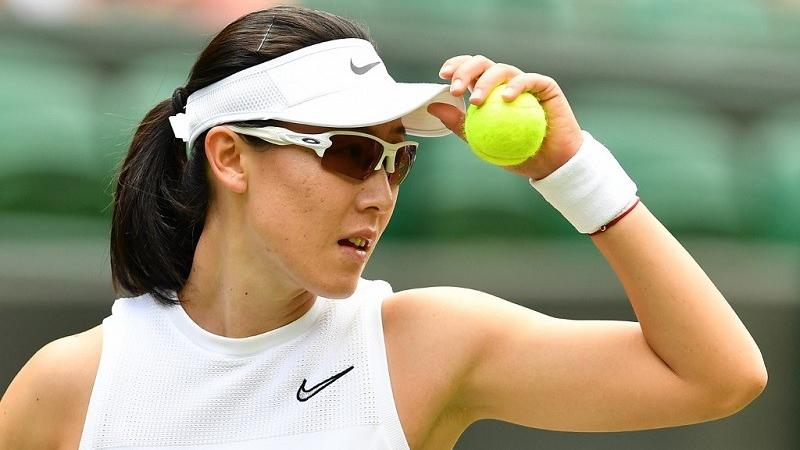 China's Zheng Saisai prepares to serve against Australia's Ashleigh Barty during their women's singles first round match on the second day of the 2019 Wimbledon Championships at The All England Lawn Tennis Club in Wimbledon, southwest London, on July 2, 2019. (DANIEL LEAL-OLIVAS / AFP)

BEIJING - Round of 32 action at the ongoing 2019 China Open here on Tuesday saw a home favorite take down a top-flight player, while other top seeds on both the men's and women's sides advanced with a few exceptions.

Starting off the day on the Diamond court, former world No. 1 Andy Murray had his first match against a top-20 player since his hip surgery, needing two tie breaks to defeat 8th seeded (and world No. 13) Matteo Berrettini of Italy, 7-6 (2), 7-6 (7).

Murray played a very conservative game from the baseline, staying in rallies for the long haul and giving his opponent very little space on return.

Murray played a very conservative game from the baseline, staying in rallies for the long haul and giving his opponent very little space on return

The two players held each other's services to love to 2-all in the opening set, before the Italian drew first blood, breaking Murray's service with play from the baseline every bit as aggressive as Murray's was muted.

Murray would go on to get a break of his own to level the set at 5-all, and the two would serve out the remainder to take it to the tiebreak, where Murray stormed to the 7-2 margin with ease, sealing the set in just under an hour.

The two players would trade breaks early in the second set before going on to serve out the rest of their games, requiring yet another tiebreak. Berrettini was put up more of a fight in the second go around, serving for the set twice but proving unable to convert and force a decider.

Berrettini's aggressive forehand was both his best asset and his undoing, he hit 36 winners (20 off the forehand side) but almost as many (37) unforced errors, with 20 unforced coming off that side as well.

Murray faces qualifier Cameron Norrie (also of Britain) in the round of 16.

Top seed Dominic Thiem had a straightforward 6-4, 6-1 win over Richard Gasquet, setting up a meeting with home player Zhang Zhizhen in the round of 16.

Last year's champion Nikoloz Basilashvili overcame a few hiccups to defeat Guido Pella of Argentina 6-4, 7-6 (3). Up next for Basilashvilli is third-seeded Stefans Tsitsipas of Greece, who bounced back from a set down to defeat Dusan Lajovic, 4-6, 6-3, 6-4. 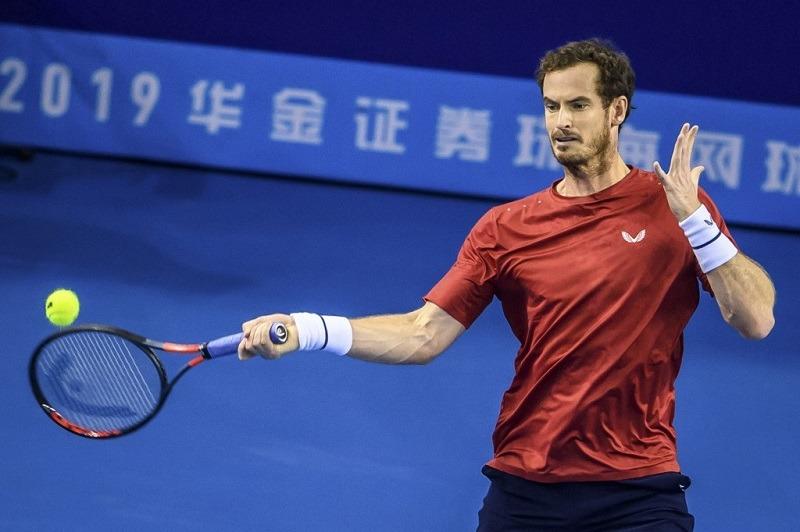 Andy Murray of Britain hits a return against Alex de Minaur of Australia during their men's singles second round match at the Zhuhai Championships tennis tournament in Zhuhai in China's southern Guangdong province on Sept 26, 2019. (STR / AFP)

On the WTA side, the first match on Lotus Court saw world No. 1 Ashleigh Barty score her first-ever win in Beijing to take out No. 37 Yulia Putinseva in straight sets, 6-4, 6-2.

The pair traded breaks out of the gate, but Barty would go one break up serving at 2-all to establish a lead that she would maintain for the rest of the opener.

Barty's aggressive forehand (both cross-court and down the line) proved decisive in both sets. Her high-risk approach saw her rack up 23 winners (13 on the forehand side) but also 27 unforced errors (15 of those off the forehand).

Up next for Barty is China's Zheng Saisai, who stunned American 13th seed Sloane Stephens in straight sets, 6-3, 6-1. Zheng played well on both offensive and defensive fronts, saving seven of the eight break points she faced and converting five of the six she created.

Elsewhere in the women's draw, 4th seed Naomi Osaka of Japan made easy work of Andrea Petkovic, breaking every one of her opponent's service games on the way to a bagel second set, 6-2, 6-0. Osaka next faces Wuhan Open runner-up Alison Riske who needed a decider to take out Ajla Tomljanovic, 6-3, 3-6, 6-4.

A major casualty today was Wuhan Open champion Arnya Sabalenka, who coughed up nine double faults off 53 percent first service shooting to fall in straight sets to Daria Kasatkina, 6-4, 7-6 (5). Kasatkina faces Ekaterina Alexandrova in the round of 16.

Another casualty was world No. 13 Angelique Kerber, whose bad post-Wimbledon run of form continued with a straight-sets loss to Polana Hercog, 6-4, 6-2. Hercog set up a round of 16 clash with 8th seed Kiki Bertens.

16th seeded Caroline Wozniacki had better luck against qualifier Christina McHale, who coughed up 46 unforced errors on the way to dropping a bagel second set, 6-4, 6-0. Wozniacki faces Katerina Siniakova in the round of 16.

World No. 7 Petra Kvitova logged a relatively straightforward win over Kristina Mladenovic, 6-4, 6-4, setting up a meeting with Belinda Bencic in the round of 16.

Round of 16 action gets underway tomorrow at China's National Tennis Center.