May requests 3-month delay for Brexit

Britain's Prime Minister Theresa May leaves 10 Downing Street in London on Feb 13, 2019 ahead of the weekly Prime Ministers Questions session in the House of Commons. (BEN STANSALL / AFP)

LONDON/BERLIN — British Prime Minister Theresa May asked for a three-month delay to Brexit on Wednesday to buy time to get her twice-rejected divorce deal though parliament, but the request faced immediate resistance from the European Commission.

May said Britain remained committed to leaving the European Union "in an orderly manner" and she wanted to postpone Britain's departure to June 30.

But a European Commission document seen by Reuters said the delay should either be several weeks shorter, to avoid a clash with European elections in May, or extend at least until the end of the year, which would oblige Britain to take part in the elections

But a European Commission document seen by Reuters said the delay should either be several weeks shorter, to avoid a clash with European elections in May, or extend at least until the end of the year, which would oblige Britain to take part in the elections.

The pound fell sharply as May requested her extension.

Nearly three years after the United Kingdom voted to leave the European Union and nine days before the formal exit deadline, British politicians are still arguing over how, when or even if the world's fifth largest economy should leave the bloc it first joined in 1973.

When May set the March 29 exit date two years ago by serving the formal Article 50 divorce papers, she declared there would be "no turning back" but parliament's refusal to ratify the withdrawal deal she agreed with the EU has thrust her government into crisis.

Now May has written to European Council President Donald Tusk to ask for a delay.

"As prime minister I am not prepared to delay Brexit any further than the 30th of June," May told a rowdy session of parliament.

"I have therefore this morning written to President Tusk, the president of the European Council, informing him that the UK seeks an extension to the Article 50 period until the 30th June," she said. 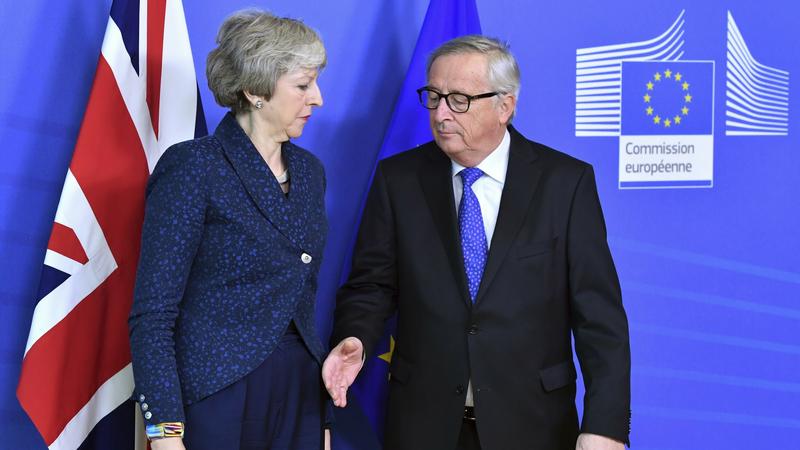 She said she planned to ask parliament to vote a third time on her departure deal, which lawmakers have already voted down twice. She didn't say when the vote would happen.

But May did say delaying Brexit did not rule out the possibility that Britain could leave without a deal.

The opposition Labour Party said by choosing a short delay May was forcing British lawmakers to decide between accepting a deal they have already rejected or leaving without a deal.

Pro-Brexit members of May's Conservative Party are opposed to a longer delay because they fear it could mean Brexit might never happen. 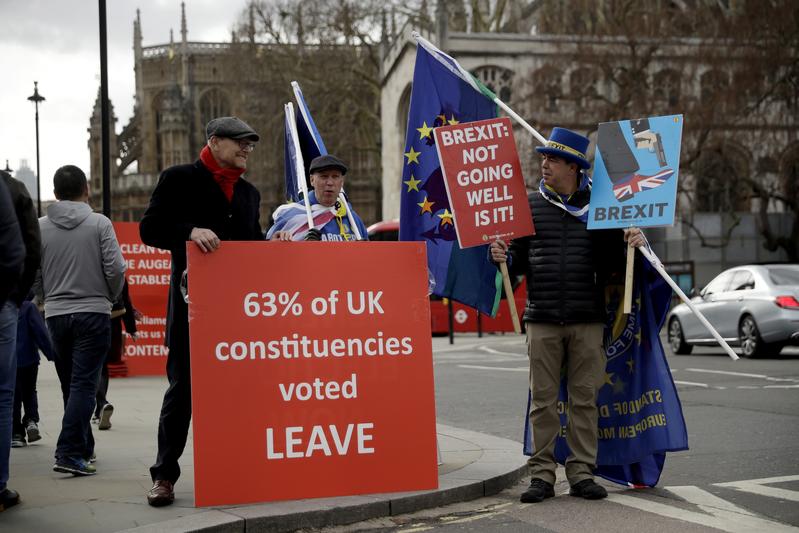 The EU said any extension should either be until May 23, the date of the European Parliament elections, or at least until the end of the year, which would require Britain to take part in those elections. May said it was not in Britain's interests to take part in European elections.

"Any extension offered to the United Kingdom should either last until 23 May 2019 or should be significantly longer and require European elections," the EU document said.

"This is the only way of protecting the functioning of the EU institutions and their ability to take decisions."

The document also said the EU should offer Britain just one extension as multiple delays would leave the bloc in limbo.

European Commission President Jean-Claude Juncker had warned May against requesting a Brexit delay beyond the European elections, unless Britain takes part, an EU spokeswoman said.

While the United Kingdom remains divided over Brexit, most agree it will shape the economic future of generations to come and, if it goes badly, could undermine the West and threaten London's position as the dominant global financial capital.

The loss of Britain for the EU is the biggest blow yet to more than 60 years of effort to forge European unity after two world wars, though the 27 other members of the bloc have shown surprising unity during the tortuous negotiations.

Britain's Brexit crisis has left allies and investors puzzled by a country that for decades seemed a confident pillar of Western economic and political stability.

EU leaders are expected to discuss May's request for a Brexit delay at a summit in Brussels on Thursday and Friday.

Juncker said earlier the EU had done much to accommodate Britain and could go no further.

"There will be no renegotiations, no new negotiations, no additional guarantees in addition to those already given," he told Germany's Deutschlandfunk radio. "We have intensively moved towards Britain, there can be no more."