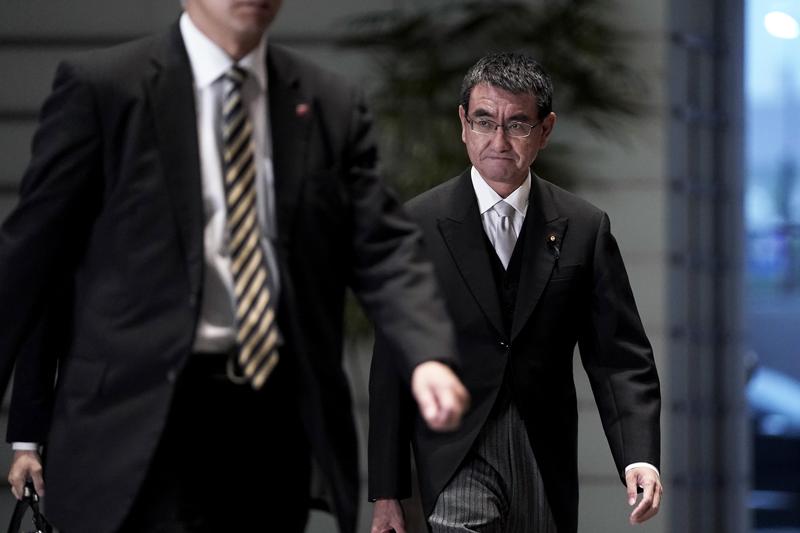 Japanese Defense Minister Taro Kono will seek to succeed Prime Minister Shinzo Abe as leader of the ruling Liberal Democratic Party in the next election, placing himself in the small pack of lawmakers looking to take over from the long-serving premier.

A survey by the Nikkei newspaper last month showed Koizumi, the 38-year-old son of a former premier, was the most popular choice as next prime minister

Kono told broadcaster BS Fuji late Wednesday he would put his name forward, citing energy and social security policies as his top priorities. A harsh critic of the current government’s climate change policy, he joins a group that includes popular Environment Minister Shinjiro Koizumi and former Defense Minister Shigeru Ishiba, who was the only politician to run against Abe in the last party race in 2018.

Abe is set to become Japan’s longest-serving premier Nov 20, when he overtakes Taro Katsura, who served more than a century ago. His tenure as LDP leader runs to September 2021, and some in the party have said rules could be changed to allow him to serve an unprecedented fourth consecutive term.

ALSO READ: Kyodo: Abe sends offering to war-dead shrine but will not visit

Given the weakness of the splintered opposition, the president of the long-dominant LDP effectively becomes prime minister. The party leader, however, is chosen by its lawmakers and other members, rather than by public vote. The LDP has controlled the powerful lower house of parliament, and thus the government, for all but four of the past 64 years.

A survey by the Nikkei newspaper last month showed Koizumi, the 38-year-old son of a former premier, was the most popular choice as next prime minister. Chief Cabinet Secretary Yoshihide Suga, a close Abe ally, was reported as endorsing Koizumi in August as a future leader, despite his relative youth.

Kono, a fluent English speaker who had previously served as foreign minister, came in fourth in the Nikkei poll, behind Abe and Ishiba.