By Li Yang in Beijing and Sun Ruisheng in Taiyuan

Jin Gong Pan, a plate given as dowry to his daughter by Jin Wengong, a ruler of the state of Jin during the Spring and Autumn Period. (SUN RUISHENG / CHINA DAILY)

The Shanxi Bronze Museum in Taiyuan opened its doors to the public on July 27. Among the museum's 2,200 bronzeware exhibits, the earliest piece is a 2,800-year-old bronze plate.

Unlike other historical museums in North China's Shanxi province, a cradle of ancient Chinese civilization in the middle reaches of the Yellow River, nearly one third of the Bronze Museum's collection is made up of booty grabbed by local police from dealers trading in illegal cultural relics and raiders of ancient tombs. Locals call it a "lost-and-found" museum and so far it has been receiving around 3,500 visits a day.

"Each of the recovered cultural relics tells a tough story. They were scattered around the world before the Shanxi police brought them home," says Han Binghua, an archaeologist at the Shanxi Cultural Relics Bureau.

"Most major ancient civilizations have, at some point, experienced a Bronze Age, among which China is one of the earliest," Han notes. "In the Xia (c.21st century-16th century BC), Shang (c.16th century-11th century BC) and Zhou (c.11th century-256 BC) dynasties, China's bronze forging industry was highly developed." 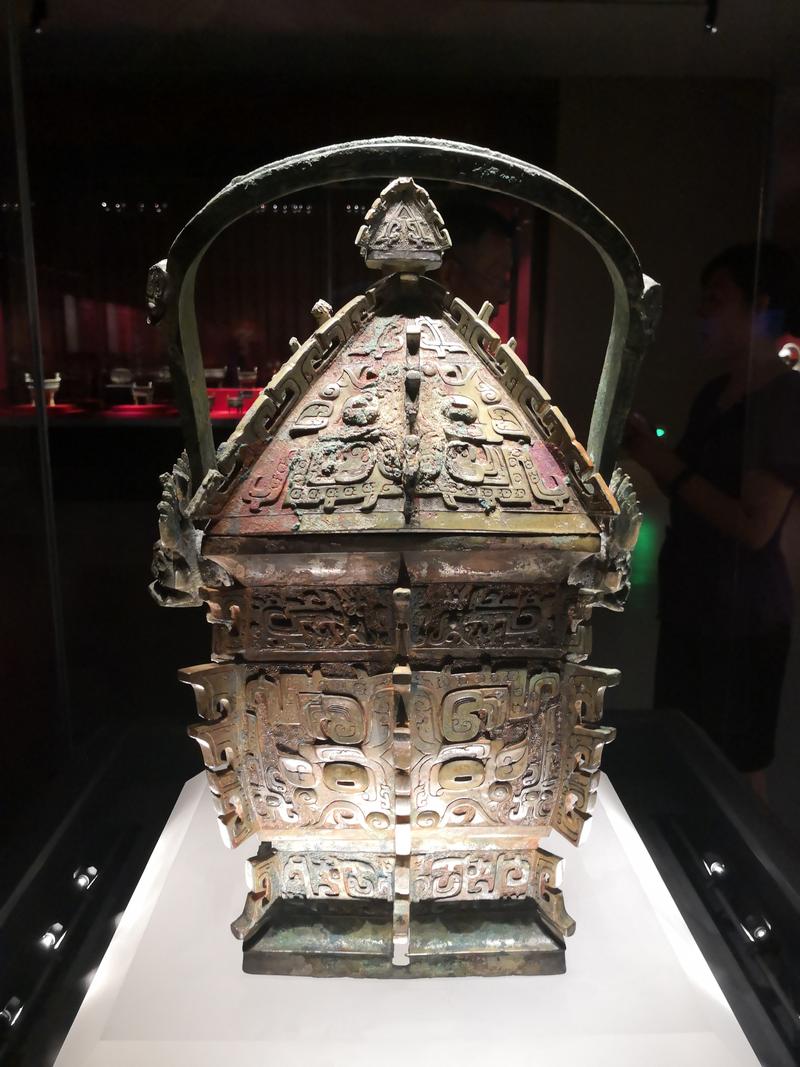 Yi Fang Yi, another wine vessel with a handle, which is rare, also from the Western Zhou era. (SUN RUISHENG / CHINA DAILY)

Shanxi has at least six Bronze Age ruins that are of national importance. They have yielded a large amount of ancient bronzeware since the 1950s, which have become important physical evidence to study almost all aspects of life at all levels of society in that time, especially as most carry inscriptions, most of which are still readable.

The most valuable pieces among those retrieved are a pair of statues forged during the Western Zhou Dynasty (c.11th century-771 BC), which had been sold to Hong Kong, according to Han, who says the two statues are important for the study of the dynasty, as the inscriptions on them record tribal migration of the time in great detail.

The police have seized thousands of artifacts from 171 gangs involved in the unlawful trade of cultural relics since the once rampant ransacking of ancient tombs had been stymied and the Shanxi public security department launched a special campaign early last year. Another 800 pieces, seized by the police during the campaign, will soon be added to the exhibition, according to the Shanxi public security department. 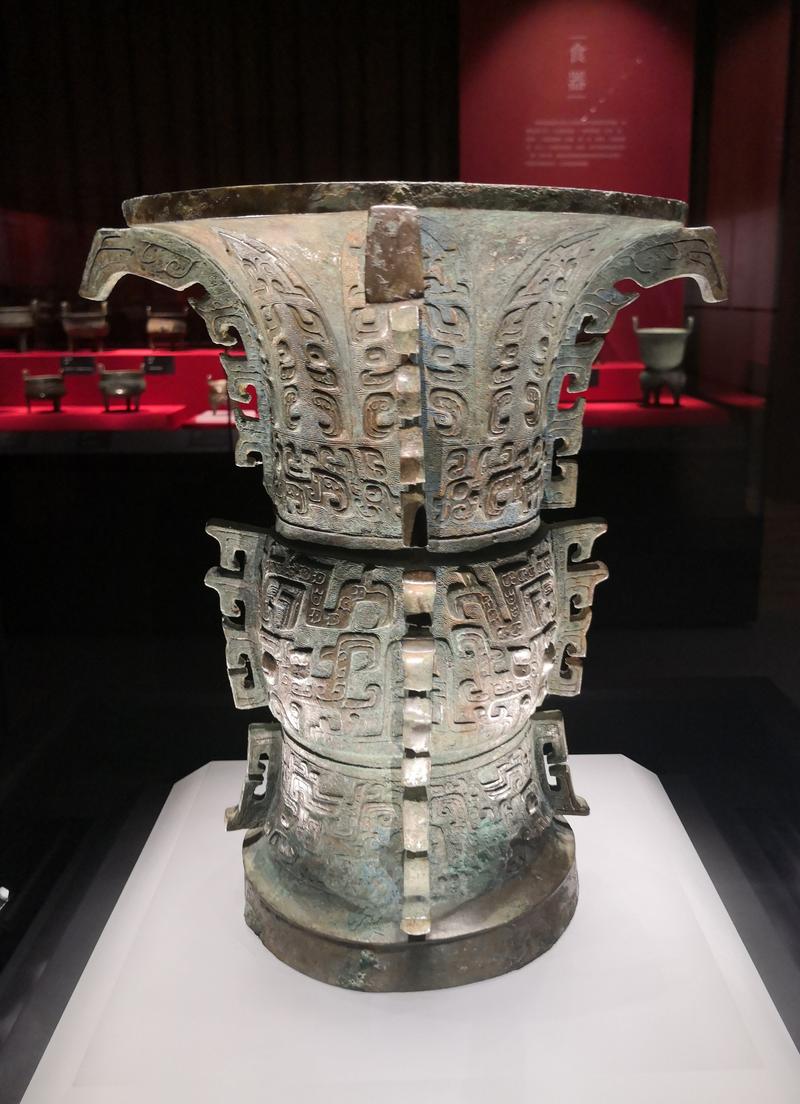 Yi Zun, a wine vessel from the Western Zhou Dynasty, one of the earliest bronzeware in the Shanxi Bronze Museum. (SUN RUISHENG / CHINA DAILY)

Liu Xu, a professor of archaeology at Peking University, says the Shanxi police crackdown on crime pertaining to cultural relics is not undertaken on a case-by-case basis, but focuses on the whole illegal chain, from tomb raiders to the sellers, and is proving to be very efficient.

Ning Lixin, a coordinator of the founding of the museum and an inspector of the Shanxi cultural relics bureau, says the retrieved treasures not only show the achievements of police, but also promoted the construction and opening of the museum.

After visiting the museum, Li Feng, an archaeologist and a researcher of bronzeware at Jilin University, spoke highly of the exhibits, noting that they are of great historical value. He suggests that Shanxi has the potential to become a national center for the collection, protection and research of Chinese bronzeware.