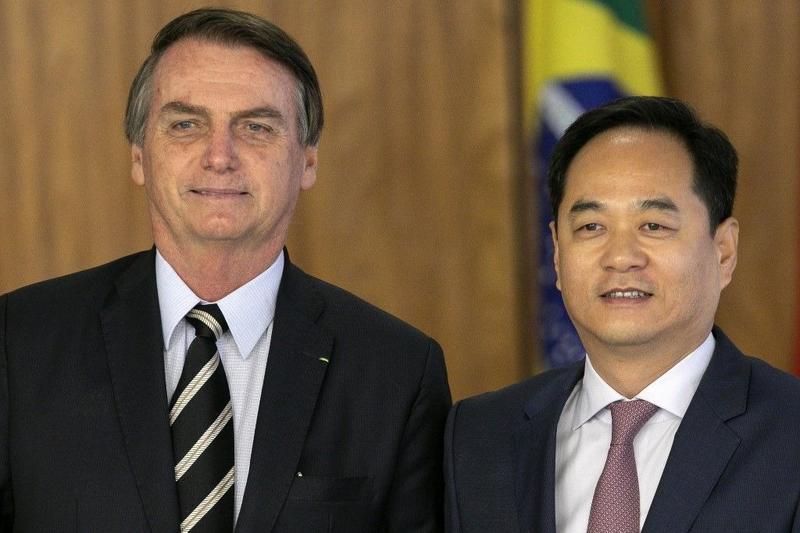 BRASILIA – Cooperation between the emerging economies forming the BRICS bloc has produced positive effects and it will promote globalization for a shared future, Chinese Ambassador to Brazil Yang Wanming has said. Yang recently spoke with Chinese media outlets, including Xinhua, in the lead-up to the 11th BRICS Summit to be held in Brasilia on Nov 13-14, which will gather leaders from the BRICS economies – Brazil, Russia, India, China and South Africa.

In the past 10 years, cooperation among the bloc members has helped spur development, ushering in a period of "golden decade" for BRICS countries. BRICS has served as a key mechanism for cooperation by bringing leaders together to forge consensus on important issues, said Yang.

The current rise of unilateralism and trade protectionism has exacerbated the global situation, injecting greater uncertainty and instability into the world economy

"Especially on certain important international affairs, the BRICS countries are able to put forward a common position and to speak collectively with the global community, safeguarding the shared interests of the developing countries, particularly the emerging markets," Yang said.

The current rise of unilateralism and trade protectionism has exacerbated the global situation, injecting greater uncertainty and instability into the world economy, he said. Grappling with a volatile landscape, the BRICS countries strove for greater coordination last year, he noted.

Both at an informal gathering of BRICS leaders in Osaka in June and a meeting of the bloc's foreign ministers in Rio de Janeiro in July, the group issued joint statements to underscore its message.

"They unanimously showed the world their common position in favor of multilateralism and the authority of the United Nations, facilitating free trade and investment, and spurring the construction of an open, innovative and shared global economy," said the ambassador.

The ambassador believes the upcoming BRICS summit will mark the beginning of a new "golden decade" of cooperation, and that the bloc members will speak with a common voice calling for multilateralism and an open world economy.