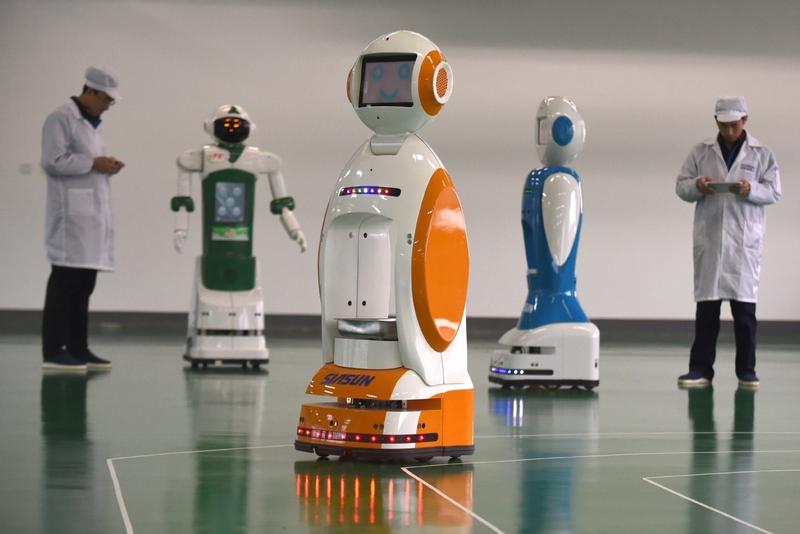 As rising labor costs and a mounting demographic crisis drive up global demand for both industrial and service robots, Siasun Robot & Automation Co, China's largest robot maker by sales revenue, plans to boost its innovation and manufacturing presence in more countries to tap the growing demand for "automated workers".

Headquartered in Shenyang, Northeast China's Liaoning province, the company plans to build a number of service and innovation facilities in economies participating in the Belt and Road Initiative such as Singapore, South Korea, India and the United Arab Emirates to further compete with its established global rivals, in addition to more than 30 export destinations throughout the world.

By combining customer demand, we have gradually shifted our focus on industrial robot research and development in more global locations, from large robots oriented for automation to small robots

Many companies face issues in gaining and retaining talent as attrition rates are surging in sectors like automotive, logistics and consumer electronics product manufacturing, especially in Southeast Asia, the Middle East and India, he said.

"By combining customer demand, we have gradually shifted our focus on industrial robot research and development in more global locations, from large robots oriented for automation to small robots," said Qu.

As it strives to become a global robot heavyweight in 2020, Siasun, currently supported by more than 4,000 researchers and engineers, is looking at investing in robot technology leaders in Europe and the United States, with acquisition deals starting from at least US$1 billion euros (US$1.12 billion).

Eager to enhance its going global strategy, the robot maker established its international headquarters in Shanghai to better coordinate its global businesses in 2017, and runs industrial parks across the country in Shenyang, Shanghai, Tianjin, Hangzhou in Zhejiang province, Qingdao in Shandong province and Wuxi in Jiangsu province.

Wang Yupeng, vice-president of Siasun's mobile robot business unit, said in addition to focusing on industrial robot research and development, the company will produce more service robots in China and other fast-growing markets to keep up with growing demand.

He said the change in demographics has helped create the opportunity. Working-age populations in East Asian countries are set to shrink and labor costs are likely to spiral upward as a result. That has given a fresh impetus to the development of robots.

In comparison with industrial robots that are used in industrial automation applications, service robots are usually found in the fields of medicine, inspection and maintenance systems, but they also have personal and home uses.

Such products can be used effectively across a huge range of services, from cleaning and assembly operations within the chemical and automotive sectors, to working at heights or depths that pose safety risks to human workers.

Founded in 2000, Siasun to date has provided industrial updating services to more than 3,000 foreign companies. Listed on the Shenzhen Stock Exchange in 2009, the company saw its operating profit jump 15.51 percent year-on-year to 524 million yuan (US$74.2 million) in 2018.

As living standards improve around the world, more people choose to live in cities, service and labor-intensive industries have started to struggle to find sufficient numbers of workers, and have seen rising employee turnover rates, said Zhang Bin, chief expert of world economic forecasting and policy simulation at the Chinese Academy of Social Sciences.

"The manufacturing and service sectors have been among the hardest hit, putting growing pressure on businesses to add investment in fully automating factories and service segments," said Zhang.