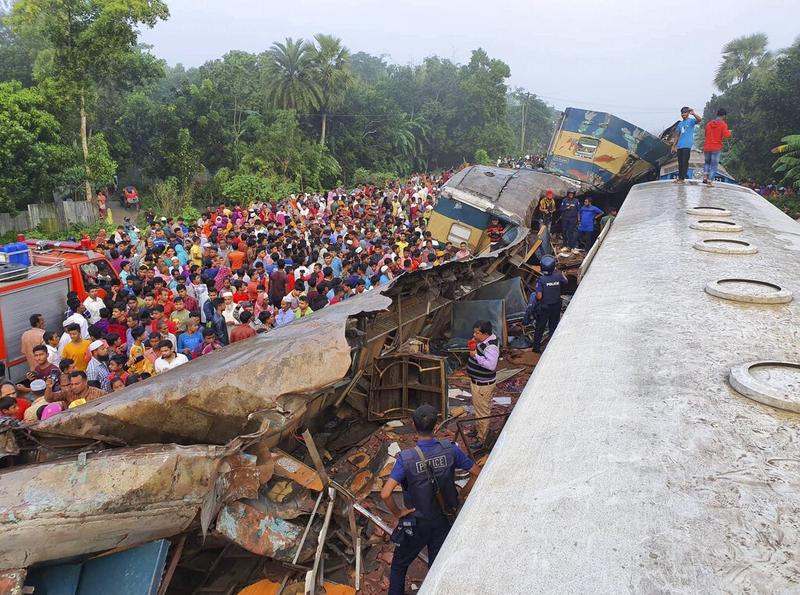 DHAKA — Rescuers in Bangladesh were struggling on Tuesday to pull passengers from mangled wreckage after a head-on collision of two trains killed at least 16 people and injured more than 40, officials said.

A train heading for the southern port city of Chittagong and one bound for Dhaka collided at around 3 am (2100 GMT) in Brahmanbaria, about 100 km east of the capital, crumpling three compartments of the southbound train.

"When I came out of the train, I saw dead bodies without heads, without legs, without hands," Mohammad Moslem, 50, who was among the passengers, many of them asleep at the time, told Reuters by telephone.

"We were so close to death, but Allah saved us," added Moslem, who was riding on the train headed for the port.

"Suddenly there was a big bang. I saw people were screaming," one of those on the train going to Dhaka said in television footage. 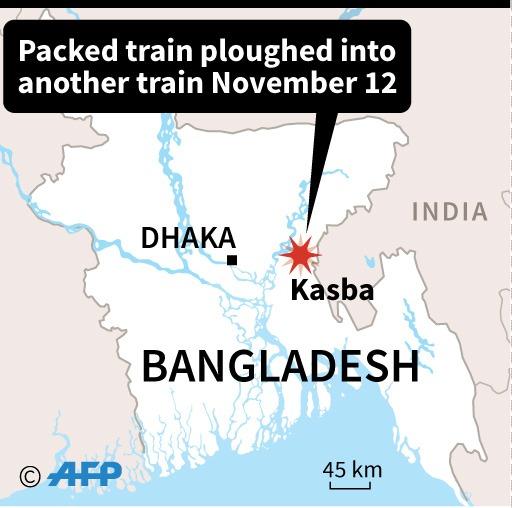 This AFP graphic shows a map of Bangladesh locating the area of a deadly train crash.

"So far, 16 bodies have been recovered," district official Hayat Ud Dowlah Khan told Reuters by telephone, warning that the toll could rise during the rescue effort by fire, police, border guard and army officials.

"More than 40 injured people have been admitted in hospitals," Khan said, with some in critical condition.

Prime Minister Sheikh Hasina expressed shock and sorrow at the injuries and loss of lives, urging officials and the public to provide support for the victims.

It was not immediately clear how the two trains came to be on the same track, and the government has ordered an investigation.

"One of the trains might have violated the signal, leading to the tragedy," one police official, Shayamal Kanti Das, told reporters.

Railway accidents in Bangladesh happen relatively frequently, many at unsupervised crossings, and also because of the poor condition of tracks.