Record high in Japan as heatwave grips the region 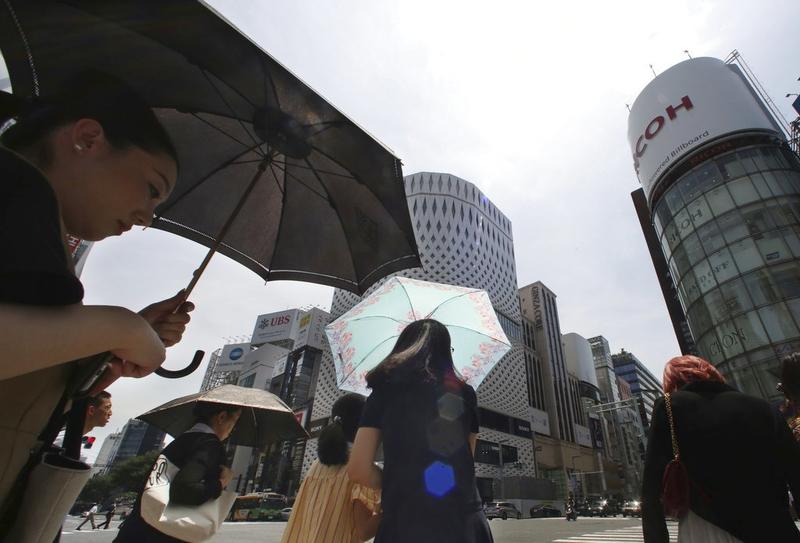 People shade themselves from the heat of the sun with umbrellas as they pass the Ginza shopping district in Tokyo on July 23, 2018 as Japan records the highest temperature ever in the country. The temperature hit 41.1 degrees Celsius (106 degrees Fahrenheit) in Kumagaya city on Monday afternoon. (KOJI SASAHARA / AP)

TOKYO – The temperature rose to a record 41.1 Celsius (106 Fahrenheit) in a city northwest of Tokyo on Monday, as a heatwave in Japan that has killed at least 23 people and sent thousands to hospital showed no sign of significant easing.

The temperature was recorded in Kumagaya, in Saitama prefecture, topping the previous high of 41C in the western prefecture of Kochi in August 2013, the Japan Meteorological Agency said.

Records go back to varying dates for different cities, with data for Kumagaya starting in 1896.

A lingering high pressure system has brought record-high temperatures to the region for more than a week, killing more than 40 people in Japan and 10 in South Korea.

Japan has been battered by intense heat for close to two weeks but the mercury soared on Monday, breaking above 40 in one part of the broader Tokyo metropolitan area, while the center of the capital marked a high of 39 in the early afternoon.

According to the Fire and Defence Management Agency, which issues weekly data, 12 people had died from the heat as of July 15, the latest available figures. Media reports say at least 11 more died this past Saturday alone, while thousands have been taken to hospital.

Among the dead was a primary school boy who collapsed after a field trip to a park 20 minutes' walk from his school. 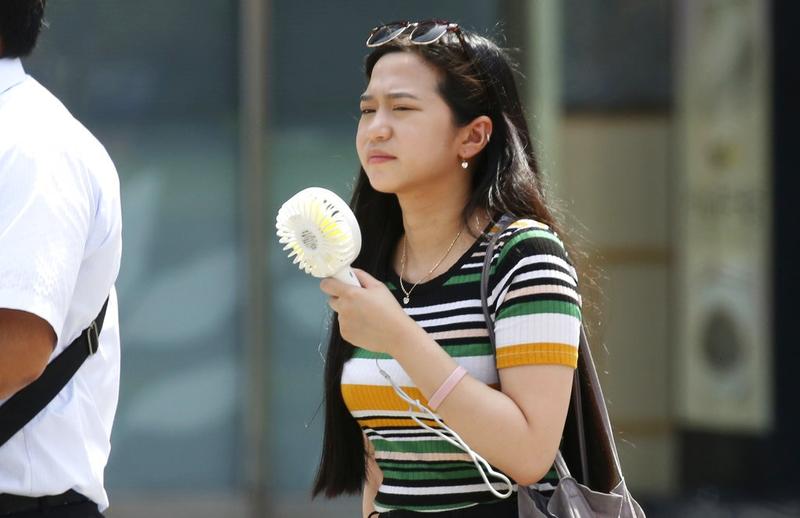 A woman holds a portable fan at a business district in Tokyo, July 23, 2018. Searing hot temperatures are forecast for wide swaths of Japan and South Korea in a long-running heatwave. (KOJI SASAHARA / AP)

Temperatures in the ancient capital of Kyoto marked a record last week of seven straight days above 38 degrees, hitting 39.8 on July 19, and prompting the city to cancel one of its biggest annual tourist events, a parade for the Gion Matsuri, on Sunday.

With the Tokyo Summer Olympics in 2020, concern has risen about the safety of athletes and spectators.

The heat, due to a layering of two high pressure systems over much of Japan, is expected to ease slightly this week but temperatures of around 33 are expected. 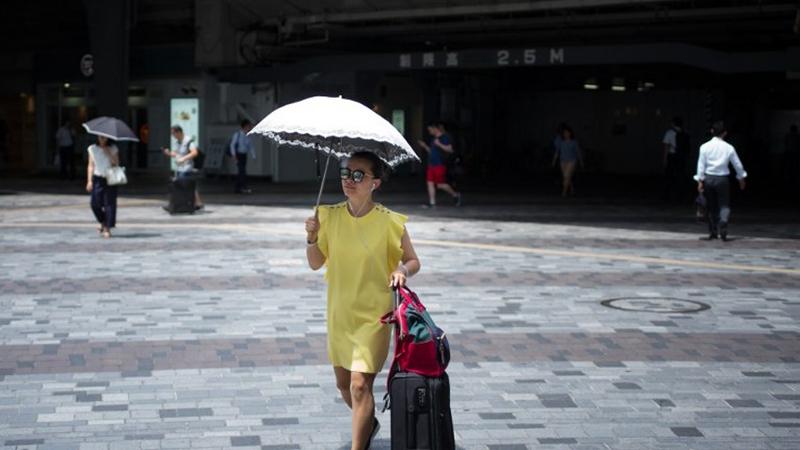 A woman holds an umbrella as she walks along a street in Tokyo, July 23, 2018, as Japan records it highest temperature. (MARTIN BUREAU / AFP)

In South Korea, 10 people have died of heatstroke and other heat-related causes this summer. Seven of them died last week, the Korea Centers for Disease Control and Prevention said Monday.

About 1,040 people have fallen ill because of the heat from May 20 to July 21, an increase of 61 percent over the same period of last year, it said. 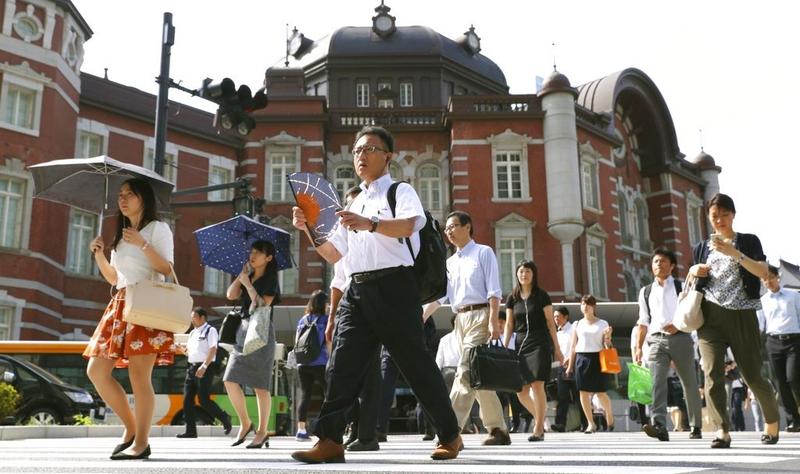 In this July 20, 2018 photo, people make their way in scorching heat near Tokyo station in Tokyo. (JUN HIRATA/KYODO NEWS VIA AP)

The mercury hit 39.9 degree Celsius (103.8 F) in the southeastern town of Hayang, the highest recorded in the country so far this year.