CEOs, experts weigh in on trade war at China forum 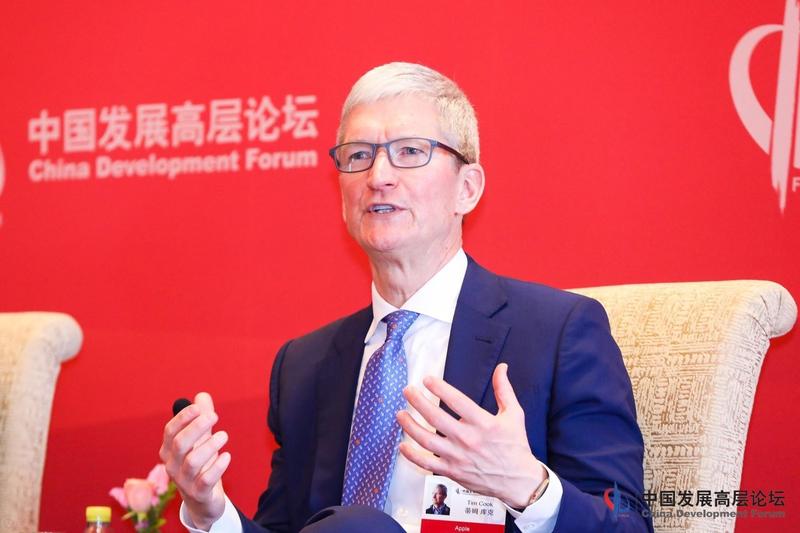 Leading global CEOs and experts shared their opinions on the trade war between China and the United States at the China Development Forum in Beijing on Saturday.

Tim Cook, CEO of Apple Inc, said only countries that embrace openness, trade and diversity can achieve success and be exceptional, when asked what suggestions he would give to the US President Donald Trump on trade relations with China.

One plus one equals three. The pie is going bigger through cooperation

"One plus one equals three. The pie is going bigger through cooperation," Cook said.

The company has sought to expand its services in China, its third-largest market, where roughly 1.8 million developers use its platform.

Cook has come to China several times in the past year, and was among executives who met Chinese President Xi Jinping last October.

China is better positioned and has wider range of instruments than the United States to absorb economic disturbance if the trade tension between the two countries intensifies, American economist Joseph Stiglitz said at the forum.

China has more ability to direct some parts of the economy (that might be hurt) as the country has increasingly shifted toward domestically driven demand and it can use government projects to increase demand in areas that might be suffering, Stiglitz said. 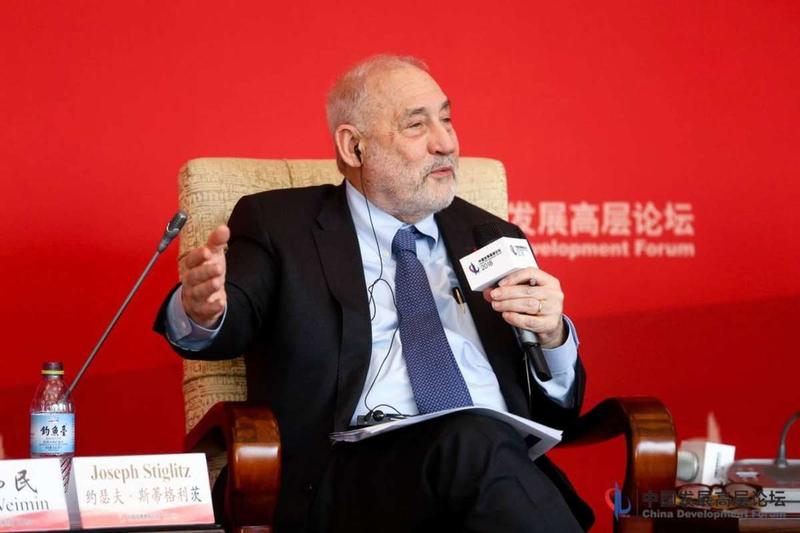 Stiglitz said that even if China changes its trade policies, it will not help resolve Washington's issue of the multilateral trade deficits as it is a consequence of the macroeconomy, and the US will have larger deficits with other countries.

The economist said that the US government is very constrained in what it can do as it has become very dependent on low-cost imports.

"For instance, if the tariffs imposed on Chinese textiles and apparel increase, the cost of living in the US will go up, the Federal Reserve by its mindset will increase interest rates which will slow the economy and create unemployment," he said.

Stiglitz said that China should respond in a moderate, tempered but firm and resolute way, and should work within the international law and under the framework of the World Trade Organization to resolve the trade tensions with the US.

Selling US debt would not be a rational option for China, Stiglitz said, as it will have a significant effect on the US dollar exchange rate and will drive down the value of the US treasury bond. 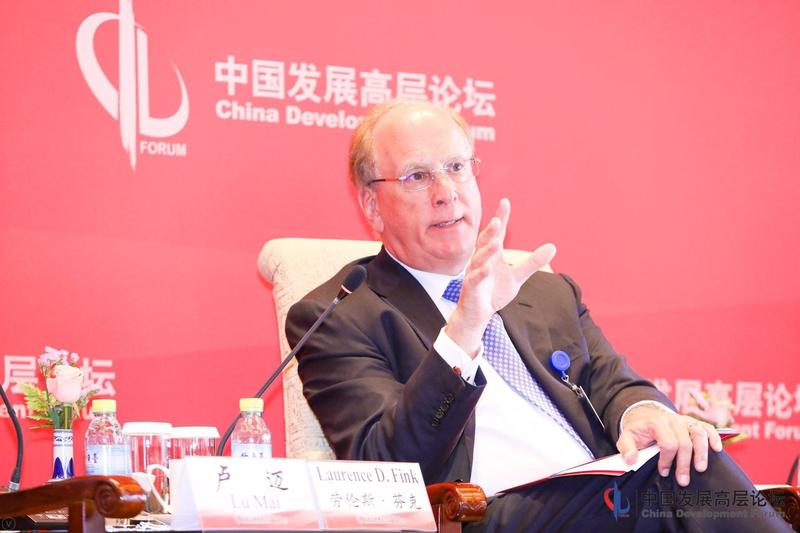 Both the US and China have benefited greatly from globalization. The world needs a stronger China and a stronger US

"Both the US and China have benefited greatly from globalization. The world needs a stronger China and a stronger US," he said at the forum

"The world is not a public fight in which we reduce future opportunities," he said, highlighting that the recent stock market falls speak louder about how businesses feel about the Trump administration's policies.

He said he hoped that both countries can find common ground through dialogue to rebuild trust and better bilateral economic and trade relations.

Jean-Sebastien Jacques, CEO of Rio Tinto, a leading global mining group, said the company stands for free trade, which is essential to business. 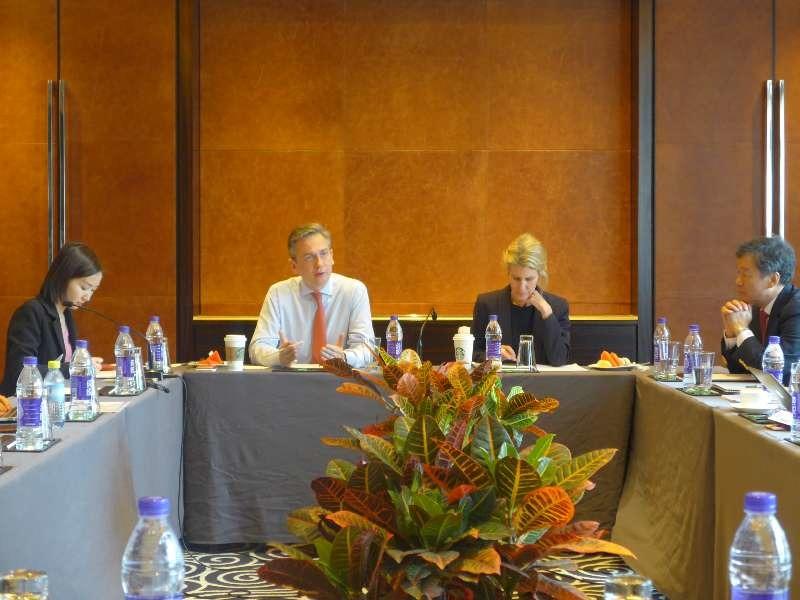 The growth of a company like Rio Tinto relies on the growth of GDP as well as free trade, with some 80 to 90 percent of its products moving from one country to another, he said during an interview with China Daily on Saturday.

History shows only with free trade can we create wealth

"History shows only with free trade can we create wealth, and that comes from full cooperation but not isolation," he said.

Jacques said he believed China and the United States, the two most important countries in the world, will fully understand free trade.

According to Jacques, the next 45-60 days will be very important and people should put disputes on the table, discussing them and sorting them out. 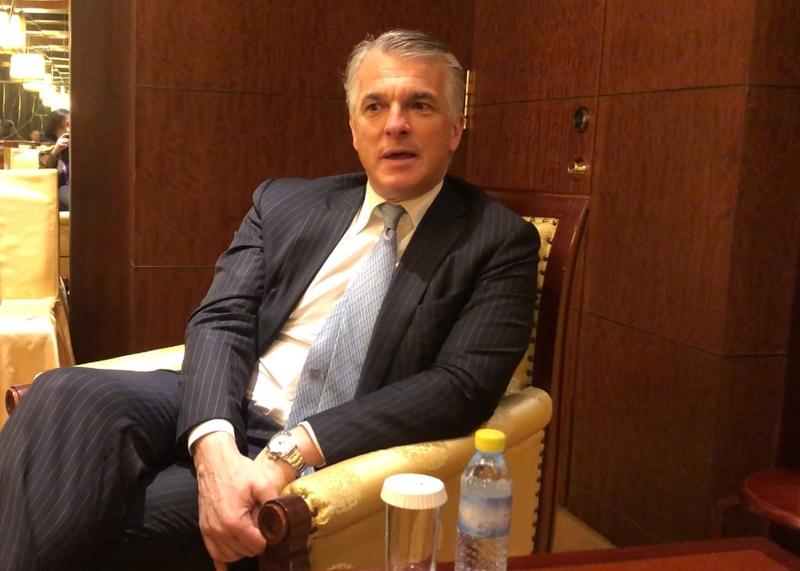 An escalation of trade tensions between the United States and China could drive down the global economy and multinational companies would suffer, said Sergio Ermotti, chief executive of UBS Group, on Saturday.

The trade situation between the two countries needs to be taken seriously as it will have global ramifications, and an escalation of the situation could be dangerous, Ermotti told China Daily on the sidelines of the China Development Forum.

While it is early to make a judgment on how the events will play out, the head of the Swiss bank said that it is not just a US and China issue, and the ramifications of potential moves of the US and what the countries may do to each other may trigger a complex situation.

"For the time being, we do not expect the measures so far to have a major effect on the economies and the financial markets, but if things move beyond where we are today, that will be our concerns," Ermotti said.

Others attending the three-day forum include the chief executives of IBM Group, Google Inc and Qualcomm Inc.