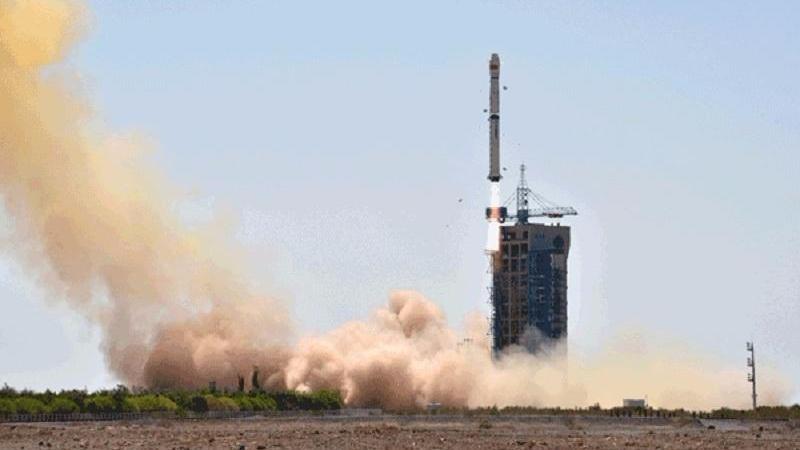 The Hard X-ray Modulation Telescope, atop a Long March 4B carrier rocket, is launched at the Jiuquan Satellite Launch Center on June 16, 2017. (ZHEN ZHE / XINHUA)

BEIJING — China and Brazil will launch a new Earth resource satellite next year, according to an official with the China National Space Administration.

The CBERS satellites are Earth remote sensing satellites, specifically designed for Earth observation from orbit for non-military use

The new satellite, the China-Brazil Earth Resource Satellite-4A, or CBERS-4A, will be launched in the second half of 2019, said Li Guoping, the secretary-general of the China National Space Administration, in a recent interview with Xinhua prior to a symposium held in Beijing Thursday, in commemoration of the 30th anniversary of China-Brazil cooperation in space.

The CBERS satellites are Earth remote sensing satellites, specifically designed for Earth observation from orbit for non-military use, such as environment monitoring, meteorology and map making.

According to Li, CBERS-4A, the new satellite to be launched, is assembled and currently going through tests in Brazil.  It is set to replace CBERS-4. CBERS-4, launched in December 2014, is currently in great condition although under extended service.

The two countries will also start the final design and research of CBERS-5 and CBERS-6. The two satellites will be successors to CBERS-4A, which is designed to serve for five years, said Li.

China and Brazil inked the agreement establishing the joint research and production of the CBERS series in July 1988. The program has set a good example for cooperation among developing countries in the field of space technology, and has been praised as a model of "South-South cooperation."