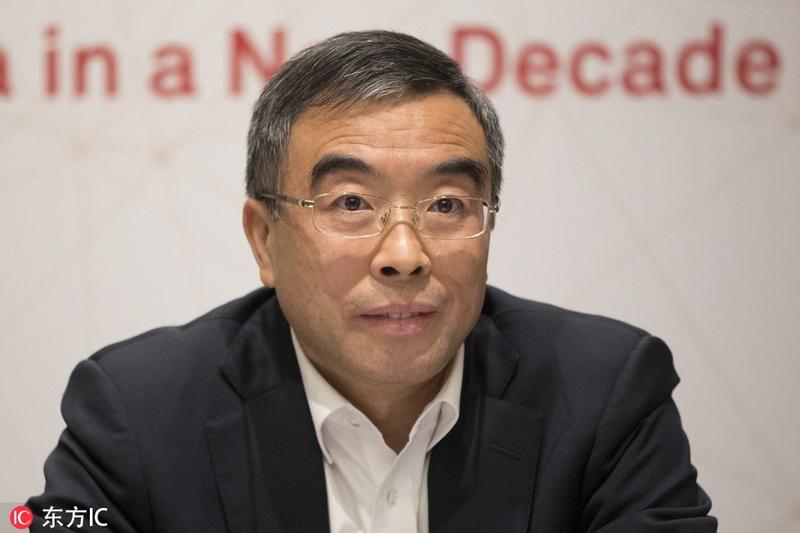 Huawei is committed to increasing R&D investment and collaboration with its partners in Canada despite the potential ban of 5G, Huawei Chairman Liang Hua told reporters on Thursday in Toronto.

Liang announced that Huawei will add 200 high-paying research and development jobs, expand R&D investments in 2019 by 15 percent, and change R&D investment practices to ensure all intellectual property generated in collaboration with Canadian institutions remains in that country.

“We will not change our approach on R&D investments, and we’ll continue to step up our investment in Canada,” said Liang, “We would like to work further with the telecom partners in Canada.”

As a global technology giant, Huawei has collaborated with Canada’s three largest telecom companies for a decade, spent millions to conduct research in partnership with universities, and employed more than 1,100 people in Canada.

Yet a ban looms over Huawei to prevent it from building 5G (fifth-generation mobile) infrastructure around Canada’s new telecommunications grid.

Liang said Canada is an “open and inclusive place” to operate business, and there is a way for the business to forge ahead in Canada.

“If Huawei were to be excluded from the deployment of 5G in the country, then there are still customers that will choose us. In that case, we will also continue to provide services to those customers that have chosen us,” he said.

Liang said Canada is an “open and inclusive place” to operate business, and there is a way for the business to forge ahead in Canada

Liang recognized that the current relationship between China and Canada is “not ideal” since Huawei’s senior executive Meng Wanzhou was arrested by Canadian police at the request of the United States in December.

But he said the arrest of a senior executive on American charges is “not common and rare”, and he couldn’t say that the US charging Meng is not “political driven”.

“I believe she is innocent, and I hope that the Canadian legal system could bring justice back to her. She can be freed and reunite with her family soon, but I am not a lawyer, so I can’t comment on the substance of the case,” he said.

“It is owned by 97,000-plus employees. There isn’t any other organization holding even 1 percent of the company’s shares,” he said.

Canada is considering whether to allow Huawei to supply equipment to 5G networks. Some Canadian allies have imposed restrictions, citing the risk of espionage.

Liang said that further development of the economy is based on free trade, and he hopes that the decision on 5G can be made based on “technology”, instead of “other factors”.

Huawei also pledged to work with local partners throughout Canada to provide affordable solutions for connectivity, especially in rural locations

“In the short term, there might be some political influence which will affect our business, but in the long run, we still believe that the tide of technological progress is irresistible. If we look around the history of evolution, we definitely can see the social progress brought about by technology,” he said.

Huawei’s leading position in 5G is largely attributable to its investments and dedicated efforts in technology innovation and R&D since 2009, Liang said.

“Moving forward, we will face the challenge and overcome the difficulties. Meanwhile, we will see the opportunity in the age of digitalization,” Liang said, adding that he had “faith” in political leaders “to make smart decisions … and not let good technology go to waste.”

ALSO READ: US urged to stop 'unreasonable suppression' of Huawei

Huawei also pledged to work with local partners throughout Canada to provide affordable solutions for connectivity, especially in rural locations.

For instance, a recently announced trial with ABC Communications will see the implementation of its rural broadband technology (Massive MIMO) in Lac La Hache, British Columbia.

“Whether it’s through helping rural communities stay connected through reliable high-speed internet, investing in R&D at universities throughout the country or contributing to training Canada’s future engineers, Huawei is proud of what has been accomplished,” said Eric Li, president of Huawei Technologies Canada.