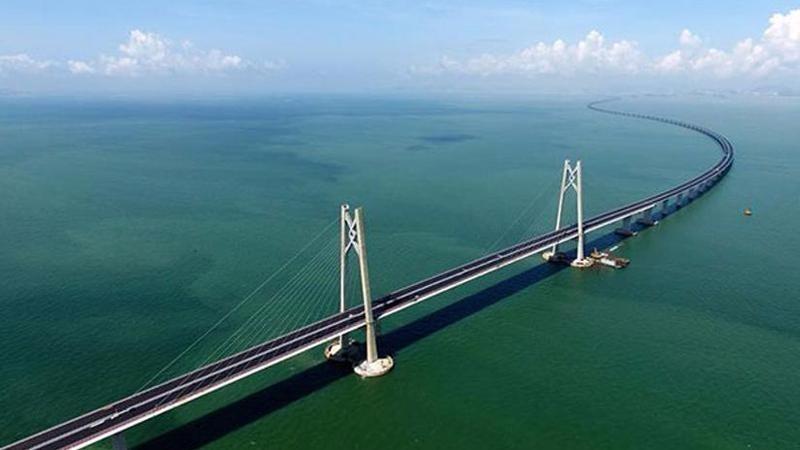 HONG KONG - The blueprint for the Guangdong-Hong Kong-Macao Greater Bay Area is expected to lay out the vision for the world’s largest bay area project, with the region emerging as a global centerpiece for science and technology, and a key gateway linking the Belt and Road Initiative, according to sources familiar with the plan.

Patrick Nip Tak-kuen said the blueprint will usher in a new chapter of development for the Bay Area to emerge as a world-class city cluster that offers economic prosperity, a favorable environment for diverse industries to flourish in, as well as high-quality living

The 11-city cluster – comprising the two special administrative regions and nine cities in Guangdong province -- will become a pioneer in implementing an innovation-driven development strategy led by the central government. The blueprint aims to deepen collaboration in turning the area into an internationally acknowledged economic powerhouse. Policies will establish the Bay Area as a magnet to draw resources for the drive toward greater innovation, making it a cradle for emerging industries, the sources said.

The details, expected to be unveiled this week, will support integration of the Bay Area and collaboration among the 11 cities involved. The development potentials of the three free trade zones in the region -- Qianhai in Shenzhen, Nansha in Guangzhou and Hengqin in Zhuhai -- will be tapped, the sources revealed.

Officials from the Guangdong, Hong Kong and Macao governments will attend a seminar in Hong Kong on Thursday to discuss and promote the blueprint.

According to the latest official data, the Bay Area’s total population in 2017 stood at 69.6 million -- greater than that of the world’s three existing major bay areas, San Francisco, New York and Tokyo combined. Its land area of 55,907 square kilometers is also greater than those of the three major competitors.

The central government supports the Bay Area in seeking high-quality development by fully utilizing the advantages of Guangdong and the two SARs. When completed, the Bay Area will present a world-class city cluster, embracing the BRI, and being competitive on the global scale. Vice-Premier Han Zheng -- a member of the Standing Committee of the Political Bureau of the 19th Central Committee of the Communist Party of China -- outlined the vision in August last year. He laid out the guidelines when he chaired the first official meeting of the nation’s top decision-making body on the Bay Area development. Government leaders of Guangdong, Hong Kong and Macao are also members of the principal decision-making body -- the leading group for the development of the Bay Area.

Asked whether the blueprint will be released soon, Patrick Nip Tak-kuen – the HKSAR’s secretary for constitutional and mainland affairs -- did not confirm the exact date, but pointed out it will offer broad policy directions and macro goals. He said the blueprint will usher in a new chapter of development for the Bay Area to emerge as a world-class city cluster that offers economic prosperity, a favorable environment for diverse industries to flourish in, as well as high-quality living.

There’s still a lot to be done after the document is revealed, said Nip. The Guangdong, Hong Kong and Macao governments will discuss and work together, with the support of central government authorities, to roll out concrete measures and coordinated policies in specific sectors in accordance with the blueprint.

Hong Kong’s strengths, first and foremost, the unique status the SAR enjoys under “one country, two systems”, and its international connections mean that the city will find ample opportunities in the region. By participating in the Bay Area’s development, Hong Kong is also expected to leverage its position as a global financial center, and the advantages in logistics, shipping, arbitration, legal services and creative industries to grow the economy, Nip said.