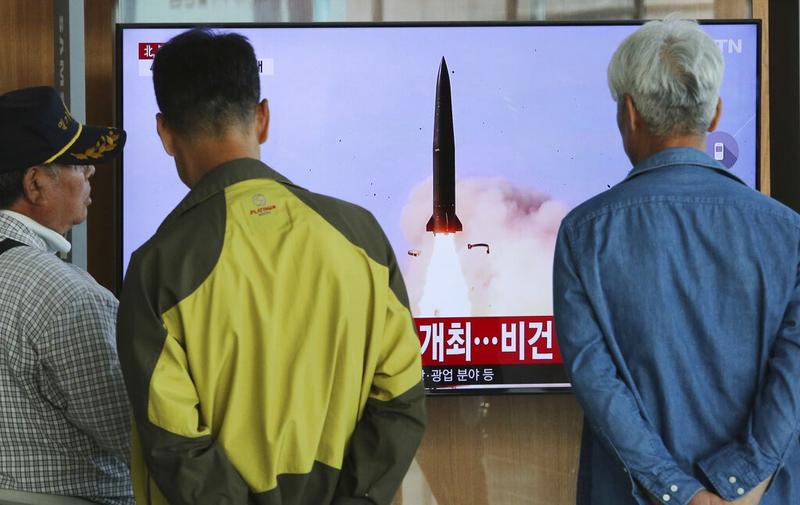 People watch a TV showing a file photo of the Democratic People’s Republic of Korea's weapon systems during a news program at the Seoul Railway Station in Seoul, the Republic of Korea, May 9, 2019. (AHN YOUNG-JOON / AP)

WASHINGTON - US President Donald Trump on Friday said Pyongyang's recent weapon tests were "very standard" and not "a breach of trust," US media reported.

"They're short-range and I don't consider that a breach of trust at all," Trump said in an interview with POLITICO.

The Democratic People's Republic of Korea launched two projectiles from its northwestern region Thursday afternoon. Days earlier, the DPRK fired several short-range projectiles into the sea off its east coast.

US acting Secretary of Defense Patrick Shanahan said Thursday that Washington understood what Pyongyang has fired. "But we're going to stick to our diplomacy," he said.

"We haven't changed our operations or our posture, and we'll continue to generate the readiness we need in case diplomacy fails," said the Pentagon acting chief.

Stephen Biegun, US special representative for the DPRK affairs, said Friday in Seoul that the door remained open for the DPRK's return to negotiations.