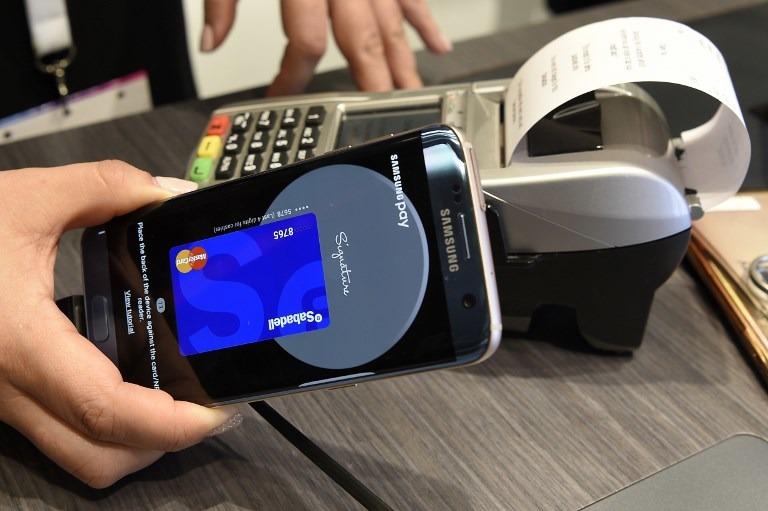 A person shows the "Samsung Pay" system on the first day of the Mobile World Congress in Barcelona, Feb 27, 2017. (LLUIS GENE / AFP)

SEOUL — South Korea is increasingly going walletless, as more people are opting to use services that allow payments to be made easily with just smartphones both offline and online.

With growing opportunities, smartphone-based payments have drawn interest from multiple players including information and technology companies, credit card companies and the government.

The QR payment service that attracts more businesses and consumers will ultimately dominate the market. But market watchers say the task may prove challenging in a country where other forms of mobile payment, like Samsung Pay, are already popular

From N Pay to QR Pay

Similar to US-based Paypal, users register their credit cards on N Pay or Kakao Pay, and they are then able to make purchases at compatible online shopping sites using just a passcode or fingerprint scanning, bypassing the complex authentication process previously required for online card purchases.

Samsung Pay has since grown quickly in South Korea, where a vast portion of the population uses high-end Samsung smartphones. In March 2018, Samsung announced that Samsung Pay had surpassed a total of 10 million users and hosted more than 18 trillion won (US$17.02 billion) in cumulative transactions in Korea.

While this business continues to develop, South Korea has begun to embrace another form of mobile payment: the QR code payment system in which people pay by scanning barcodes that connect straight to bank accounts.

It has been touted as a game-changing payment method that could replace cash and reduce transaction service fees, disrupting the traditional card-based payment paradigm.

The QR payment model is still new in South Korea, with related services introduced just last year. However, several players, including the government, have stepped into the QR payment business, fueling debate over which service will succeed. 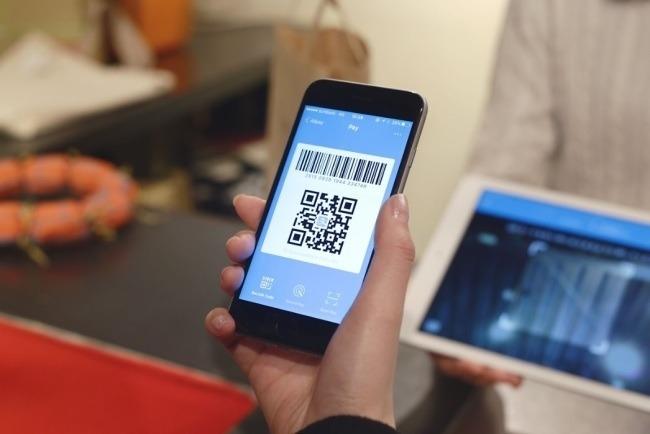 Currently in the lead is Kakao Pay, which launched a QR payment option in May 2018. A user can use the Kakao mobile app to scan a barcode, after which the corresponding amount of cash is withdrawn from an account and sent to a store or merchant.

As of December 2018, Kakao QR Pay had 190,000 partner stores and had handled 3 trillion won in transactions, according to Kakao Pay.

According to a report released last year by the Bank of Korea, 2.12 million won worth of mobile payment transactions were made daily in 2017, up 147.4 percent on-year

Eyeing the benefits of QR pay systems, the government has launched a similar mobile payment app called Zero Pay, in an effort to reduce card payment-processing costs for small merchants and store owners to near zero. The platform is currently in beta mode and will be officially launched in March.

To incentivize more consumers to use Zero Pay, the government has promised a 40 percent deduction in income tax for those who use the pay platform. It is a vast improvement from the 15 percent tax exemption rate applied to credit card usage.

Striking back, three Korean credit card companies — BC Card, Shinhan Card and Lotte Card — have teamed up to launch a QR code scan payment service of their own. Under the “merchant-presented mode,” customers would be able to pay by scanning QR codes at partner stores. The service is slated to be introduced this month.

Like Kakao Pay and Zero Pay, the card companies’ QR code option facilitates payments by drawing money from connected bank accounts. The difference here is that payment requests would be accumulated and paid in full on the monthly due date, similar to how credit cards work.

The card firms have also designed their QR code scanning system to match the standard stipulated by the Financial Services Commission. This means other local card firms can use the same QR scanner terminals to host mobile payments.

The QR payment service that attracts more businesses and consumers will ultimately dominate the market. But market watchers say the task may prove challenging in a country where other forms of mobile payment, like Samsung Pay, are already popular.

While the market is becoming more segmented, South Korea’s mobile payment business as a whole is growing. According to the 2017 Electronic Pay Service Usage report released last year by the Bank of Korea, 2.12 million won worth of mobile payment transactions were made daily in 2017, up 147.4 percent on-year.

The total volume of payments facilitated by simplified mobile pay services reached a record 67.2 billion won, up 158.4 percent from 2016, according to the BOK.