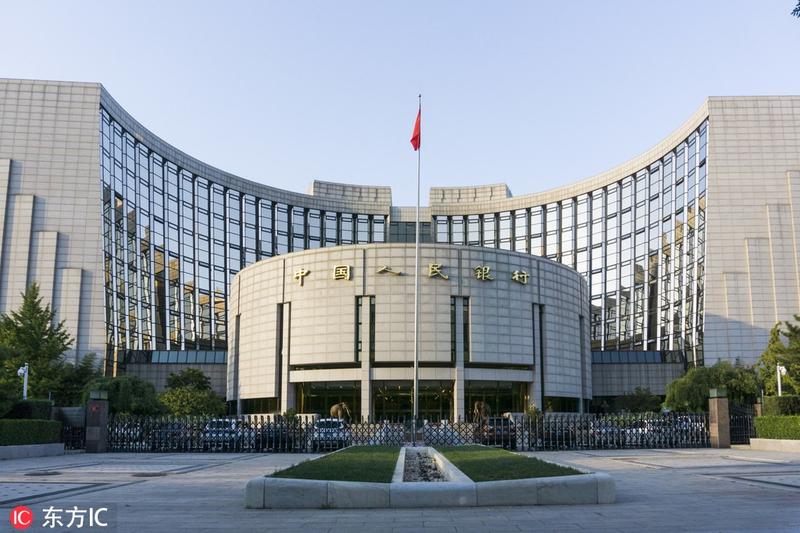 Headquarters of the People's Bank of China, the central bank, is pictured in Beijing, Oct 8, 2018. (PHOTO / IC)

More types of debt assets have been identified by China's financial regulator as "nonstandard" and will face tighter scrutiny from 2020, as the country steps up its efforts to rein in the shadow banking sector and control financial risks.

The nonstandard assets will face tightened regulations starting from 2020, including requirements like tenor, quota and information disclosure, said the PBOC

About 800 billion yuan (US$113.39 billion) of debt instruments, which were in the "gray zone" of financial regulations before, will be classified as nonstandard assets, analysts said, based on new standards proposed by the People's Bank of China, the central bank, on Saturday.

The new set of standards comes nearly 18 months after the PBOC tightened regulations on the country's 100 trillion yuan asset-management industry in April, 2018.

"These standards are important as the supporting regulatory measures of the new rules for asset management products, and they are stricter than expected," said Wang Jian, a researcher with the National Institution for Finance and Development under the Chinese Academy of Social Sciences.

The nonstandard assets will face tightened regulations starting from 2020, including requirements like tenor, quota and information disclosure, said the PBOC.

To avoid market volatility caused by the new rules, re-identifying the standard credit assets should respect the willingness of market participants and relevant financial infrastructure institutions. In addition, the regulatory requirements for the existing credit assets will remain unchanged during the transition period, to promote smooth transition and effectively prevent risk, said a separate statement on the PBOC website.

Other types of credit assets, which cannot be approved by the financial regulatory body as "standard", will all be identified as "nonstandard".

By the end of June, the outstanding non-guaranteed asset management products issued by commercial banks reached 25.12 trillion yuan, and 17.02 percent of that was invested in nonstandard assets, or about 4.27 trillion yuan, showed a report from the China Banking Wealth Management Product Registration and Depository Center.

The large amount of asset management products, including the nonstandard credit instruments, have contributed to the country's "shadow banking" sector, but they are still significant financing channels for small Chinese companies. The smaller borrowers often have difficulties in getting bank loans.

Less regulations and unclear standards on the credit assets before 2017 have accumulated financial risks, especially when the debt levels were rising.

The latest research from Moody's indicated that China's shadow banking industry was worth about 59.6 trillion yuan by the end of the first half, nearly the lowest level in three years. It shrank by about 1.7 trillion yuan from the end of 2018.

"The contraction has been led primarily by the continued decline in the asset management business originated by banks and non-bank financial institutions," said Michael Taylor, a Moody's managing director and chief credit officer for Asia-Pacific.

"With the continued contraction of core shadow banking assets, the net result is a slower pace of overall credit expansion and a narrower gap between credit growth and nominal GDP growth," said George Xu, an analyst with Moody's.